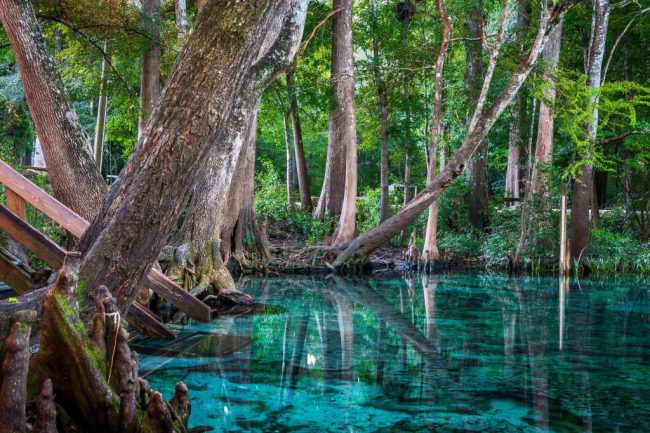 Florida’s picturesque Santa Fe River, the habitat cherished by so many people and the home to the crystal blue waters of Ginnie Springs, is one of the treasures of the state. The amazing springs are iconic and culturally valued and important for natural systems and habitats.

Ginnie Springs is much more than a fairytale-beautiful swimming site, as it waters are the lifeblood of the Santa Fe River ecosystem, a haven for rare turtle species.

However, if the plan by the food and beverage giant Nestlé succeeds, it might soon contain substantially less water flowing through. 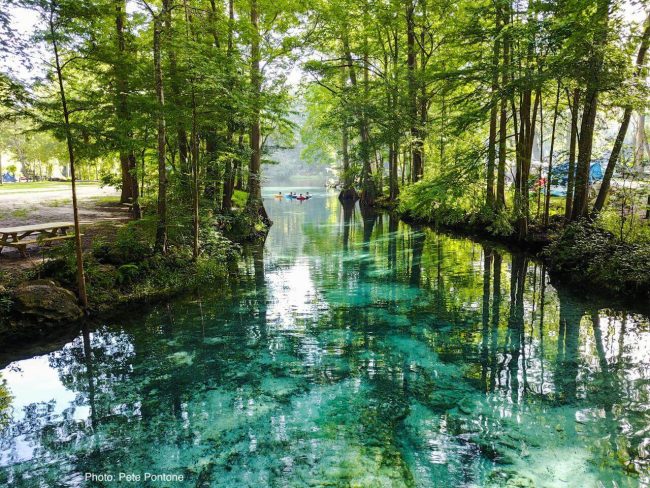 Environmentalists are outraged as Nestlé wants to plunder Ginnie Springs’ publicly owned water and sell it back to taxpayers for a giant profit, creating mountains of single-use plastic in the process.

According to conservationists, this would lead to considerably less water in Ginnie Springs, which could destroy the ecosystem and endanger the wildlife.

In a letter to the Suwannee district engineers in June, George Ring, natural resources manager for Nestlé Waters North America, reported that the facility is currently adding bottling capacity and expects a significant rise in production volumes equal to the requested annual average daily withdrawal volume of approximately 1.152m gallons. 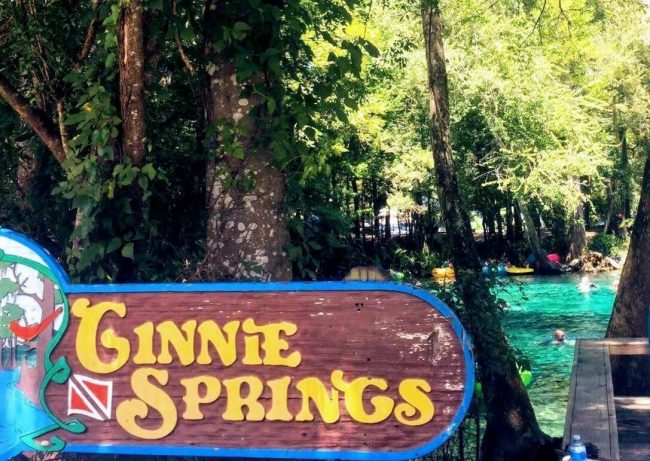 Yet, many argue that the river is already fragile and cannot sustain such a large draw, as it is officially deemed to be “in recovery” by the Suwannee River water management district due to years of earlier over-pumping.

Nestlé denies this, claiming that spring water is a quickly renewable resource. In a written statement posted on its website, Nestlé Waters North America said:

“We have worked to be a good neighbor in Florida for decades. Our commitment goes beyond just caring about the water. We value our relationships with Florida residents and community leaders, and always strive to create shared value within the communities where we operate.” 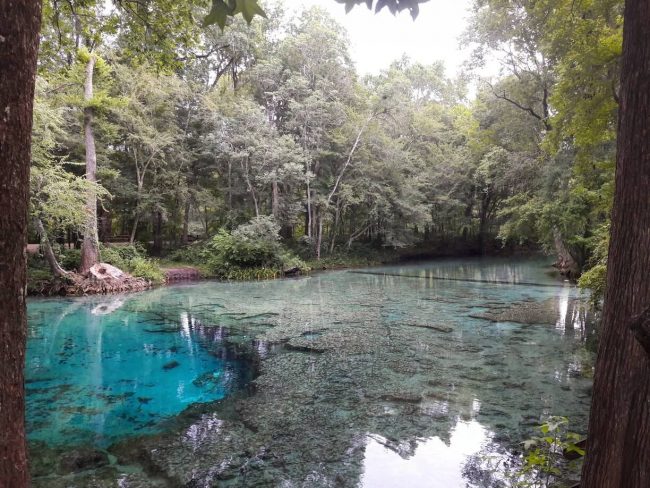 Nestlé produces its popular Zephyrhills and Pure Life brands with water extracted from similar natural springs in Florida, and while waiting for the permission, it has spent millions of dollars buying and upgrading a water bottling plant at nearby High Spring.

The company needs the Suwannee River water management district to renew an expired water use permit held by a local company, Seven Springs, from which it intends to purchase the water at an undisclosed cost.

Yet, company officials concede in letters to water managers supporting the permit request that its plans would lead to four times more water being taken daily than Seven Springs’ previously recorded high of 0.26m gallons for its customers before Nestlé.

Opponents to the plan have set up an online forum and petition and have submitted numerous letters dozens to disqualify the plan. 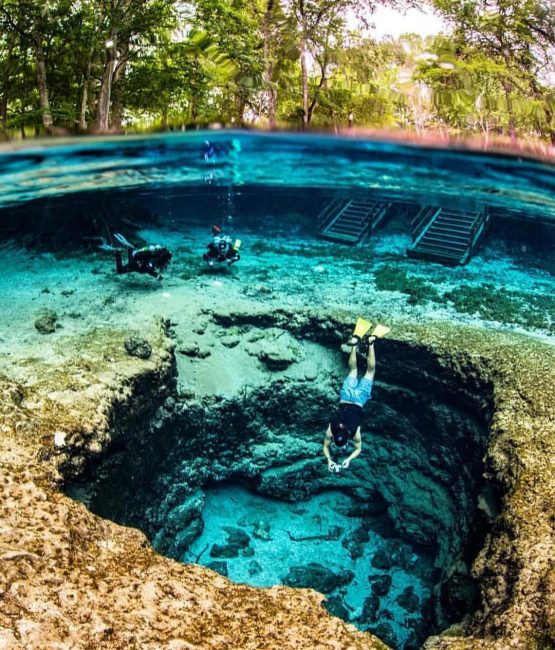 Merrillee Malwitz-Jipson, a director of the not-for-profit Our Santa Fe River, points out that the river is already in decline, so it would be impossible to withdraw millions of gallons of water and not have an impact.

Malwitz-Jipson adds that The Santa Fe River and its associated spring habitats are the natural habitat of 11 native turtle species and four non-native species. About a quarter of all North American freshwater turtle species inhabit this small river system, so reduced flows will lead to their degradation and will risk this diversity.

Furthermore, residents are horrified by the idea of a business practice that allows for taxpayer money to restore the spring, while allowing Nestlé to take water out. 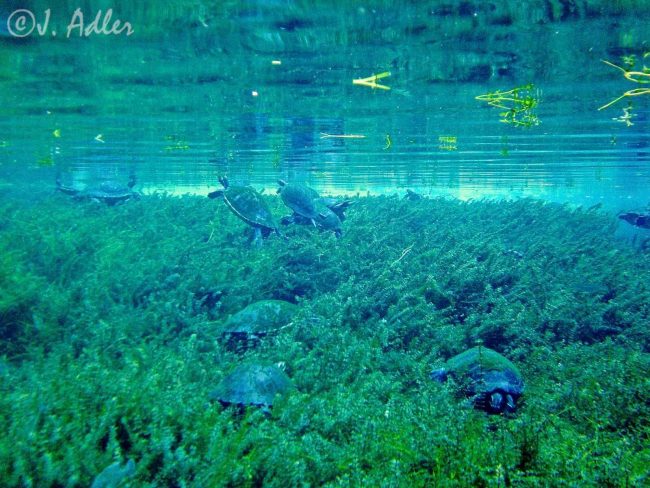 In a column for the Gainesville Sun, Jim Tatum, from the conservation group Our Santa Fe River, together with Malwitz-Jipson, criticized the business practice that allows for taxpayer money to restore the spring, while allowing Nestlé to take water out.

The Florida Water Resources Act declared that all the water in springs, rivers, and lakes is the property of the state, not the landowners, but it never set a price on water. Therefore, Nestlé will be able to take the state’s water, but not pay the state for it.

Stefani Weeks, the program engineer with the Suwannee River water management district, maintained that Seven Springs was seeking a five-year renewal of an existing permit instead of making a new application.

Therefore, board members could not consider in their final decision the Santa Fe River’s protected designation and a recovery strategy implemented in 2014 to restore reduced water flows and levels.

The district wrote to Seven Springs in July for a second time to request answers, so as soon as they respond, it will review that information.

However, this is not the first time Nestlé faces controversy over its water extraction activities.

In Canada, Nestlé is draining First Nations land while community members go without water for drinking and bathing.

In 2017, the state water resources control board of California issued a report of an investigation which found that the company diverted water “without a valid basis of right” from Strawberry Canyon in the San Bernardino national forest for use in its Arrowhead brand of bottled water.

Yet, it has been reported that Nestlé goes on disputing the finding and is still pumping water there – 45m gallons annually. Groups like the Center for Biological Diversity, Sierra Club, the League of Women Voters and the Save Our Forest Association were critical of Nestlé and its operations.

Nestlé spokesman Adam Gaber said that the facility will make a management plant in partnership with its local agents for the long-term sustainability of its water sources.

He added that just like all the owners of the High Springs factory before, they are not taking water from a publicly owned source, but are purchasing it from a private company which holds the valid water use permit.

Additionally, he said that Nestlé’s water use will always remain strictly within the limit set by the permit, as their business depends on the quality and sustainability of the water they are collecting.

Therefore, it would make no sense to invest millions of dollars into local operations just to deplete the natural resources on which the business relies.

At this point, Nestlé’s plan is still a proposal, so hopefully, conservationists will manage to denial of the corporation’s permit.

Isn’t it ironic that big corporations take water from a struggling eco-system, bottle it in plastic, and sell it back to us?

In the big picture, it’s obscene that a lot of people in the United States and around the globe don’t have affordable access to clean water. When people need to not only spend money on bottled water, but also go out and buy it, clean water access becomes not only an affordability issue but an accessibility one.

Three Boys Found Man About To Jump Off Bridge, Grabbed Him And Didn't Let Go