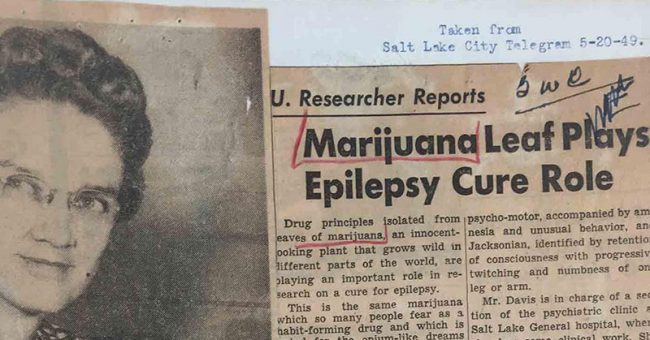 Many scientists maintain that cannabis has a dual personality, with a dark side, and a more positive one. The majority of us is confused when it comes to its effects, is it highly beneficial as many claim, or is it harmful, as others warn us?

This plant has always been controversial, and there is an ongoing debate over its legalization.  Yet, in the last few decades, certain states have changed their policies about it and started adopting laws that allow its medical use.

Certain states have even rolled out laws that legalize its recreational use. Information regarding the therapeutic benefits of it has garnered much attention, but many will be surprised to learn that scientists and medical professionals have been studying them for over 85 years.

This plant has been used as a remedy for centuries, and there is even evidence that it was used over five millennia ago on the territory that is now Romania.

The United States Pharmacopoeia lists marijuana as a patent medicine for the first time in 1850, and it was commonly used in the early 20th century.

In 1937, with the Marihuana Tax Act, the sale and use of marijuana were restricted for the first time. The U.S. government’s decision was mainly due to the fear that “Mexicans” will spread it throughout the country.

Five years later, it was omitted from the United States Pharmacopoeia, and over the next 50 years, its possession resulted in penalties. The Boggs Act of 1951 applied strict criminal penalties, and five years later, the Narcotic Control Act brought even stricter drug control penalties.

With the Controlled Substances Act in 1970, its use and even research were restricted.

Almost three decades later, in 1996, the state of California enacted the Compassionate Use Act, which legalized the use of botanical cannabis under the supervision of a physician.

Nowadays, cannabis is legal for recreational use in 11 states and 33 for medicinal use. As a result, numerous scientists have started to research its effects, potential benefits, and dangers, and uses.

Therefore, they discovered studies older than 80 years that indicate that marijuana can be useful for medical purposes and everyday health maintenance.

There is a document in Harry Anslinger’s archives called Bavarian Hashish in The Harry Truman Museum and Library, published by the League of Nations in 1934, that speaks about the use of cannabis sativa:

“Cannabis sativa is used to a limited extent in medicine in the United States as a mild counter-irritant. It is also used for the relief of neuralgic pain; to encourage sleep, and to soothe restlessness. It is often used in corn remedies. Their commercial products vary in strength and physiological action. The variability in potency is probably why it is not being more widely used.”

Yet, its draw was not in its efficacy, but its variability, something that would not be a problem with modern agriculture, which can properly control variables.

It was then difficult to reduce the variability and isolate the cannabinoids compounds, and modern medicine focused on isolating compounds for precision medicine.

In October of the same year, the report by District Supervisor B.M. Martin written to General Charles Gaither from the Commissioner of Police in Baltimore, Maryland, describes Cannabis indica (Cannabis sativa) as follows:

“The flowering tops of C. Sativa, of which there are two varieties, C. indica and C. americana, the former being more potent; they contain a resin, cannabin and a volatile oil, (from which are obtained cannabene, a light hydrocarbon, and cannabene hydride, a crystalline body). It is anti-spasmodic, narcotic and aphrodisiac.

In large doses, it produces mental exhalation, intoxication, and a sensation of double consciousness. It is used in Migraine, in paralysis agitans, in spasms of the bladder, in sexual impotence, in whooping cough, in asthma, and in other spasmodic affections…”

Yet, B.M also writes that its continued use would be very harmful, which is quite illogical after discovering so many positive attributes of the plant. Therefore, his claim might be caused by the fact that the writings label cannabis as a “narcotic,” and at the time, Uniform Narcotic Laws to control narcotic trade were being implemented nationwide.

In 1949, Dr. Jean P. Davis of the University of Utah medical college found that “drug principles isolated from the leaves of marijuana… play an important role in research on a cure for epilepsy.”

She discovered that epilepsy drugs were actually synthetic substances related to cannabinol, found in marijuana leaves, but they did not produce the “high” feeling.

She also reported that “drugs have been found effective about 50% of the time” and that the future for epileptics was “very bright because of not only one new drug, but a whole field of new compounds to combat epileptic seizures.”

In 1966, Dr. Edward G. Taylor at Princeton University said that “marijuana may become the father of a whole new generation of drugs [that can help cure diseases].”

Nowadays, numerous medical experts hope that marijuana can be the solution to numerous health issues, including:

Cannabis has been used as a treatment of epilepsy since ancient times, due to the presence of Epilepsy cannabidiol (CBD).

In the last few years, studies include more participants and have found very positive results, including a dramatic reduction of seizures. Yet, we must note that in all these trials, CBD was used in a combination with epilepsy medication, so it is unclear if it reduces seizures, or it just boosts the effects of the medication.

The number of such studies is limited, but those that do exist investigate the effects of the combination of CBD and THC together, not CBD alone. Yet, many scientists have found that cannabinoids effectively relieve pain in general.

Many multiple sclerosis patients turn to cannabis as an alternative treatment and claim it has positive effects. Many reports maintain that cannabinoids can relieve the symptoms of this condition, but there is a need for more clinical trials to learn the mechanisms by which it occurs.

Researchers are investigating the effects of cannabinoids in the case of asthma, and many studies suggest that THC activates CB1 receptors, which are responsible for the harsh cough caused by asthma.

Other studies show that asthma symptoms are reduced by the bronchodilator and anti-inflammatory effects of cannabis, but more research is needed.

When the 2018 Farm passed on December 20th, millions of people hoped that they will finally enjoy the benefits of the ancient plant legally, but the FDA released a statement adding that CBD was not an approved dietary supplement, adding that the only legal hemp products were hempseed oil, hemp protein and hemp hearts, which had officially received GRAS status (Generally Recognized As Safe).

For now, the FDA will need to rely on Congressional support to pass a law, as it cannot resolve the hemp-derived CBD regulation on its own.

To conclude, there is centuries-old evidence that marijuana can offer various therapeutic benefits. Yet, more research is needed so we can be sure of its potential uses and effects in the treatment of various ailments.

You Are Never Too Old To Need Your Mom