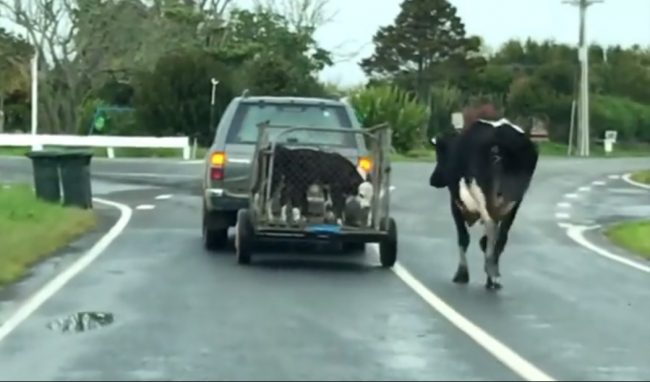 Our fast-paced and hectic lifestyles have taught us to often take things for granted, and not to question things, even though we can change them for the better.

PetPedia reports that, despite all of this, 75% of Americans still believe they are buying cruelty-free meat, eggs, and dairy.

Many were shocked to watch the video released by the New Zealand-based animal rights group SAFE (Save Animals From Exploitation), showing a mother cow chasing after her calves after they are being driven away in a cage.

The organization received the clip by a concerned citizen, even though the details behind it are not known.

In a Facebook post, SAFE explained that in New Zealand, up to 2 million calves, days after birth, are sent to slaughter as “wastage.”

“Cows are wonderfully curious and sensitive beings who would naturally live in small herds, form close friendships with others, and develop a social hierarchy. Relationships are important to cows, and each one can recognize more than 100 members of their herd. Cows also form strong bonds with humans and can be as affectionate as dogs. Sadly, these sweet, peaceful beings are exploited in many ways.”

Cows are often mistreated on dairy farms. They are impregnated to produce milk, and ways after the birth of the calves, they are taken away from them. During these traumatic separations, mothers often call for their little ones in a heartbreaking way.

“If their babies aren’t slaughtered immediately, the females are doomed to lead the same lives as their mothers, while the males are sold into the veal industry—where they’ll spend the rest of their short, miserable lives chained up and malnourished.

Without human intervention, calves suckle from their mothers for nearly a year. One veterinary study revealed that “during natural weaning, there is never complete and abrupt abandonment of the calf by the cow. In fact, the … cow and calf will maintain a lifelong relationship of social contact and companionship.” 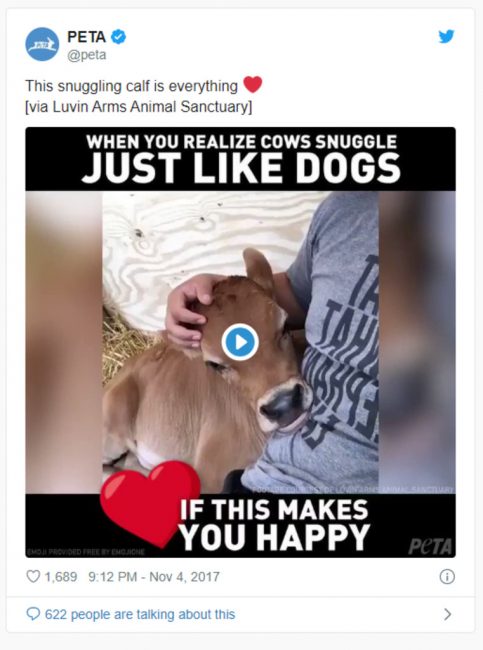 A dairy cow should normally live for 20 or more years, but the constant cycle of breeding and lactation makes cows age much faster.

Dairy cows spend only a few short months between each pregnancy and are typically killed after five years, as their bodies break down and they can no longer be exploited by their handlers.

On the other hand, calves left to live with their mothers have better social skills and are more playful, gain more weight, and have better health with lower morbidity and mortality rates.

Don’t you agree that putting a stop on these practices is a must?

Make Your Own Natural Tick Deterrent