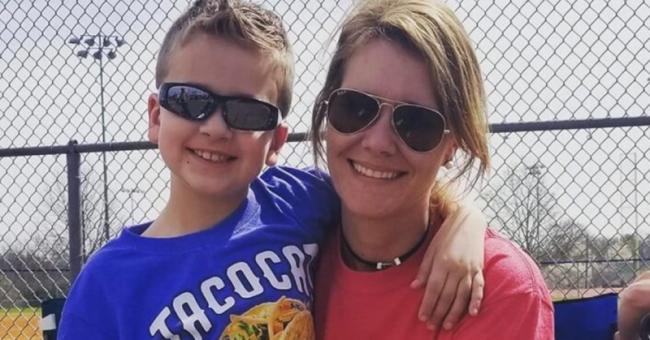 The world is changing at a rapid rate, and modern technology seems to improve even faster. As new technology unfolds, it changes the way children relate to screens.

Nowadays, our kids can no longer avoid looking at the screens, as screens and devices are an ever-increasing part of modern life. They use tablets in schools, they all have their smartphones in their pockets, they use portable video games in the car, and they have iPads and huge TVs at home.

However, the technology-driven society has brought its negative consequences as well.

While we all know that too much screen time can be harmful, we don’t always realize the way it can change our behavior.

Dr. Graham from the Capio Nightingale Hospital, a mental health hospital based in central London, explains:

“When people feel an uncomfortable sense of withdrawal when not online, we know that the relationship with technology is not being managed properly.

Yet when electronic devices start to have more influence over behavior than anyone else or anything else, when children become very distressed when technology is removed from them, that is the moment when really you need to start changing things.

It is important to restrict the time children spend using technology to help prevent forming an unhealthy dependence.”

Video games and electronic addictions are a serious problem among kids and teens.

Yet, the situation is alarming in some families, and parents complain their kids keep their noses buried in their electronics all the time, so they miss real life.

Therefore, a mom of two has decided to loosen her son’s attachments to electronics.

Susannah Lewis was aware that she had let things slide for a little too long, but when the 8-year-old boy was found using his iPod at midnight on a school night, she and her husband knew it was about a time to do something about it.

When they told the boy that he was no longer allowed to use the iPod or play video games, she explained that he was so enraged, that he even “said some horribly disrespectful things to my husband and I.”

Looking at him, “screaming like a lunatic” she was scared “to the point of tears.”

He felt the guild for giving the boy an iPad when he was three to entertain himself while the family was on road trips.

Susannah is a writer, so to be able to complete her work without interruptions, she would also often send her son to play games.

When her husband locked away every gaming console, she realized her son was addicted to electronics.

Yet, the no-screen rule brought about a wonderful change.

At one point, Susannah even tested her son for ADHD as he was so inattentive, but now, he listens to everything she has to say to him.

“I ask him to do something one time, and it’s done. He’s not preoccupied with thoughts of gaming or too busy searching for his iPod or even so enthralled with a game that he has blocked out my voice.

He is happier. He is kinder to his sister. He goes outside to play without me suggesting he do so. He hasn’t had a single fit of anger. He reads books or draws when he’s bored, and he loves it. His teacher said he’s more attentive. He hasn’t woken up late for school one time. He talks more. He looks out the window when we’re in the car and asks questions… I’ve never been so happy to play “I Spy” in my life”.

It’s as if these last 8-10 months, he’s been brainwashed by Fortnite, Minecraft, Aliens Vs. Zombies and Roblox on repeat”.

Susannah put away her phone more often as well, so she could lead by example and spend quality time with her children.

Fifteen days after the electronic detox, she let her son use his game console and iPod again, but this time, when the screen time was up, he got off without a complaint and found something else to do.

In an attempt to help other parents improve their children’s behavior, Susannah shared her story and wrote:

My boy is happier. He’s kinder. He’s eager to learn and talk about things other than games… It’s good to have him back”.

A digital detox is a designated period when one desists from using electronic devices connected to the internet. Unplugging might sound like torture to an adult too, as we have all become dependent on electronics to entertain us, but this is a fantastic opportunity to lower stress and focus on your priorities.

At least limit the screen time for the entire family at first, and eventually, go for a full detox. Screens should never replace your family time and face to face communications.

We live in a techno-oriented 21st century, so we all need a digital detox, no matter who you are and how old you are.