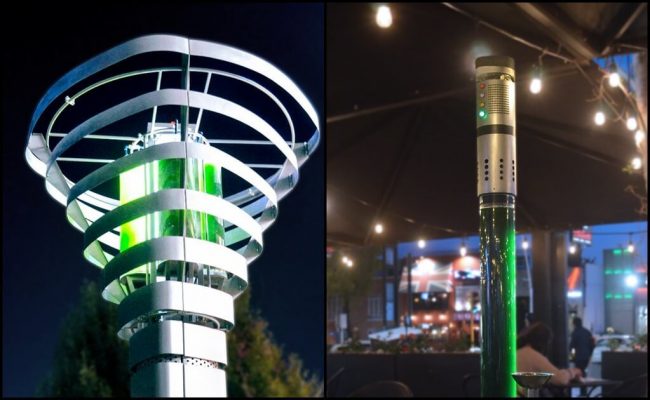 BiomiTech won the ultimate award in the innovation category at the Contamination Expo Series 2018 organized in Birmingham, England. The BioUrban 2.0 system uses microalgae to turn contaminants (carbon monoxide and nitrogen oxide) in oxygen.

The Mexican company is proud of the invention, and it’s 100% Mexican. Jaime Ferrer is the founding partner of BiomiTech had an interview with Milenio, and used the opportunity to talk about the system.

According to him a single BioUrban system has the power to carry out the photosynthesis process and release oxygen equivalent to the oxygen released by 300 trees. Trees won’t be replaced, and the systems may be placed near roads and intersections.

The purification system is four meters high and it uses steel casing. The apex is three-meter wide and has 500 liters of microalgae which is enough to filter up to 99.7% of the particles. Its shape resembles a tree.

That’s not all. The system also has a sensor to monitor the quality of air. There’s wireless internet capability that transmits the data it collects. Waste microalgae can be used as a raw material in the production of biogas and biofuels. 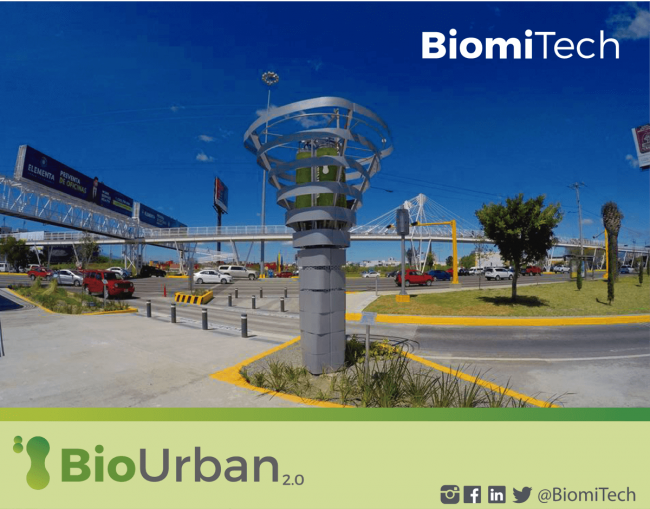 The first system was installed in Puebla in 2017. Hopefully, the invention will be installed throughout the country. The company won the Latam Edge Awards which supports the development of Latin American technology companies in the UK.

The filtration system has the power to capture more than 13 million cubic meters of air. It releases oxygen equivalent to the oxygen released by 368 young eucalyptus trees within a year.

Baby Weasel Takes A Magical Ride On Woodpecker’s Back

Teen And Cow Lose At State Fair, Take A Nap Together And Win Hearts Of Millions Instead