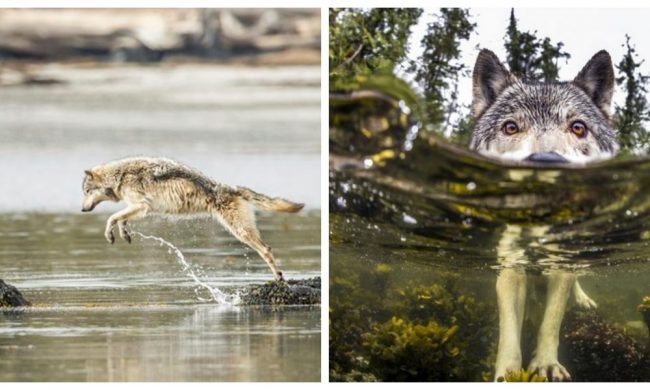 Mother Nature has proven its boundless imagination so many times, by creating endless diversity of unique creatures.

International folklore is rich in tales about imagined animals and mythical beasts, but Nature is so perfect that it has already designed much more fantastic and flawless creatures than dragons and unicorns.

If you look into the animal kingdom better, its variety will fascinate you, but at the same time, you will surely be surprised by how little we know about the other living being with whom we share this planet.

Sea wolves are a great example of this. They are real, and they live along the Pacific coast of British Columbia! Yet, seeing them is quite rare as they hardly ever hide in forests.

British Columbia is very sparsely populated, so sea wolves live in isolation in the 21-million acre area, often referred to as a “bastion of biodiversity”.

In the early 2000s, an award-winning photographer and Executive Director of pacificwild.org, Ian McAllister, and Canadian wolf biologist Paul Paquet started studying them.

They have been dedicated to the research for almost twenty years to date, and it has provided some pretty remarkable facts.

Sea wolves mostly rely on the ocean for food, and the larger part of their diet focuses on salmon. Also, they hunt seals, river otters, barnacles, clams, herring eggs, and whale carcasses.

Most extraordinary is their swimming ability, often swimming across miles between islands.

“We know from exhaustive DNA studies that these wolves are genetically distinct from their continental kin. They are behaviourally distinct, swimming from island to island and preying on sea animals. They are also morphologically distinct — they are smaller in size and physically different from their mainland counterparts.”

“There’s little doubt these wolves once lived along Washington State’s coast too. Humans wiped them out. They still live on islands in southeast Alaska, but they’re heavily persecuted there.”

To capture their magnificent nature, he approached them while they were swimming towards him, and they got so close that he could hear them grunting into his snorkel.

He took several frames before he pushed back into deeper water.

Scroll down to find impressive photos of sea wolves, which are part of a great series from a book entitled “The Sea Wolves, Living Wild in the Great Bear Rainforest”, by authors Ian Mc Allister and Nicholas Read.

The book emphasizes the importance of saving the Great Bear Rainforest, as the home of numerous unique creatures. 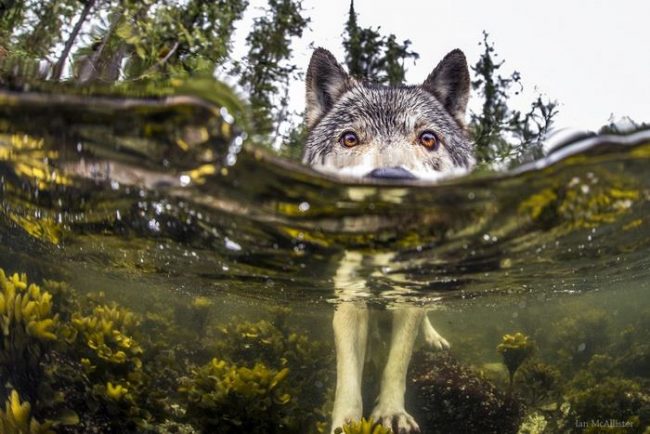 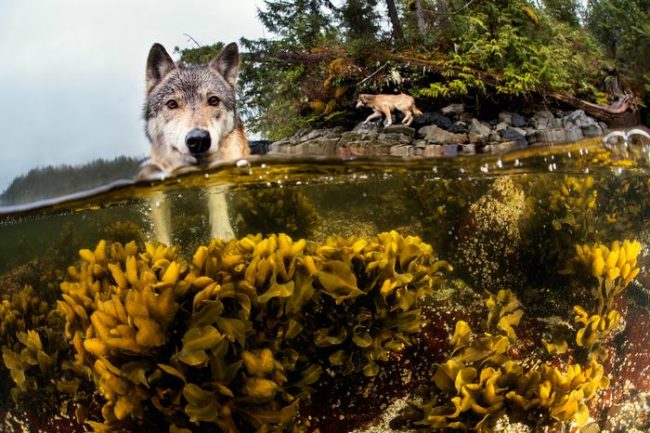 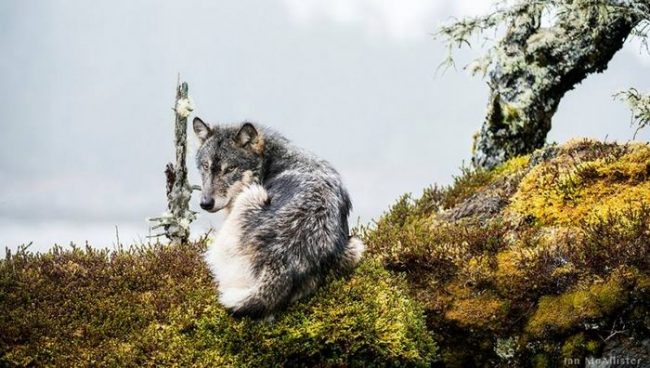 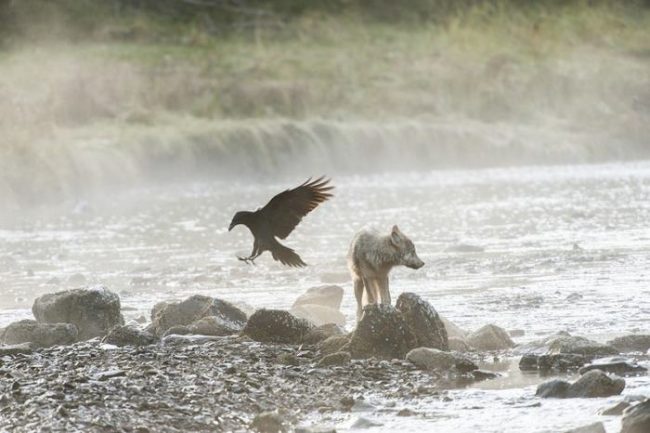 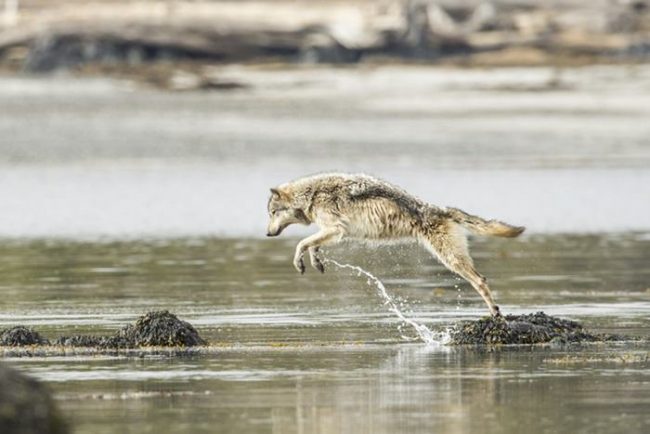