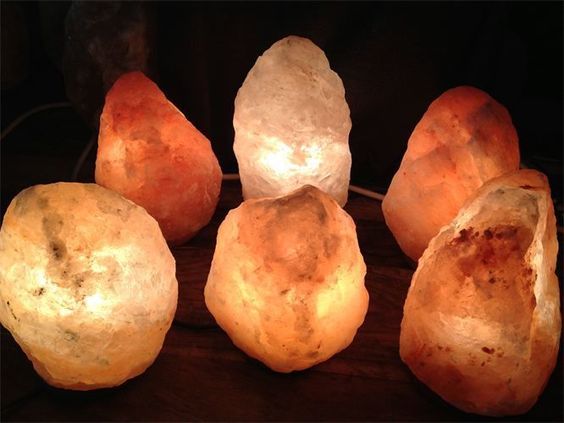 People went crazy for the amazing Himalayan rock salt lamps, and everyone has their own reason to own one. Some love these lamps just for their look, and others are stunned by their health benefits.

But, the brand is what matters. The Consumer Product Safety Commission required that thousands of Himalayan rock salt lamps are recalled ASAP.

This applies to three lamps from Lumière that were available at Michaels and through in the period between July and November 2016. If you ordered yours via Amazon, you should be concerned, too.

Michael’s stores recalled over 80,000 pink Himalayan salt lamps after the incidents in which lamps shocked or caught fire.

Lumière Basket of Rocks, Carnival of Lights, and Rock of Gibraltar have dimmer switches and other plugs that often overheat and ignite. You don’t want this to happen to your salt lamp, right?

The recalled lamps are made from pink salt blocks.

Customers are advised to check the barcodes of their lamps, and return the product to US Michaels stores if they bought a lamp from the recalled series. The store will give their money back.

“Working together with the CPSC, we have recalled the line of Lumière Himalayan Salt Lamps sold between July 2016 and November 2016,” a Michaels spokesperson stated.

“The safety and well-being of our customers is our top priority and we have taken immediate steps to remove this product from our stores, inventories, and supply chain. We apologize to anyone who have been affected by this situation and are providing full refunds..com”

Do you have one of these?

The first thing you should do is check if you bought one of the recalled lamps, and you can do this by checking the SKU and UPC numbers:

Look for these numbers on your salt lamp and the box you bought it in.

Next, unplug the lamp now! If you’re unable to do so at the moment, go to Michael’s store and get your money back.

These lamps were first designed to cleanse the air in your home, and give a smooth dim light to your room.

There’s scientific evidence behind the huge popularity of these lamps. Himalayan pink salt lamps have the power to increase the number of negative ions in the room you keep them in.

What makes these lamps so powerful?

You should know the real power of heated Himalayan pink salt lamps:

There are three main action principles associated with the function of the Himalayan salt lamps.

When heated, the salt first absorbs the water, and then evaporate it. In this way the lamp releases the ions after the altering process. The salt turns into solution after getting in touch with the water molecules.

Have you ever heard of the Schuman resonance frequency? It means that every form of life on Earth is attached to an electromagnetic field of vibration. Electronics and industrialization expose you to artificial electromagnetic wavelengths and other frequency values.

Heated Himalayan salt lamps have neutral atomic structure, and thus they regulate the artificial frequencies, and neutralize the “electro-smog.”

The light waves of the rainbow spectrum (300-700 nanometers) are important for your health. Cells in your body get new energy through electromagnetic wavelengths. The wavelengths of the salt rock go within the upper nanometer zone (600-700 nanometers), and release positive, calming wave.

Some people love these lamp for their appearance. These will sure make your home look pretty and warm.

14 Foods To Avoid And Eat On An Empty Belly

This Cannabis Capsule is So Powerful it Could Replace Painkillers