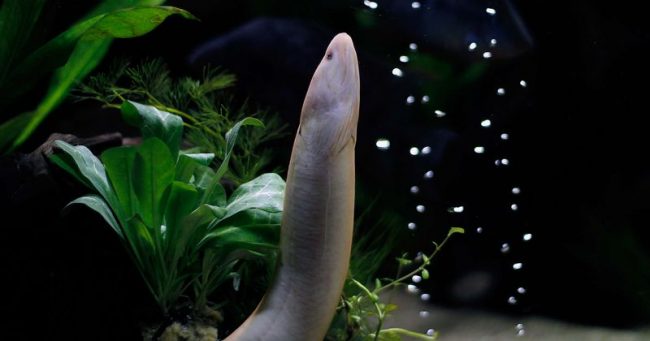 Constipation is frustrating, irritating and sometimes painful. But, sticking an eel up your backside is never a good idea.

Well, Liu doesn’t agree on this one. He is an adult Chinese who thought that this method would be of great help in his situation. The 45-year-old man from Baiyun District in Guangzhou, capital of south China’s Guangdong Province, ended up in a hospital.

The Chinese man sought medical advice after suffering from constipation. One of his friends suggested that he tries a folklore method. He had to us a live eel.

Instead of consulting a professional, Liu decided to opt for the eel method. He was later admitted to hospital with severe stomach pain. The man didn’t say much about his “adventure,” and had an emergency surgery. That’s how doctors found the 1.2-inch thick eel inside his stomach.

Dr. Zhao Zhirong, surgeon, shared details of the surgery. The eel was stuck amongst all the feces and food debris. His pancreas was punctured, too. The eel tore Liu’s intestine, and damaged his stomach. He could die!

The body of Asian swamp eels is slender and scaleless. That’s how they move in waves, and burrow without any trouble. Eels have sharp teeth and one V-shaped gill beneath their head. Liu’s life was in danger, and he could have died a few minutes later.

sitting in a lecture about a man that inserted an eel into himself to try to relieve his constipation 😳 ermmm what?!

Instead of shoving eels up your backside, consider boosting your fiber intake. The friendly bacteria in your intestine needs fiber to do their job efficiently as explained by Erica Sonnenburg, Ph.D., and senior research scientist in the department of microbiology and immunology at Stanford University School of Medicine. She is also co-author of The Good Gut.

Fiber-packed fruits are a must. Eat more raspberries, peaches, apricots, plums, raisins, rhubarb and prunes. Raspberries have twice the amount of fiber contained in strawberries. Don’t peel your fruits as the peel has a lot of fiber.

When it comes to whole grains, add oats, brown rice, whole wheat, quinoa, barley and rye to your menu. Don’t forget to drink plenty of water and eat leafy veggies. These contain a lot of fiber and magnesium.