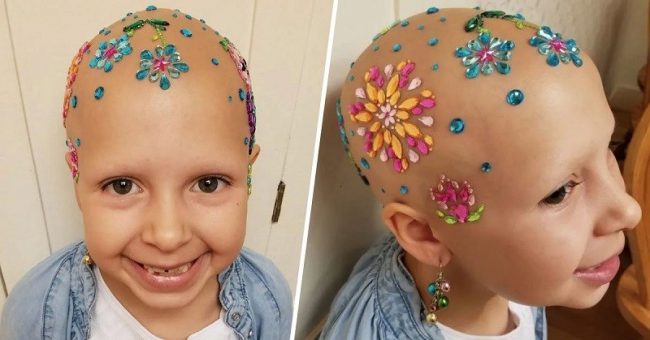 Most children love Crazy Hair Day at school, but can you imagine how it feels like if you don’t have hair?

A seven-year-old girl showed that it can still be fun though!

Two years ago, in March, Gianessa and her mother were nervous the days before Crazy Hair Day, a themed day at school her daughter always enjoyed, as the girl suffers from alopecia, a condition which makes the hair fall out in round patches. 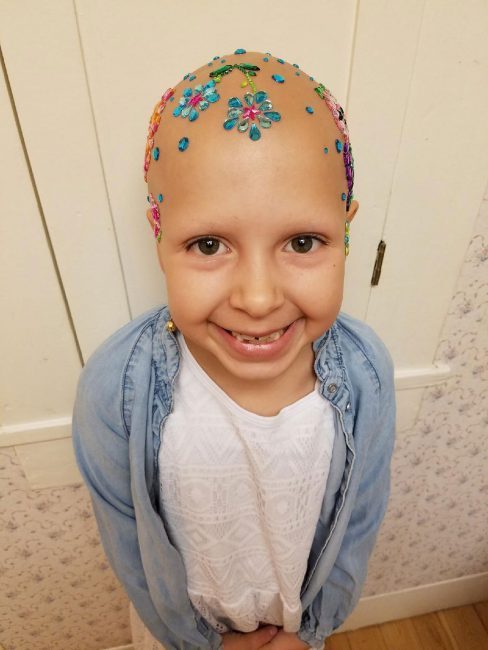 Daniella Wride, a nurse, noticed it when she was brushing her hair, and soon afterward, Gianessa’s entire hair has gone completely. Daniella believes it is due to great stress after the death of her grandmother.

The mother said that it was upsetting to Gianessa, but hard for her as well, as she feared that she might get bullied, and didn’t want her to ever feel less beautiful than she is.

However, the two were determined to not let the day beat them, and the mother got a fantastic idea. 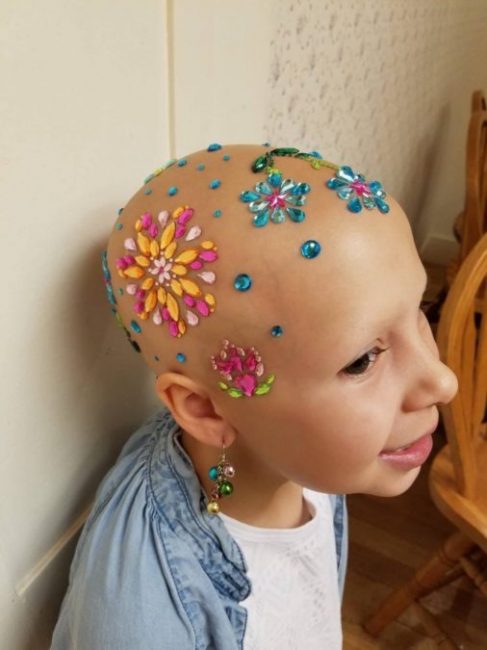 She transformed the scalp of her daughter into a gorgeous art piece using sparkling jewels!

The designs of the adhesive jewels included a sparkly owl and flowers.

The mother explained that Gianessa wants to be a fashion designer one day, and she loves sparkles and glitter, so when got the idea when she found some adhesive jewels in cool designs in the scrapbooking department of a local store.

She added that it was a good fit for her personality, and adds some fun to what could be a stressful time for a girl with no hair.

Daniella explained that her classmates loved it as soon as she opened the car door in the car drop-off lane and they saw Gianessa.

At the end of the day, the girl was chosen to be the winner of Crazy Hair Day, and when she got from school, she told her mother that they all absolutely loved her crazy hair. 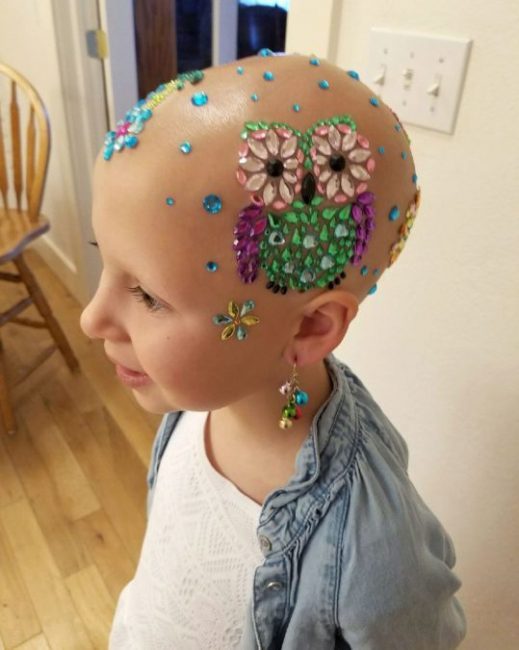 Daniella was told that Gianessa will probably be bald for the rest of her life, but as wigs make her head itch, they use beanies, hats, and scarves.

The duo remains positive, and the mother always reminds Gianessa that she is “awesome, with or without hair.”

She also encourages other people with the autoimmune disease to wear whatever feels most comfortable for them, a wig, a scarf, hats or they can simply decide to rock the bald look.

For her part, Gianessa has been taking her hair loss in stride, opting for colorful scarves instead of wigs, and telling people simply: “My body doesn’t like my hair.”