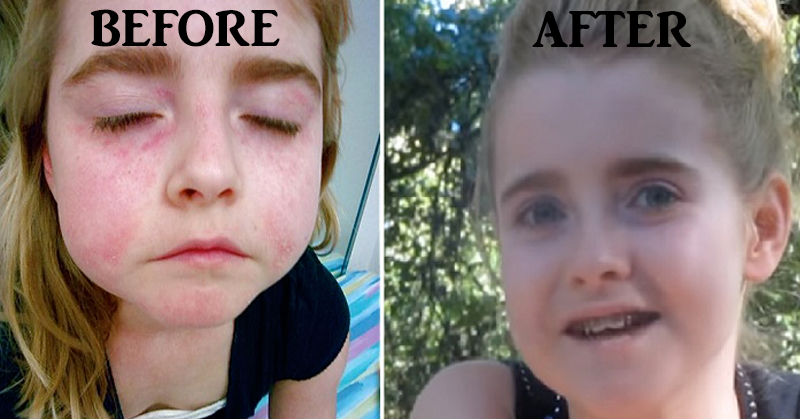 More than 50 million Americans suffer from some kind of autoimmune disease, such as type 1 diabetes, celiac disease, Crohn’s disease, and fibromyalgia.

“In a healthy immune system, this communication is clear and specific; the body can tell the difference between a foreigner and itself. But in autoimmune disease, the immune response is flawed, and the communication system breaks down.

However, numerous researchers have found that the underlying reason for all these conditions is inflammation.

A report published in The National Center for Biotechnology Information (NCBI), which is a part of the United States National Library of Medicine (NLM):

“There are multiple explanations of how the “Western lifestyle” favors the development of autoimmunity. The hygiene hypothesis states that high standards of hygiene and good health care reduce the burden of infections, but can also limit exposure to pathogens that are potentially beneficial for proper function of the immune system.

Psychosocial stress generated by high demands on productivity, as well as smoking and alcohol consumption, may be additional lifestyle-associated risk and severity factors for autoimmune diseases.  Finally, lack of physical activity in combination with excess calorie intake and frequent consumption of ‘fast food’ causes a high prevalence of obesity in developed societies. “

At the time of her visit to Dr.Mark Hyman, the 10-year old girl Isabel suffered from a severe case of an autoimmune disease, that was believed to be a mixed connective tissue disease or MCTD, and she was diagnosed with rheumatoid arthritis and systemic lupus erythematosus.

Doctors believed there was no cure, and her symptoms only aggravate over time, affecting all parts of her body, her skin, muscles, liver, blood vessels, and blood and red blood cells. Her face and joints were swollen, and she took steroids, aspirin and acid blockers, which made her constantly fatigued.

Her previous doctor advises chemotherapy, to suppress the activity of her immune system but this only raised the risks of cancer and death due to an infection. Therefore, she decided to consult Dr.Hyman, and within a year, she was completely healthy, took no medications, and her blood tests were normal.

Dr.Hyman tried a different approach than previously and attempted to discover the root of the problem, instead of treating its symptoms.

“Medicine today approaches most disease by suppressing, covering over, blocking or otherwise interfering with the body’s biology. We generally do not attempt to seriously address the underlying problems that lead to the disease in the first place.”

He found that a few dietary changes in her diet could treat the inflammation in the body.

She was told to avoid sugar, dairy, and gluten, and take supplements like fish oil, multivitamins, Vitamins D and B12, folate, and an anti-inflammatory evening primrose oil, which is a powerful anti-fungal, a probiotic and a mercury chelating agent.

The elimination of gluten, dairy, and sugar, as well as these potent supplements and vitamins,  helped her body fight the inflammation and heal itself. Soon afterward, this helped her relieve all her symptoms, and Isabel decided to share her story with the rest of the world.

“I can ride my horse again, I’m off all these stupid medications, and… I feel great!”

When Is The Right Time To Eat A Banana?