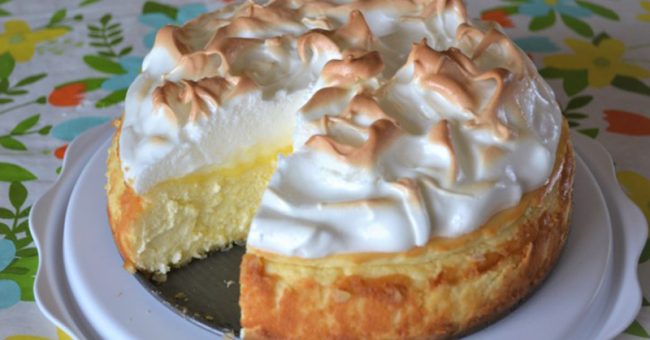 We all have a favorite dessert, the only thing we crave for whenever we are on a diet, and the food that reminds us that life is in the small things.

Cheesecake is among the most popular desserts worldwide, as it is full of flavor, and has an irresistible sweet, cheesy, but slightly tart flavor… it simply melts in your mouth!

Yet did you know that this creamy cake has been invented in Greece?

First of all, this dessert is not a cake, but a baked cheese custard pie with a crust, believed to have been given to athletes competing during the first Olympic games in 776 B.C. to boost their energy levels.

The first “cheesecake” is said to be created on the Greek island of Samos, and cheesecake molds have been excavated dating around 2,000 B.C. The oldest known surviving Greek recipe of the dessert is the one by the writer Athenaeus from 230 A.D.

Yet, the taste of the cheesecake we know today was developed around the 18th century.

While there are countless varieties these days, the New York Style cheesecake is believed to be created by Arnold Reuben (1883-1970). After he tried a cheese pie on a dinner party he was invited to and was enchanted by the taste, he experimented with recipes and ended up making the popular NY Style cheesecake.

But let’s stop here, and enjoy a recipe that follows the modern trends -- gluten and dairy-free cheesecake!

Line a pie tin with parchment paper and preheat the oven to 325 degrees F. Mix the honey, vanilla, and coconut oil in a mixing bowl, beat well, and add coconut flour. Blend everything well on medium speed.

Line the pie tin with dough and spread it evenly.

In a mixing bowl, beat the sour cream and cream cheese, add honey, and mix again. Beat in the eggs, one at a time, add the lemon juice, and beat in with the rest of the mixture.

Spread over the dough, and bake in the preheated oven for an hour.

Next, cool it on a wire rack until it reaches room temperature, and then place it in the refrigerator, to cool for about three or four hours.

Preheat the oven to 375 degrees F. Beat the egg whites together using an electric mixer until you make a foamy mixture, and add cream of tartar. Go on beating, and add honey.

Beat until the mixture becomes thick, add vanilla extract, and beat quickly again. When done, add the meringue onto the cool cheesecake.

Leave it to cool, and then leave it in the fridge for another hour.

Stephen Hawking: Greed And Stupidity Are What Will End The Human Race