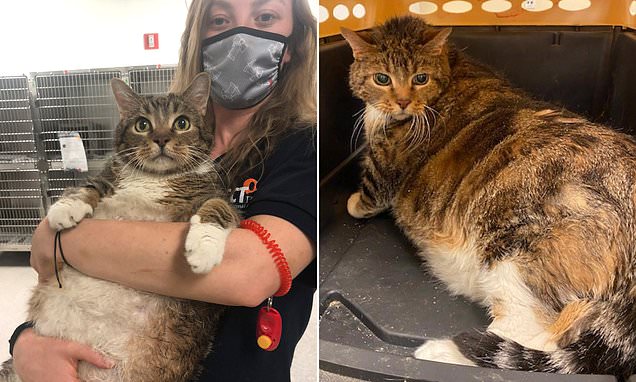 ACCT Philly shelter workers found an abandoned cat in a dog crate almost two weeks ago, and the feline weights an astonishing 29.5lbs. She was adopted soon and has been put on a diet and fitness regime to reduce her weight.

Most of us don’t just love cats- we adore them. There is nothing cuter than a fluffy kitty, waving its tail, ready to shower you with love and cuddles.

Cats enjoy snuggling, as it is their source of safety, warmth, and protection, something we all crave for, don’t we? But can you imagine cuddling an adorable, 30lb cat?

The delightful feline was abandoned and found by ACCT Philly shelter workers in Philadelphia, Pennsylvania in a dog crate overnight in Hunting Park, on Sunday, September 20.

This shelter is the largest animal care and control service provider in the area, whose amazing work has led to more than 3,200 animal fosters and 13,800 animal lives saved in 2019 alone.

The 30lb monster cat has passed nearly four times the healthy weight for a cat, which is 8lb, so she had difficulties to walk and groom herself.

Lasagna, named after Garfield’s favorite meal, has the same weight as a three-year-old kid, so she has been put on a diet and fitness regime as part of a challenge to shift the “quarantine flab”.

The dedicated personnel of the shelter had to help her clean herself, something which was impossible to do on her own due to her size. No one knows the exact reason why the cat grew to be so big, but causes might include excessive food, not enough exercise, as well as neutering and even genetics.

After sharing some photos of the 5-year old cat online, the shelter received a huge amount of offers from people who fell in love with Lasagna and her unusual appearance.

She was soon adopted by the Hammer family from Vineland, New Jersey, who promised to give her a lot of love and help her decrease the unwanted weight. 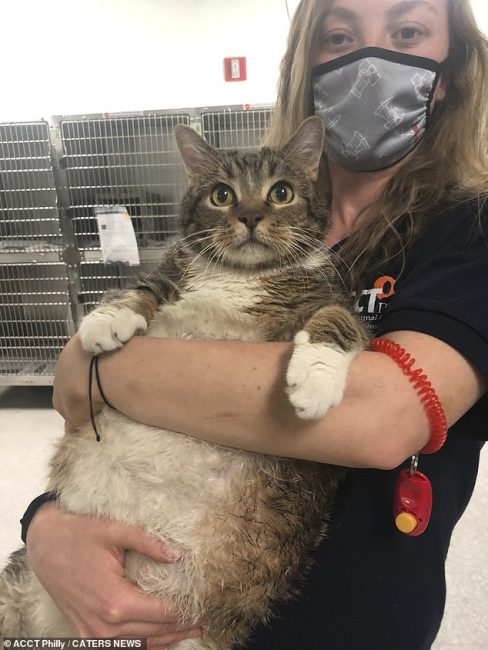 Lasagna is very friendly and social, and enjoys belly rubs, according to ACCT’s director of development and communications, Sarah Barnett. Sarah adds that the ideal adopter for this kind of cat is someone who understands that her weight is very unhealthy, even though it is cute.

Therefore, the adopting family needs to be willing to work with a vet to help the animal to lose weight healthily. 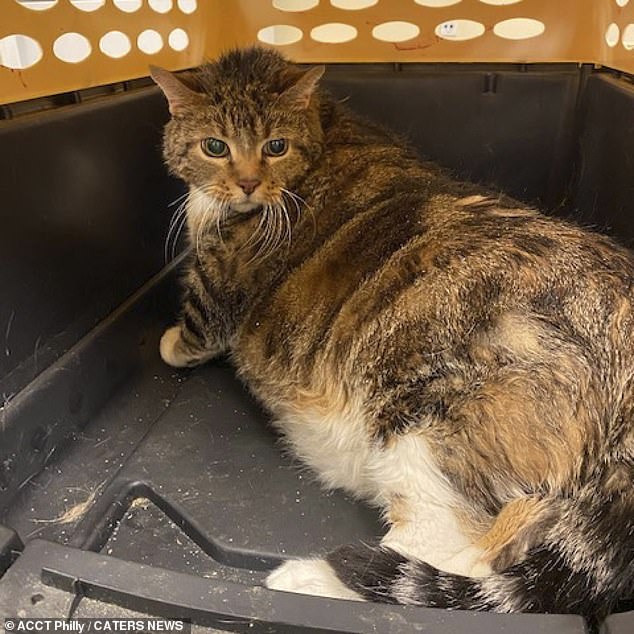 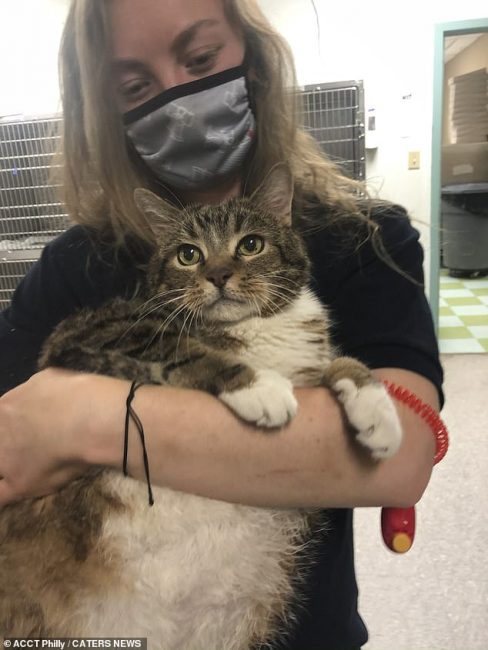 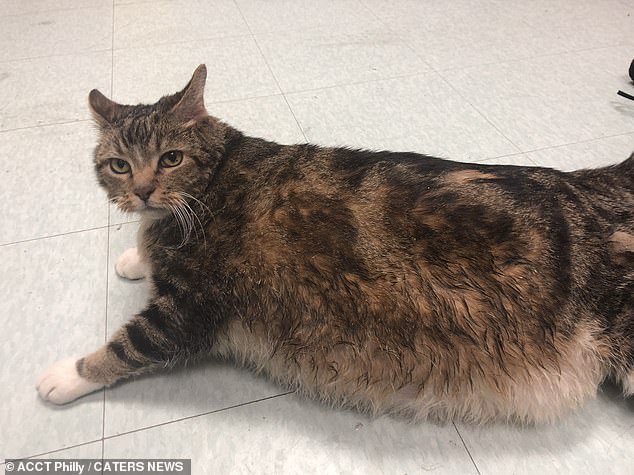 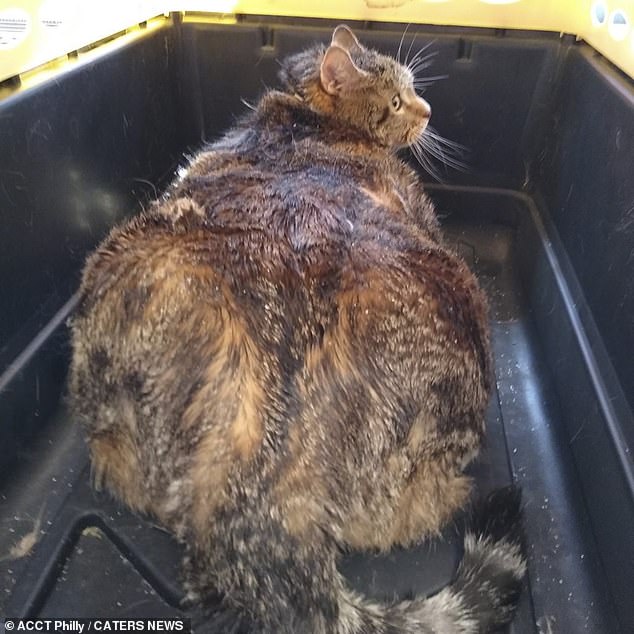 Lasagna already has stiff joints and she can’t groom herself.

“Right now she is fortunate in that she is a young five-year-old cat, so in a home that can help her lose the weight with the guidance of a vet, she will hopefully live a long happy and healthier life.”

She explained the shelter was overwhelmed with offers of support to help Lasagna, and she hopes that people will realize they should help other abandoned cats, too.

“We are always sad to see an animal abandoned as it means we don’t get that animal’s history, and we also miss the opportunity to talk to the owner surrendering a pet to see if we can help them keep the animal.

We hope that everyone who was interested in Lasagna considers another cat who needs a home, there are so many and adult cats are often overlooked because they are stressed when in shelter environments.” 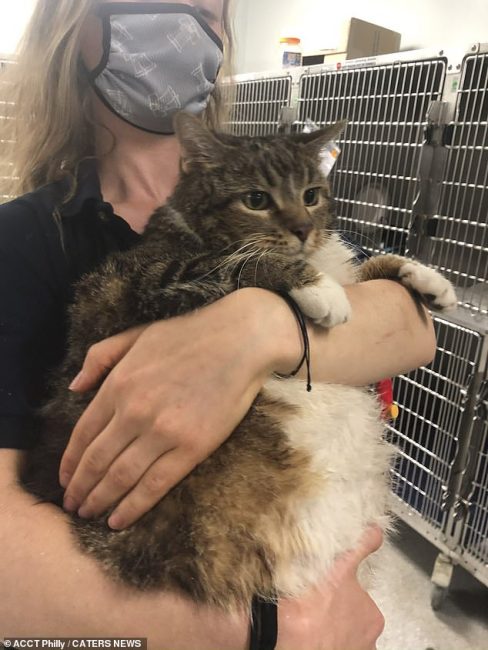 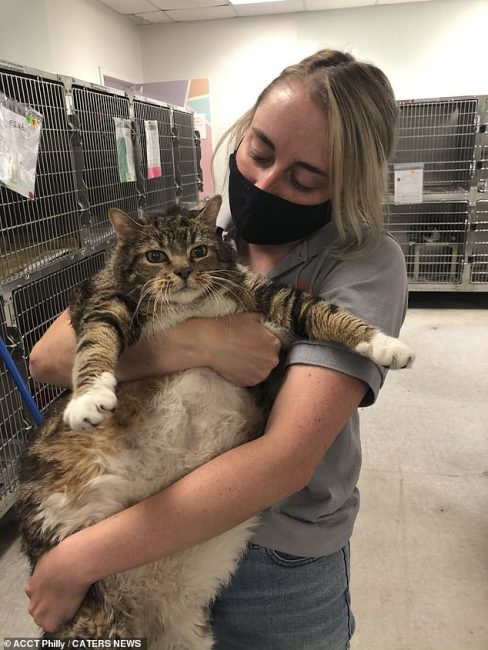 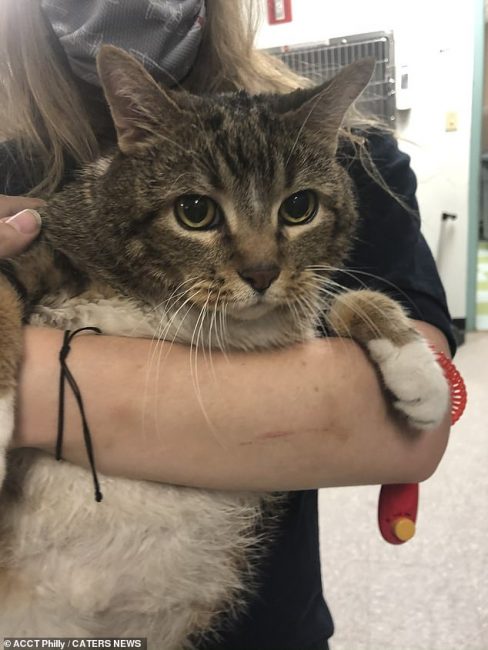