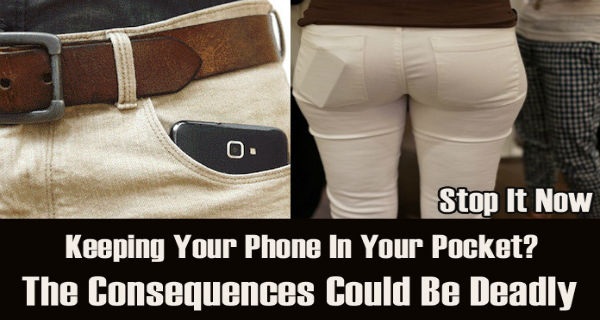 We all love our brand new smart phones. But, how much do we actually know about the risks associated with their use?

Russian doctors and the League of Nation’s Health Organisation warn that phones are more dangerous to our health than we can imagine. They are mostly concerned about the electromagnetic fields and their effect on our bodies.

“The primarily target is the nervous system, but the endocrine and reproductive system are also targets,” says Nikolai Kononov, vice president of the League of Nation’s Health Organisation.

“We certainly don’t forbid the use of cell phones, but encourage reasonable caution, because 70% of the total population receives electromagnetic radiation from their cell phones. Numerous studies have show that the human body responds to this radiation, and although these reactions have not yet been fully studied, no one disputes that the use of mobile phones requires caution,” explains Kononov.

Do not keep your phone in the pocket. Keep it in a bag or purse, and pretty much away from your vital organs.

7 Vegetables and Fruits You Can Grow Indoors From Scraps