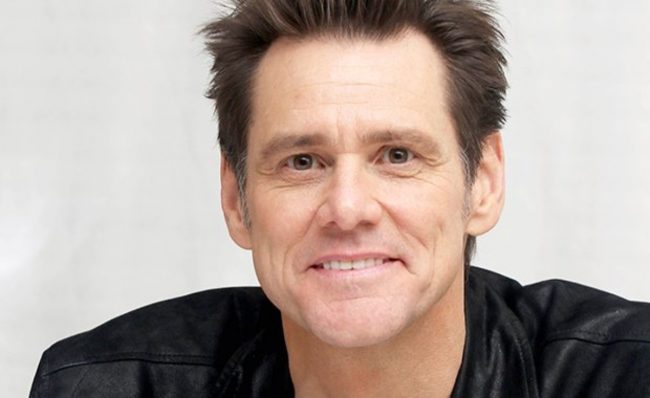 Jim Carrey survived his struggle with depression and now advises others on how to cope with their low self-esteem and misery.

Depression is the top cause of suicide and it kills more people than any other ailment. The modern-day plague has become so common that people don’t even talk about it. But, ignoring a problem doesn’t really solve it. Depression is everywhere around us. Most of the people we know deal with it. Accepting the fact that you are depressed is the first step towards treating it.

The number of people diagnosed with depression is on the rise. Sadly, the real number of depressed individuals is much bigger than the number of confirmed cases.

Wonder why? Many people are embarrassed about themselves. They are embarrassed by their weakness and the inability to talk about their emotions. People are sad and unhappy with their life, and they don’t do anything to change it.

Depression won’t go away on its own. You have to address the underlying problem. There’s nothing to be ashamed of. Our days are full of stress and lucky are those who have found the perfect coping mechanism.

In 2013, a group of experts conducted a study to compare the efficiency of drugs and therapies in the treatment of depression. The results showed that therapies have more success in treating depressed individuals. In the 1-2 year follow up period, patients who took therapy had a 26.5% of relapse. Patients who were given medications had a 55.6% rate. Those who need a combination of drugs and therapies have to consult an expert to receive the best treatment.

Jim Carrey struggled with depression. He knows what it feels like, and has advice for people like him.

It was hard to accept the fact that the great comedian was suffering from depression. How could a world-renowned actor and comedian deal with such terrible conditions? Carrey is fine now and uses his terrible experience to help others.

The popular comedian had to take Prozac to treat his depression. It had a terrible effect on his health and he was devastated. The drug changed his brain chemistry.

Today, Carrey speaks about depression openly and offers a lot of great advice. Sadness is nothing like depression. Some people are sad and others are depressed. Sadness is a result of an experience in life. Depression hits when you least expect.

“They’re wrong – it is a real illness with real symptoms. Depression is not a sign of weakness or something you can ‘snap out of’ by ‘pulling yourself together’”, explains NHS.

Money and fame can’t protect you from depression, and Carrey knows it best. We spend our lives creating our image and some of us end up rejecting the final result. Being unable to change ourselves is sometimes a major contributor and we fall in despair.

Depressed people feel horrible and helpless. It feels as if the ground crumbles beneath their feet. Their self-esteem is really low and they have a hard time maintaining a healthy relationship with others?

According to Carrey, we have to give up on all expectations and live without worries. Going with the flow is the only way to protect us from despair and frustrations. Being stuck in a world full of expectations is horrible and you will end up sleeping in your bed day and night, feeling worthless and pitiful.

Learn how to release all the bad emotions and negative thoughts. Don’t stress over everything that happens in your life. Avoid negative people and nourish a positive mindset. Things will get better over time and all your problems will be gone for good.