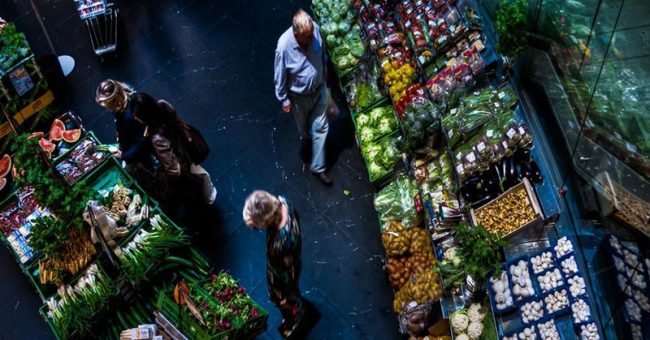 According to the United Nations Food and Agriculture Organization, the number of chronically undernourished people in the world is at approximately 795 million, which suggests that about one in nine of the over seven billion people on Earth suffer from hunger regularly.

When you think about it, it sounds alarming, disturbing, horrifying.

Living in the 21st century, it seems that we have the entire universe at hand, humans can do everything they wish, we have the entire collected knowledge of humanity at our fingertips, we can change our reality in an instant, we can reach anyone around the Globe, we can do miracles on a daily basis, but we cannot feed the poor..Or can we?

Well, since we were young, we were taught to try before we deemed something impossible.

Being a country where everyone is obsessed with delicious dishes, spices, and flavors, it might be surprising to hear that it has millions of people starving in poverty. However, Italy decided to make the first step towards the solution of this problem.

And Italy would not be Italy as we know it unless it takes care of it elegantly and uniquely, and so it did.

In 2016, the government passed a bill to stimulate supermarkets, malls, grocery stores, and bars to stop throwing excess food, but donate it to the needy instead. The bill immediately passed through the lower house of parliament and the Senate welcomed it with open arms.

Food producers’ organization Coldiretti reported that the equivalent of 76kg of food for each person in the country is thrown away every year.

Apart from cutting down on revenue allocated to waste management, the idea aimed to aid the poor in the most feasible way possible, and thus strengthen the national spirit in terms of good moral ethics, kindness, and unity.

Italy became the second European country to pass such a bill, after France, passed a bill in 2016 that would prevent any supermarkets occupying more than 400 square meters of space from throwing away excess food, and were offered to either donate it to charities or incur fines.

Arash Derambarsh, French politician and City councilor of Courbevoie, France, and a known advocate for food waste management, proposed this act of Parliament and struggled to propose a bill that would prevent food waste in all member countries of the European Union.

He realized that we have a simple problem, we have so much food going to waste, while so many poor people are going hungry all the time.

Italian food vendors who joined these efforts would be offered reductions in taxes, depending on the number and quantity of donations they made. The donated food must not be expired and this will be declared at the time of donation. Also, there will be tax incentives to attract business owners to grab the opportunity.

Maurizio Martina, ex-Minister of Agricultural, Food and Forestry policies (2014-2017) said that they made it more convenient for companies, as the country recovered 550 million tons of excess food annually.

Yet, we need to explain the term “food waste”, since it might sound derogatory and demeaning.

By Supermarket standards, it is either expired or items still in good condition but with some minor cosmetic imperfections, such as damaged labels, oddly shaped veggies, fruits scratched on the peel, ripped cartons, etc. Therefore, the majority of the so-called ‘unsellable’ foods is actually in perfect conditions and fit for consumption.

If we all decided to help, we would remedy numerous issues in modern society. Remember that every single one of us has the power to make a change.

And as the wise Mahatma Gandhi said:

“ You must not lose faith in humanity. Humanity is an ocean; if a few drops of the ocean are dirty, the ocean does not become dirty. “