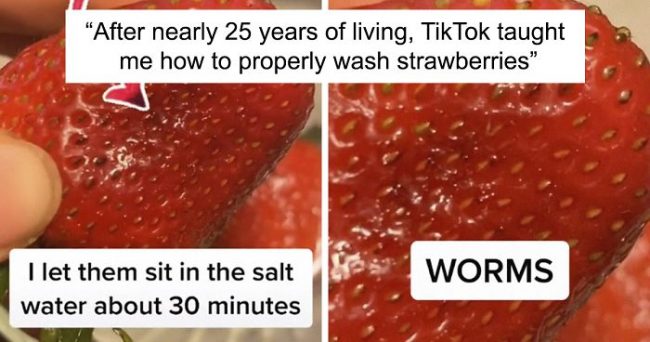 The spring and summer seasons bring countless joys and among them all, fresh and delicious fruits and berries! We consume them daily, raw, in cocktails, in smoothies, in desserts!

However, we are constantly being advised to thoroughly wash them before use, but apparently, we still don’t!

People have started sharing videos on TikTok to help others wash strawberries properly. Under the hashtag #strawberrieswithbugs, people investigate the claim that bugs appear from strawberries after they have been soaked in salt water. 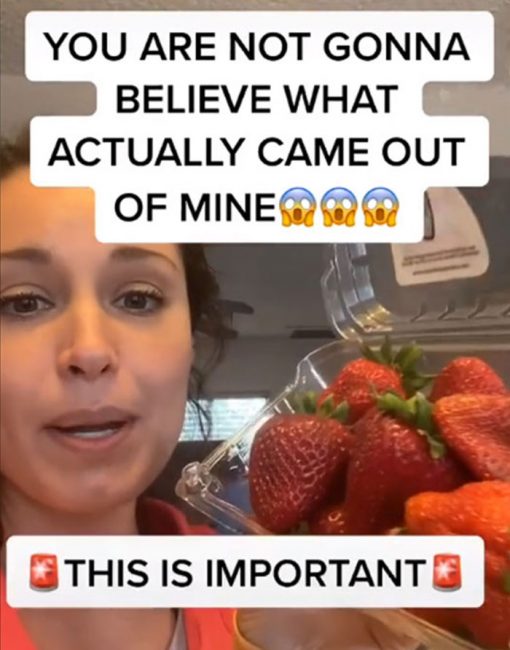 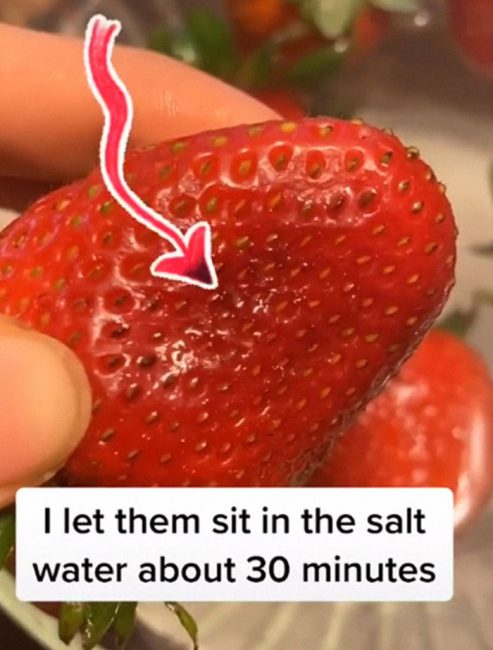 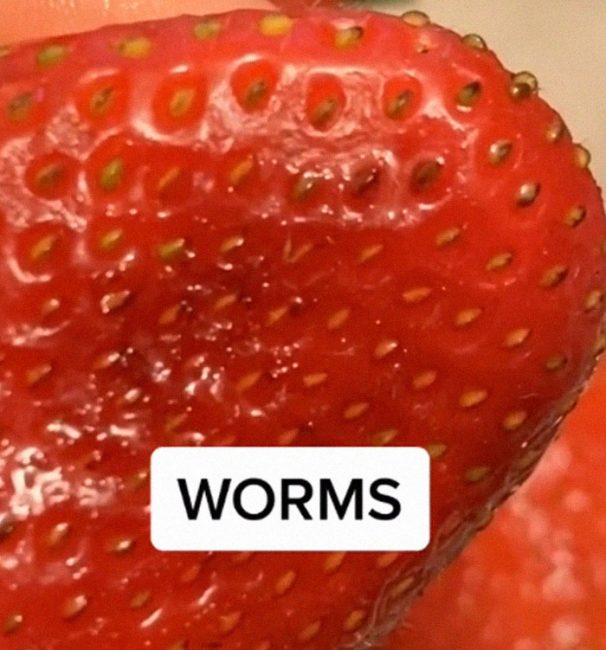 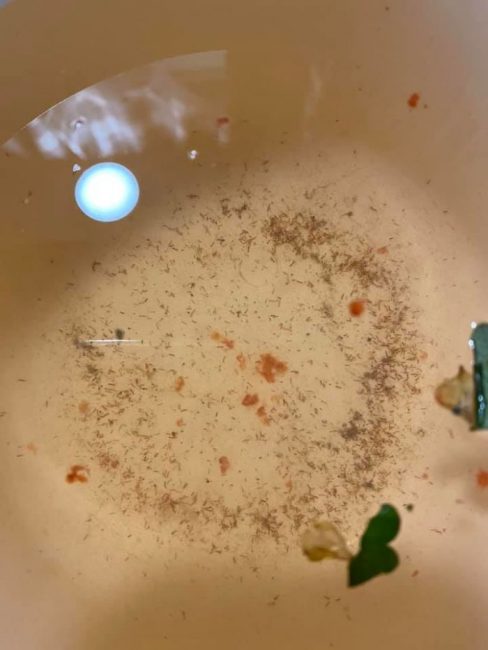 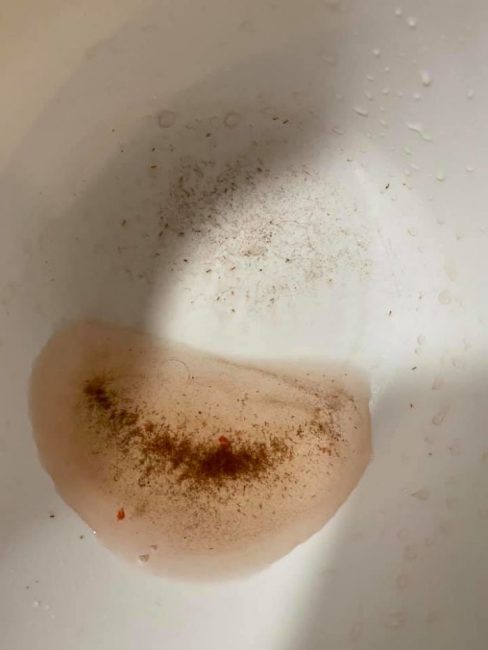 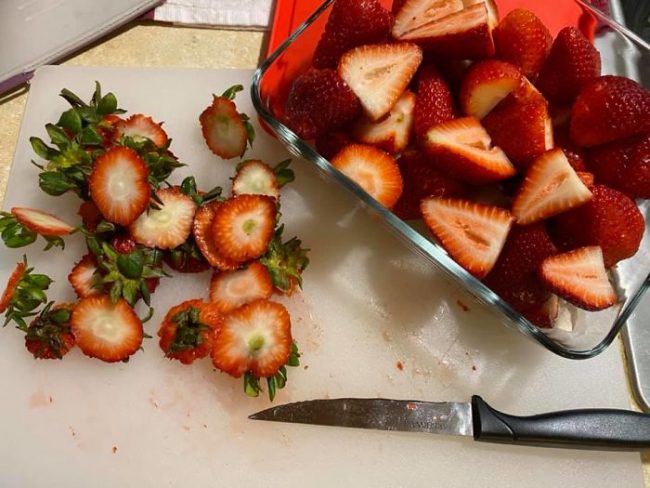 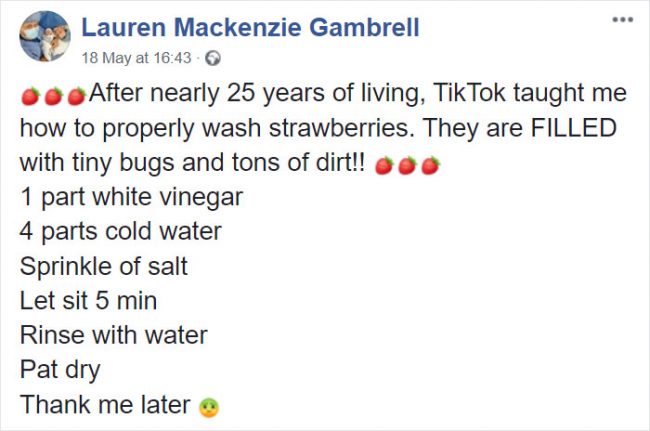 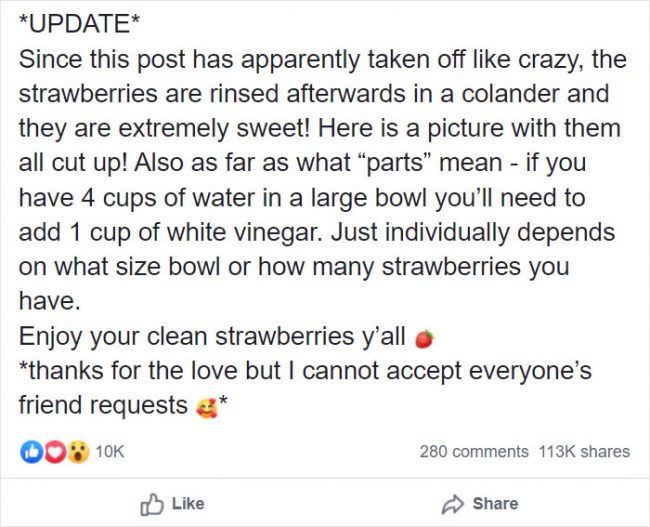 Here is a closer look at the bugs 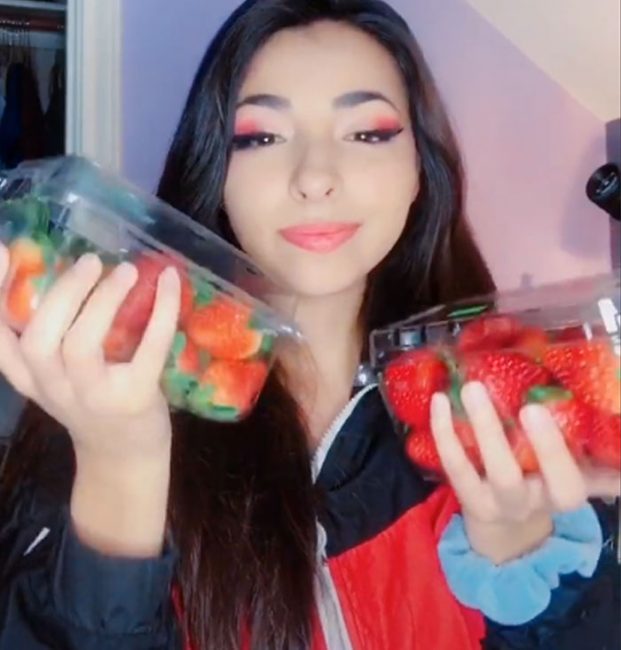 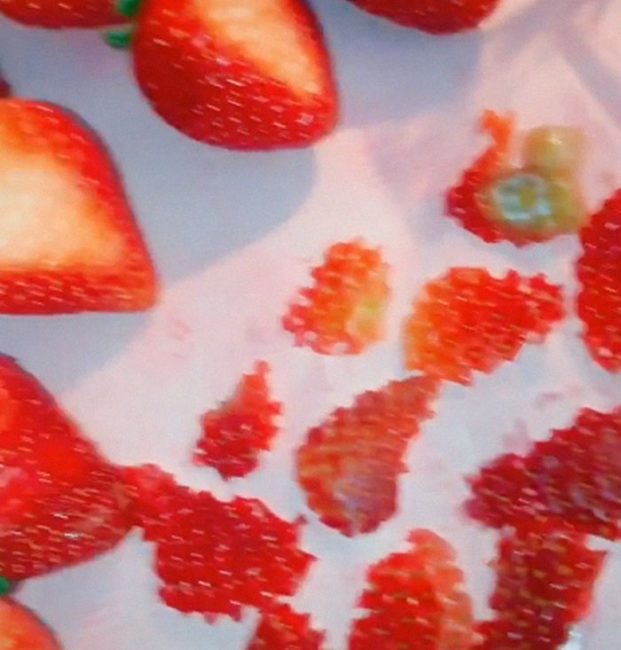 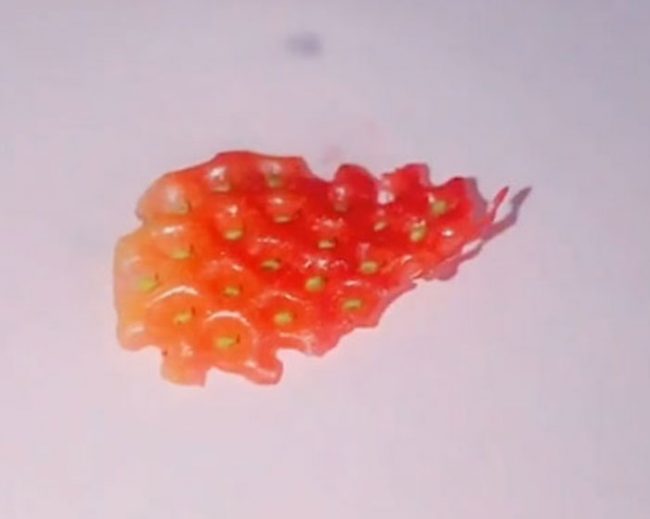 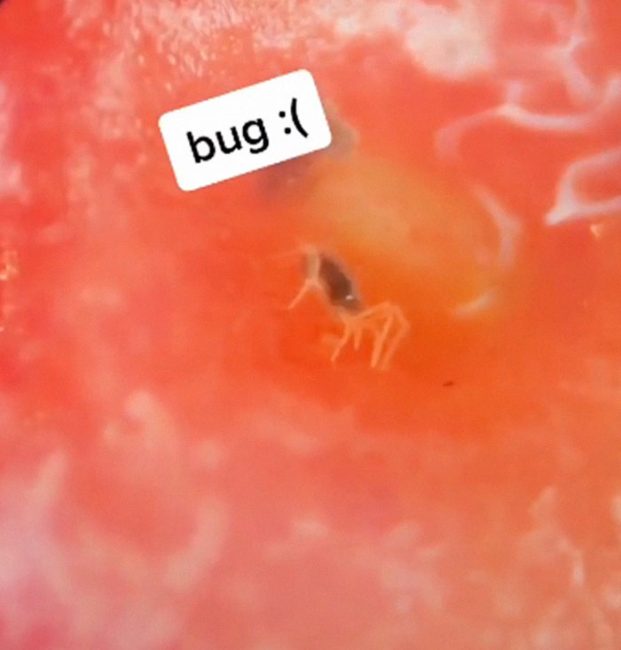 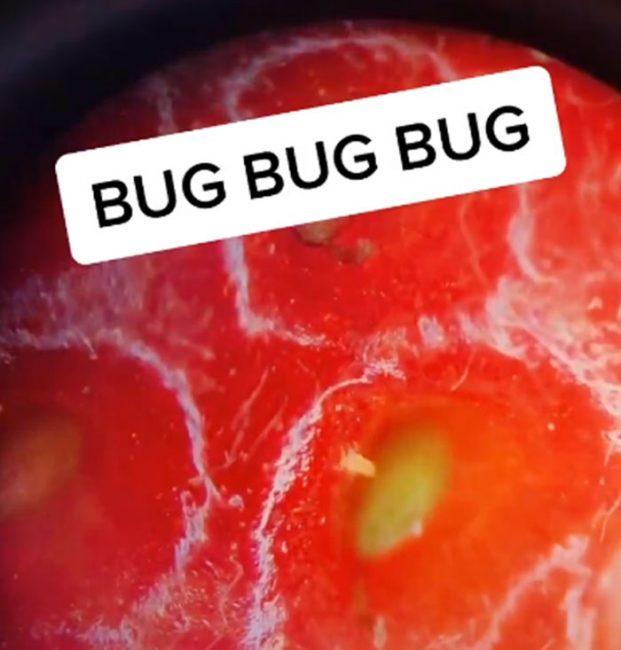 TikTok user Thatnatchats shared one of these videos about strawberries and she shocked people!

“I always ask my fan base for suggestions about what I should look at next and I’ve been getting a lot of comments about strawberries. I believed they wanted to see the seeds up close so I was very surprised to find bugs when looking at strawberries under a stereomicroscope.

I didn’t learn about how to properly wash the strawberries until my comment section became very fearful and asked how to wash them. Other people replied and I’ve heard salt water, vinegar, and many different methods I have never heard of before.”

She previously had around 40K followers, but on the first day of the video, due to the “strawberry bug trend”, she garnered 2 million followers!

“I was astonished that I had so many people seeing what I have seen. My family was taken back as well. When I went to school the next day, I had a couple of people approach me and say that they had no idea I was so popular on Tiktok.

My fans jumped from 40k to 300k. It was crazy, to say the least, but everyone around me was very happy and proud that my passion for science and microscopes was being recognized.”

Yet, she added that, after a proper rinse, no one should be afraid to eat strawberries again. She added that she will try all the methods recommended on TikTok.

The bugs appear when strawberries are soaked in salt water 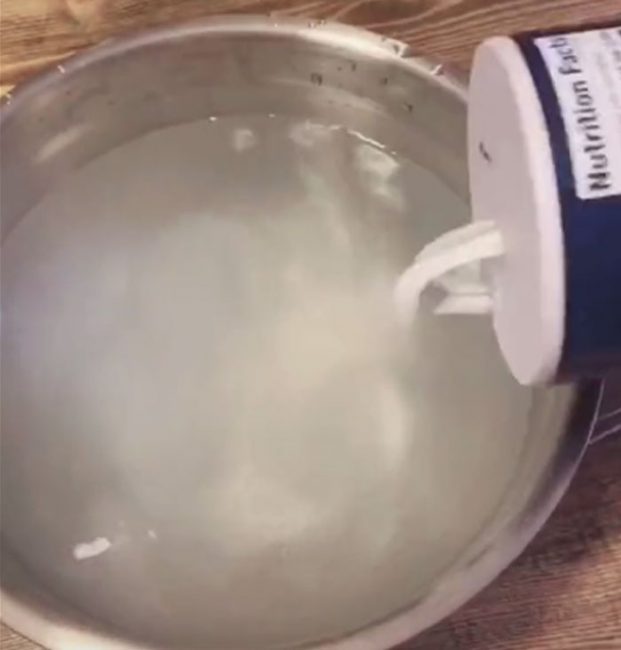 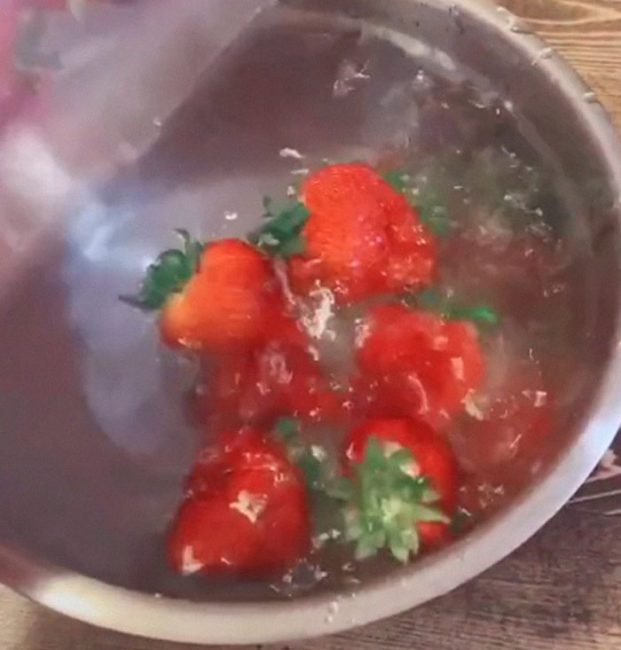 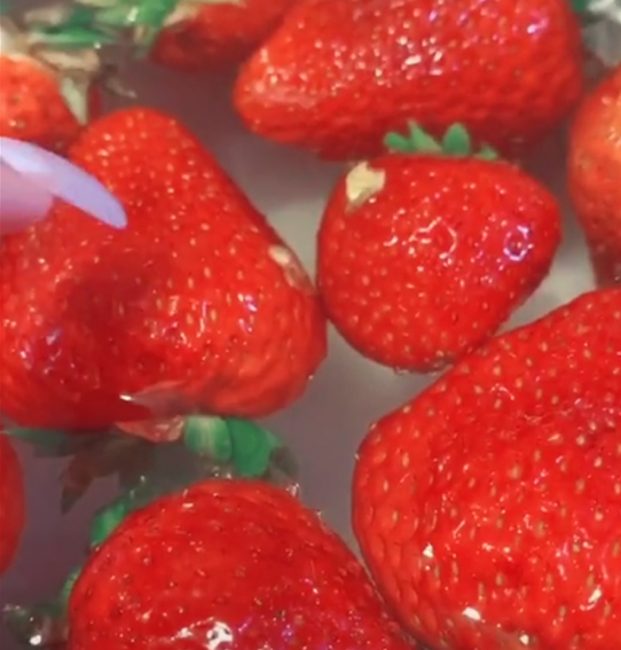 Apparently, the little worms that come out of the strawberries are the offspring of a fruit fly called the Spotted Wing Drosophila. The females shoot their eggs into the interior of fruits that are about to ripen, especially blueberries, strawberries, and raspberries.

The two most efficient methods to wash the fresh produce involve salt water and vinegar. Simply soak the strawberries for 5-10 minutes, and rinse them afterward.

In case the produce you have bought is not organic, make sure you add white vinegar to the water, to reduce the number of chemicals you’ll end up consuming.

When using salt water, many advise adding lukewarm water, so the salt can dissolve quicker.

Layla Eplett wrote on the Scientific American Guest Blog that we all ingest about “one to two pounds of flies, maggots, and other bugs each year without even knowing it.”

I know it’s gross, but it is harmless.

Greg Loeb, an entomologist, and professor at Cornell University said:

But the real point is there are organisms on your fruit and even if it makes people uncomfortable, it’s definitely not going to hurt them. Eating those bugs won’t make you sick.”

On the other hand, others claim that these bugs can appear in the fruits, but it is not common. They advise washing the strawberries well with water only.

Yet, just to be on the safe side, make sure you always properly wash your produce.

Then, just enjoy their amazing taste! 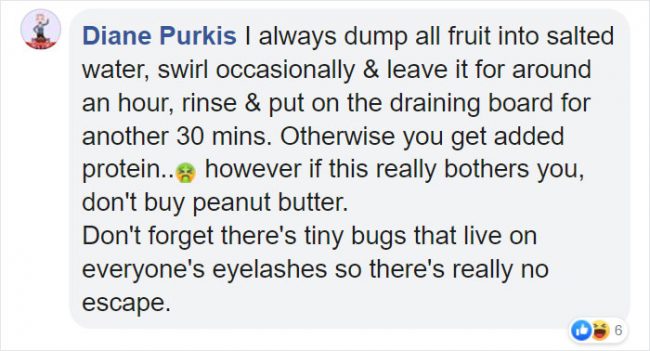 Who Is The ‘Dumbest’ Person In This Picture?

Ed Sheeran Got Sick Of His Neighbors Complaining, So He Spent Millions Buying Their Houses