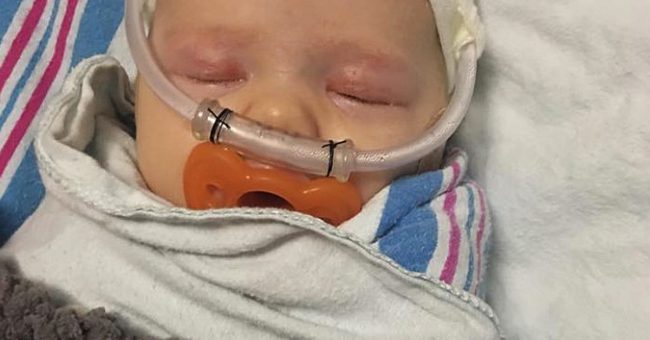 Babies need special care, not because parents like to spoil them and are overprotective, but because they really do need to be treated extremely carefully since they are too fragile.

Therefore, in case a parent asks you to refrain from kissing their baby, please understand that they have a sound reason for it.

RSV, or Respiratory Syncytial Virus, is a common viral infection that usually causes mild, cold-like symptoms. It is most commonly transmitted from November to April, when cooler temperatures bring people indoors and when they’re more likely to interact with each other.

It can affect anyone at any age, but it can be very serious for infants. It is the most common cause of pneumonia and bronchiolitis in children younger than 1 year of age in the U.S.

The Centers for Disease Control and Prevention explain that people infected with Respiratory Syncytial Virus usually develop symptoms within four to six days after contracting it and are usually contagious for three to eight days.

However, individuals with weakened immune systems, including some infants, can continue spreading it even after they stop displaying symptoms for as long as four weeks.

In case babies have difficulty breathing or are dehydrated, they need to be hospitalized.

Note that some babies are more vulnerable to the symptoms of this virus, such as children who were born prematurely, or babies with lung or heart problems.

RSV is highly contagious, and it spreads between people very easily. Therefore, the following measures are effective in avoiding contracting the disease or spreading it to others:

Therefore, as babies are especially prone to this virus, no matter how cute and adorable a baby is, please refrain from kissing it.