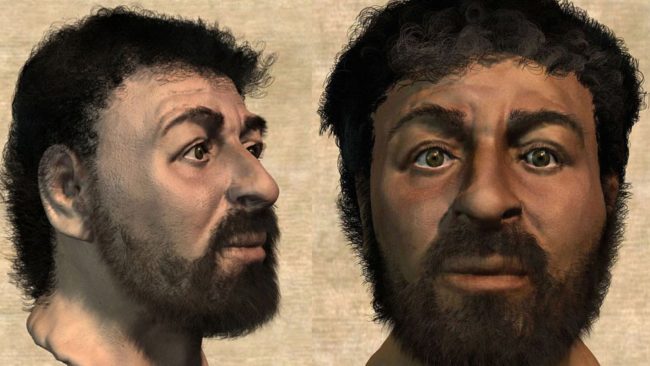 Humans have always needed deities, an omnipotent force that they would turn to in hardships, and the inexplicable power they would thank for all they have received in life.

We need to trust, we need to believe that there is a force that orchestrates everything on Earth so that everything would eventually make sense. Nowadays, Jesus is the deity with the most followers around the globe.

For centuries, He was believed to be a blondish middle-aged man, with a fair complexion, often with blue or green eyes, and fair skin.

Europeans imagined him according to their own appearance, and as they conquered the Earth, they took this belief to the new frontiers. This is how he was represented in the arts too.

The culture and traditions of artists had a strong influence as well, and Carlos F. Cardoza-Orlandi, associate professor of world Christianity at Columbia Theological Seminary in Atlanta explains:

“While Western imagery is dominant, in other parts of the world he is often shown as black, Arab, or Hispanic.”

However, can we be sure that this is the real image of the Lord?

Several years ago, British scientists and Israeli archaeologists worked together to provide an answer.

They used police forensic techniques, and a technique called forensic anthropology, to recreate the face of Jesus Christ, or a man who lived in the area at the point of the time believed to be the time of Christ.

According to retired medical artist Richard Neave, one of the scientists in the study, the image they got as a result is the limit of accuracy that can be achieved using the data at hand.

Scientists considered details like social lives, habitation, and nutrition in the first century AD, in then Judea.

Neave and his team X-rayed three Semite skulls from the time, previously discovered by Israeli archaeologists. With the help of computerized tomography, they created ‘slices’ of the skulls, and then used specialist programs to calculate important measurements and investigate the look of the muscles and skin.

At this point, they built a digital 3D reconstruction of a face and a cast of the skull and added layers of clay to match the thickness of facial tissues calculated by the software.

They followed the shape determined by the underlying muscles to predict the shape of the nose, lips, and eyelids.

For details about the hair, complexion, and eyes, they studied artwork from various archaeological sites, considered Jewish traditions of the time, and used clues given in the Bible.

Neave previously reconstructed the faces of King Midas of Phrygia and King Phillip II of Macedonia, the father of Alexander the Great.

Their result was an image that is far different from the image we have accepted as the image of Christ. The Son of God has a tanned complexion, hazel eyes, wide face, short curly hair, and a bushy beard, characteristics that are believed to have been typical of Middle Eastern Jews in the Galilee area of northern Israel.

Therefore, Dr. Neave pointed out that this is just a portrait of an adult man living at the same time and place as Jesus.

However, Allison Galloway, professor of anthropology at the University of California, commented:

“This is probably a lot closer to the truth than the work of many great masters.”

The following video explains the process of reconstruction:

Nurses Show How To Drain Mucus From The Lungs (Video)

This GoPro Camera Got Swallowed By Lava, Survived and Recorded Everything