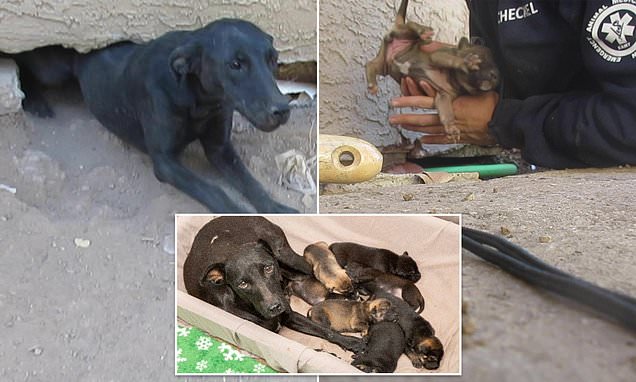 After people noticed stray dogs entering a hole dug under a house that was scheduled for demolition, they notified authorities- in a two-hour operation, members of the animal rescue organization rescued seven puppies from underneath the house.

Living surrounded by happy, friendly, and content neighbors is a blessing, so fostering a positive community spirit is very important. In this way, we can have a positive impact, support our health and wellbeing, and empower others to connect and bond.

Each member in a community counts, and we should all be willing to participate in activities that promote it. On October 14, in Phoenix, the neighbors’ concern and desire to help save the lives of seven newborn puppies!

The tiny puppies were rescued from underneath a house in an exhausting operation that lasted for two hours after people noticed their parents constantly crawling under it.

Team members from the animal rescue organization Arizona Humane Society in Phoenix were contacted several times by people and told that stray dogs kept going into a hole dug under a house that was scheduled for demolition at the beginning of this month.

“When the EAMTs [emergency animal medical technicians] arrived on the scene, witnesses stated that they believed the female dog had recently had puppies but they were nowhere to be found.” 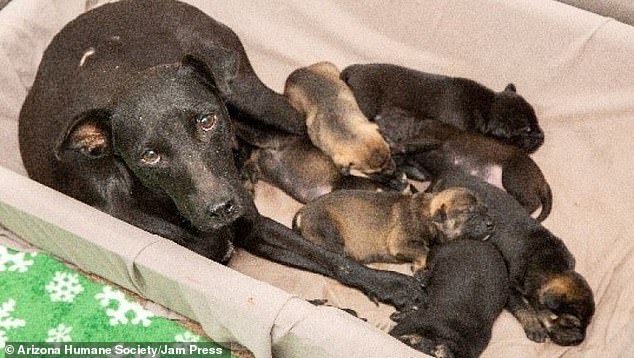 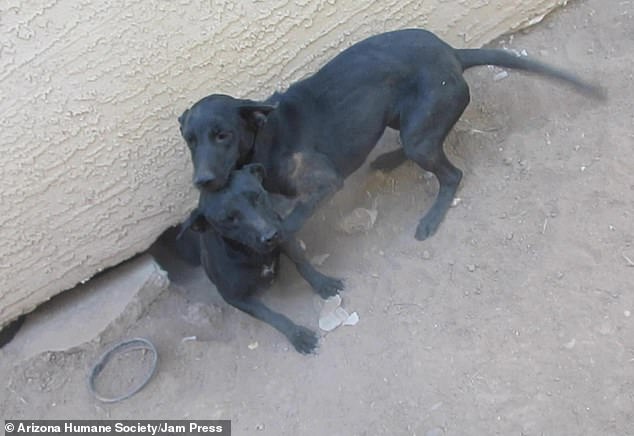 Theresa Scheckel, who works as an emergency animal medical technician, noticed that the female dog, a Labrador-Pitbull mix, is likely to be nursing. They decided to dig holes on the two sides of the house with the assistance of her partner Dan McGrath, to check if the puppies were under it.

McGrath slid into the bigger hole and found the dogs in a bundle. There were five males and two females in the bunch, no older than two weeks.

While being underneath, he slid the puppies to Scheckel using a gurney, and she pulled them out one by one. 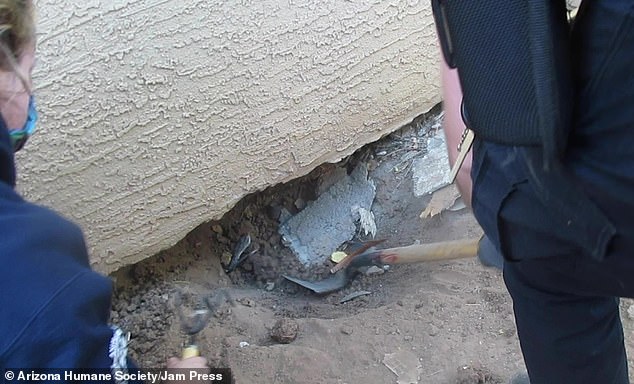 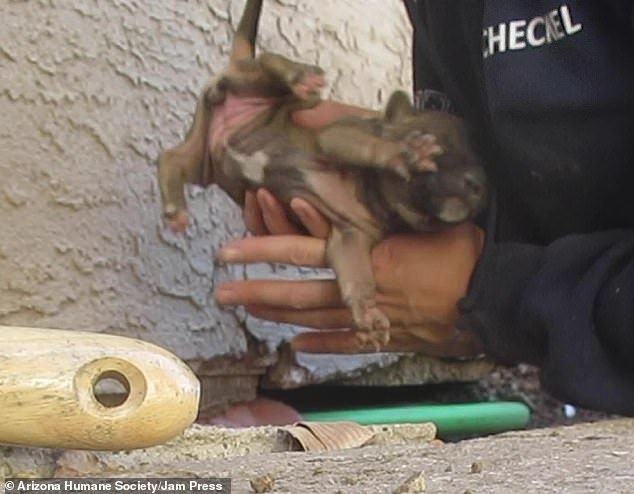 “After two hours of digging holes, locating the pups, and sliding each one out one by one, the pups and mom were reunited before heading to the Arizona Humane Society’s trauma hospital for medical exams.”

The mother had piercing wounds to her body and officials stated that she probably got them by repeatedly going underneath the house to take care of her little newborns. 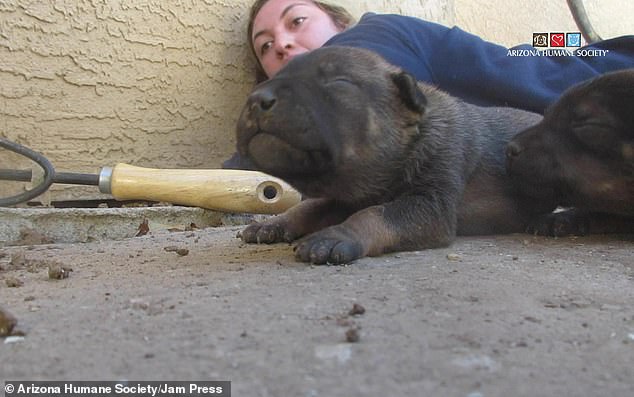 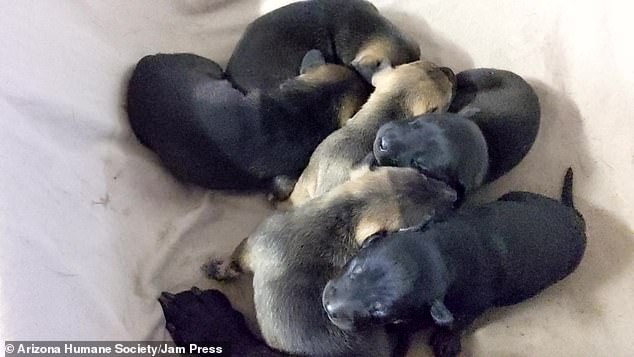 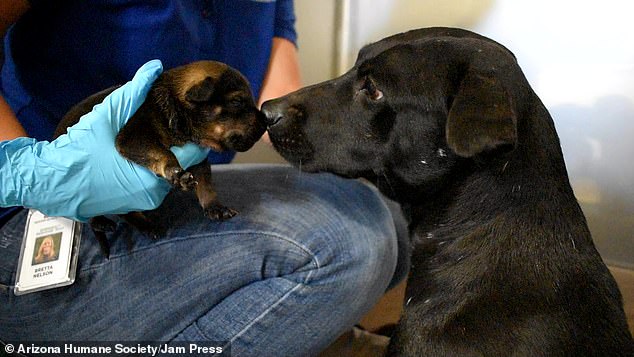 The Arizona Humane Society added as the demeanor of the “sweet, attentive mother’ is “ just as sweet with people as it is with her puppies.”

“The mom and puppies are now resting comfortably in the Arizona Humane Society’s Mutternity Suites, an extension of AHS’ trauma hospital. Mom and puppies will soon head to an AHS Foster Hero home to continue their journey until they are old enough to eat on their own.”

In a few weeks, the dogs will be set for adoption.