A photographer captures the full moon passing across a rock arch in Utah, and the result is spectacular!

The world we live in is one astonishing place. If we stop taking things for granted and allow our senses to perceive the beauty around us, we would be more than grateful!

Yet, most often, it is artists that draw our attention to the splendor of nature. The astonishing photo of a full moon passing through a rock arch taken by one gifted nature photographer is another proof of this!

In his photos, you can see the full moon passing across the rock arch and floating in the middle of it, resembling a big and mysterious eye, staring with anger at the viewer. 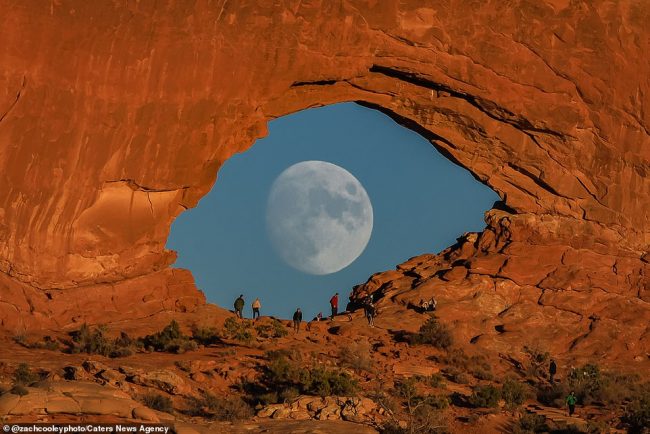 “Planning for this shot was difficult and it began several months in advance.

Despite cross-referencing the moon position in multiple applications, there’s nothing close to a guarantee you’ll be in the right place, just a few steps in any direction and you won’t get the shot.

I had never been so nervous for a photo as the moment approached, and never happier with the result of planning as the moon appeared where I was hoping and passed perfectly through the arch.”

It’s truly a masterpiece! The rare photo of the moon framed by the rock arch has gone viral, with netizens simply loving it!

“Eye love what you did here.” 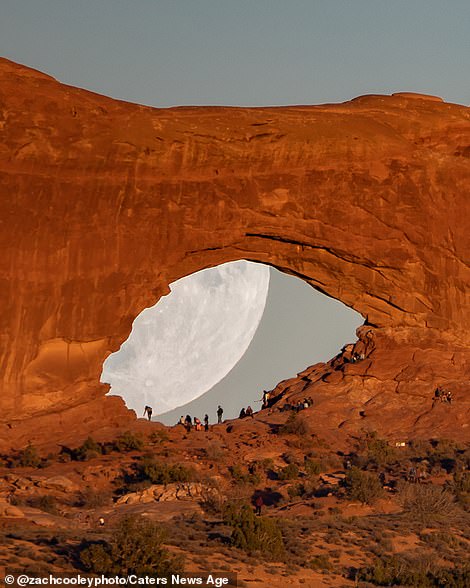 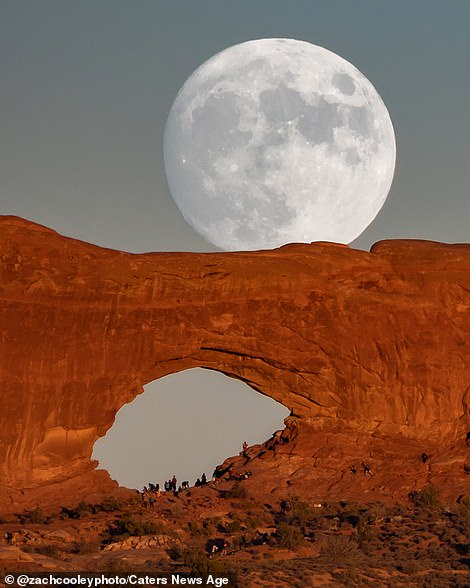 Arches National Park is located in eastern Utah, next to the Colorado River. As its name suggests, the 76,000- acre park is famous for its 2,000 and more natural sandstone arches.

The Delicate Arch is the most famous of them all, and it is a 52-feet-tall freestanding arch. It’s one of the most famous natural sights in the state, found on Utah license plates and a commemorative stamp.

Moreover, the massive Balanced Rock can be found next to the main road of the park, balancing freely at about 55 feet off the ground, with a weight similar to an ice-breaker ship.

The National Park Service has forbidden all climbing on any of the mentioned arches during the whole year after one man famously climbed Delicate Arch in 2006. Placing anchors for slacklining is also forbidden.