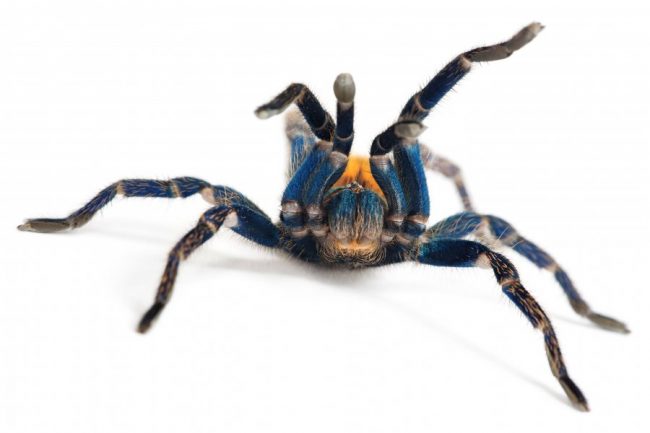 No matter if you fear spiders or not, the following fact will definitely make you at least a bit scared, as apparently, these insects could eat all 7.2 billion of us in just one year.

We all know that spiders like to spin webs and trap little flies and bugs in them, but their amazing appetite has apparently surprised many.

Namely, a report published in the Washington Post claims that if you add up the weight eaten by the world’s entire spider population in one year, it is more than the combined weight of every human on the planet.

Researchers led by Martin Nyffeler of the University of Basel in Switzerland and Klaus Birkhofer of Lund University in Sweden and the Brandenburg University of Technology Cottbus-Senftenberg in Germany found that spiders across the globe eat between 440.9 and 881.8 millions tons of prey annually.

They highlighted a rather disturbing comparison, the total biomass of all adult humans on Earth is estimated to be 316.3 million tons. However, keep calm, as it only serves to illustrate the appetite of spiders. Otherwise, spiders prefer insects, like flies and mosquitoes.

Nyffler and Birkhofer also estimated that, if we gather up all spiders and put them on a huge scale, they would weigh around 25 million tonnes, which is 478 times the weight of the Titanic, which was about 52,000 tonnes.

However, we should be grateful for spiders and their insatiable hunger, as, without them, we would be overrun with various other bugs and creepy insects.