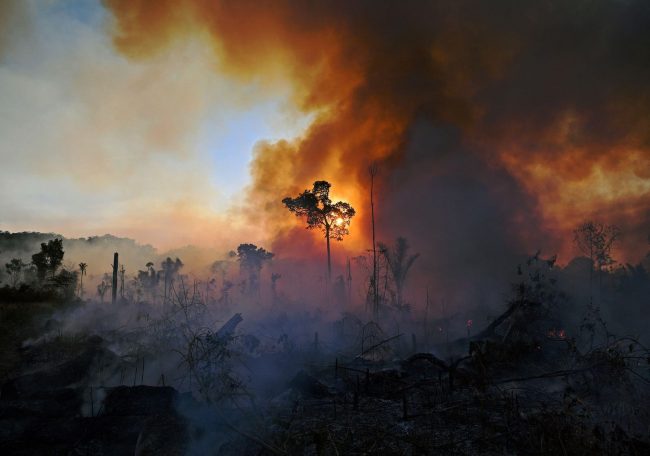 Human factors have led to the extinction of many species, and simple conservation efforts can prevent any further damage and even restore biodiversity

Recent reports suggest that humans are the biggest threat to this planet. The situation is rather shocking, and we have to stop the nonsense before it’s too late. When did people stop taking care of the future?

The Living Planet Report from the World Wildlife Fund (WFF), released earlier in September, confirmed that humans have destroyed wildlife population by an average of 68 percent. Does it get any worse than this?

Experts analyzed population sizes of 4,393 species of mammals, fish, birds, reptiles, and amphibians using data from the past four decades (1970-2016).

Karin Brulliard for the Washington Post reported that population sizes in Latin America and the Caribbean marked the biggest drop. There was a 94 percent decline in these populations. These results “signal a fundamentally broken relationship between humans and the natural world.”

The WWF report confirms that human-related habitat destruction is the biggest threat to populations. The number of freshwater mammals, birds, amphibians, and reptiles has declined by an average of 4% each year in the past four decades.

“You begin to see a picture of an unraveling of nature. That is alarming—and I think alarming, even by our own measures of alarming,” WWF chief scientist Rebecca Shaw told Amy Woodyatt from CNN. “… [W]e’re seeing very distinct declines in freshwater ecosystems, largely because of the way we dam rivers and also because of the use of freshwater resources for producing food to feed a growing population of people worldwide.”

The United Nations released its Global Biodiversity Outlook Report revealing information related to the progress of the 196 countries who joined the Aichi Biodiversity Targets in 2010. It’s a 10-year plan focused on countries’ goals to stop the destruction of biodiversity across the world.

UN’s report suggests that we have failed to reach each of the goals listed in the plan. Catrin Einhorn from the New York Times reported on the UN’s findings.

There’s still hope though. Matthew Green from Reuters reported that human-led conservation efforts may lead to a general improvement. Experts pointed to a Pakistani program that protects snow leopards. There’s also a campaign to protect the population of Japanese crested ibis. These conservation efforts may be of key importance in the process of restoration. Our planet needs us, and together we can protect endangered species from extinction.

Jessie Yeung from CNN reported that countries also met some of the UN targets. They focused on preventing invasive species and conserving protected spots.

“[T]he rate of biodiversity loss is unprecedented in human history and pressures are intensifying,” explained Elizabeth Maruma Mrema, executive secretary of the Convention of Biological Diversity for the U.N.

“Earth’s living systems as a whole are being compromised. And the more humanity exploits nature in unsustainable ways and undermines its contributions to people, the more we undermine our own wellbeing, security, and prosperity.”

The WWF and the UN believe that the coronavirus pandemic created the perfect image of human destruction. According to them, COVID-19 represents the threat posed to people “by a loss of global biodiversity.” Another UN report from July suggests that we increase the risk of zoonotic diseases that go from animals to humans by continuous disruption of ecosystems.

This information is enough to encourage people in this world to take urgent action and reverse the damage. A study released in Nature suggests increasing land conservation and overhauling global food production as potential solutions. Researchers relied on WWF models to determine the best ways to “bend the curve” of biodiversity decline.

Unfortunately, the population of humans is on the rise, causing “ecological imbalance.” Citizens of this world need more resources to survive, and Earth can’t produce that much.

“The human enterprise currently demands 1.56 times more than the amount that Earth can regenerate.”

If You Love Wearing Only Black Clothes, Here's What It Says About Your Personality