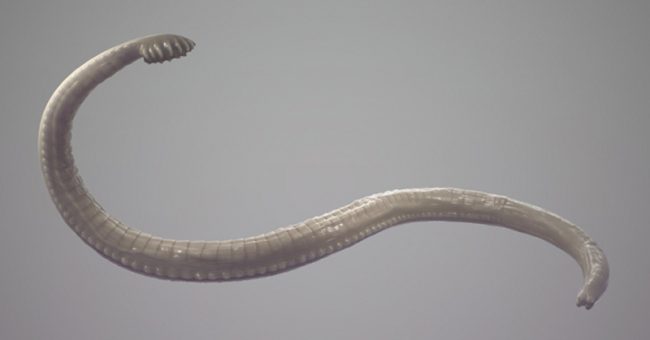 Due to global warming, parasites are no longer restricted to developing countries. As they thrive, they rapidly evolve and can have dangerous effects on human intelligence and intellectual capabilities.

The consequences of global warming are increasingly felt all around the Globe, and it seems that it cannot be stopped. Experts worry that it might even get aggravated, due to industrialization, its main trigger.

Global warming affects third world countries the most, but the parasites that were considered to thrive mainly there are now easily transmitted across the continental borders.

These parasites thrive in warm regions, and the temperatures in the United States are steadily on the rise. Many of these dangerous parasites, called “third world” parasites, such as Toxocariasis, Cysticercosis, and Cytomegalovirus, are becoming endemic to the US.

In the last several years, toxocariasis has affected up to 2.8 million people Americans. The retina-scarring parasite is mainly found in the feces of dogs and cats, and it causes fever.

It is common around the inner cities of the states, and numerous residents there have decided to abandon their pets or take them to regular checkups much more frequently than ever.

Yet, anyone can come in contact with feces from a stray dog or cat, so it doesn’t have to be the pet to transmit the parasite at home.

One of the most dangerous intercontinental viruses, Cytomegalovirus, affects nearly 35,000 newborn babies in the US every year. It is transmitted via bodily fluids and causes congenital defects in around 8,000 of them.

Cysticercosis, the tapeworm pig menace, is believed to be prevalent at the time, leading to 170,000 cases every year, and thriving steadily in the Southern US border regions and Latin America.

The symptoms it causes include migraines, blurred vision, and recurrent seizures. It is mostly found in pork meat.

Apart from the concerns in terms of our general wellbeing, parasites greatly impact our intelligence and intellectual resources. Parasites evolve and develop new variants and strains rapidly, and become more resistant and harmful.

The effects of their evolution can be extremely harmful, as the side-effects of the diseases they cause could be highly neurological. This is expected to result in reduced human intelligence and intellectual capabilities, especially in the newborns.

Diminishing human resources and capital will eventually lead to decreased international and global productivity. Since the effects of these ailments are long-term, they will also affect education and acculturation.

Similarly, a chlorovirus called ACTV-1, discovered by John Hopkins bio-scientists, initially thrived in plant algae. Over time, it developed a new strain that can live in human bodies and organs, leading to Mild Cognitive Impairment (MCI) in 30% of the affected persons. This in turn led to poor calculation skills, short attention span, mild dyslexia, and several other cognitive disabilities.

According to The American Scholar:

“When compared with those who did not harbor the virus, those infected were about 10% slower to make calculations and had a reduced attention span, suggesting that the virus compromised their ability to calculate, to focus, and to process visual information — disadvantages in the classroom, on the job, and in other familiar learning situations.”

These disturbing findings only emphasize the need for greater access to health care and hygiene once more.

We should all contribute to preventing the evolution and prevalence of such parasites, as they could severely threaten public health and reduce human intelligence and capital.

The government should funnel more efforts and money into the discovery and control of parasites and parasitic diseases, while we should all be extremely careful and dedicated to the cleanliness of our surroundings.

Yet, many agree that the only real solution to this issue is environmental thinking, as the right method to lower global warming.  Global warming is here and no one can deny it.

But is it here to stay?