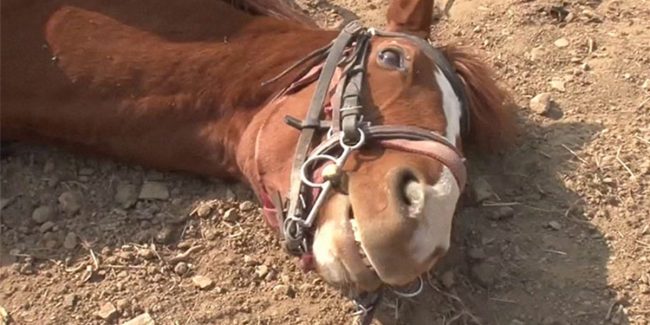 A hilarious video compilation that has gone viral shows a horse named Jingang that plays dead every time someone attempts to ride him.

It was first posted by Kritter Klub on YouTube and it was later shared on Facebook by Frasisco Zalasar, a horse trainer from Durango City. 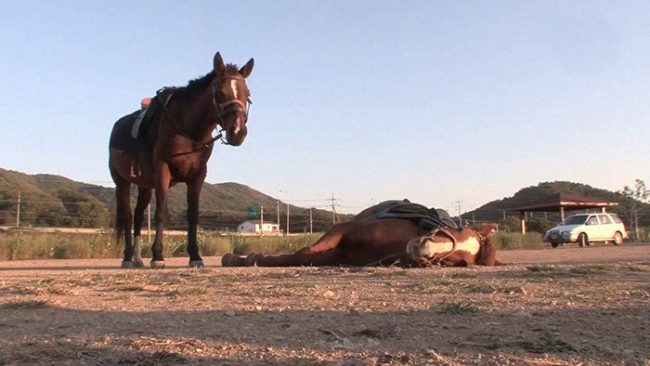 The video compilation shows many encounters where the animal threw itself to the ground when it was approached or mounted by a human.

Without a doubt, Jingang has got the death trick down so well that he even loosens his tongue and puts his hooves in weird positions to make it look like he can go on no longer. 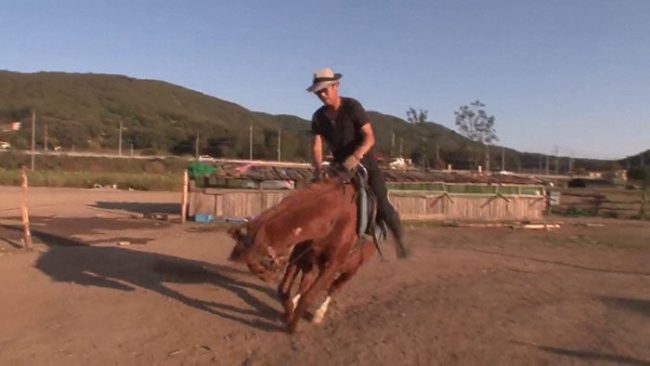 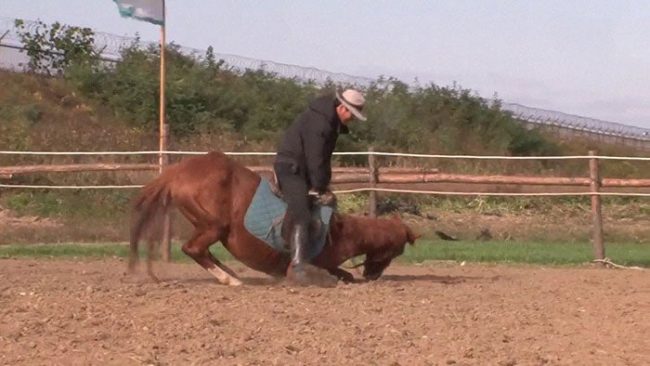 He only stays on the ground for a few seconds, but when anyone starts approaching to get on him, he drops back to the floor. 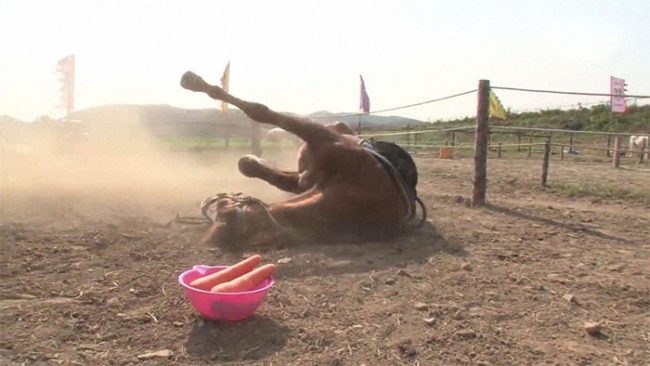 According to a man in the video, the behavior is “cute but naughty.” 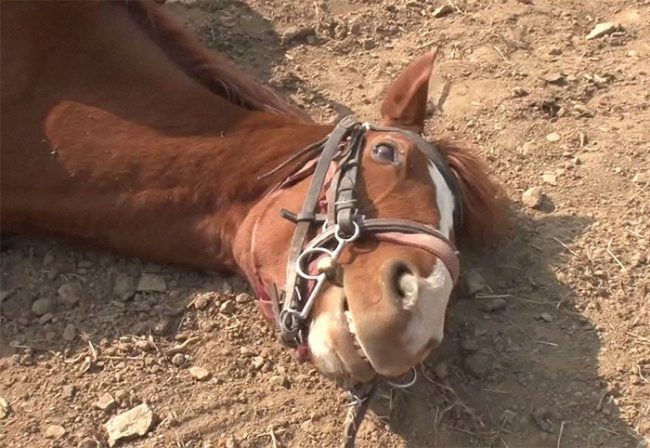 The funny video has been viewed over 24 million times and counting, and the horse has impressed netizens with its amazing acting skills. 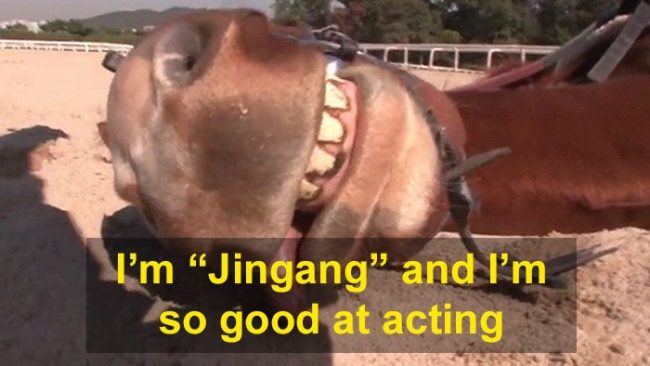 Watch it and decide for yourself, do you think the animal is too lazy, he is playing around, or he just wants to be left alone? 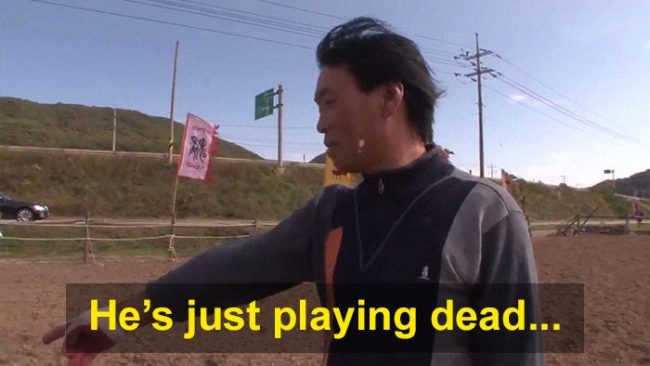 Regardless, we have an Oscar nominee here!