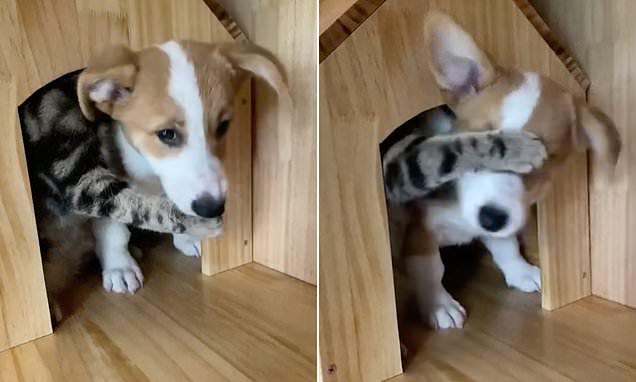 Love is the foundation for a happy family, true, but everyone has to know who is the boss out there! At least one ‘tough’ American shorthair kitten believes that it is its responsibility to teach its Corgi sibling this lesson!

In a hilarious video, Seventeen, the four-month-old cat, is seen stopping the two-month-old pup, nicknamed Beng Beng or ‘Bouncy’, from leaving its cat house.

The owner has shared similar videos before as well, and apparently, Seventeen often wrestles and kicks the puppy during their playtime! No need to ask, the feline wins every single time! 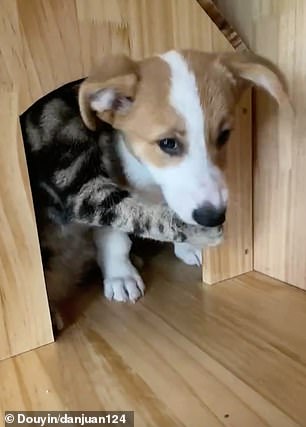 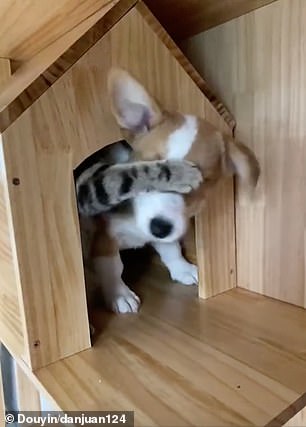 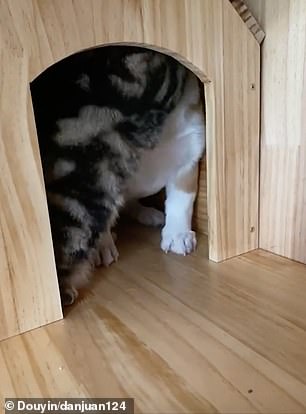 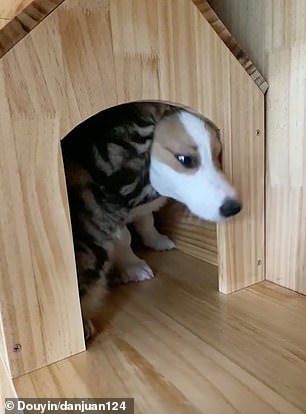 The funny footage was shared by their owner, from north-eastern Chinese city Lianyungang. The furry siblings were playing together in the cat house, but at one point, Bouncy probably had enough and wanted to leave.

However, this was not something the pup can decide on his own, apparently! When the little Corgi wanted to get out of the cat house, Seventeen can be seen holding Bouncy’s neck to prevent it from moving.

Plus, the cat even stuck out its paw to cover Bouncy’s eyes and push his head back inside. For a few seconds, Bouncy tried to resist, and eventually gave in and stopped the fight. 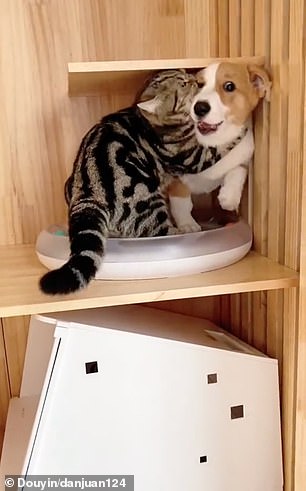 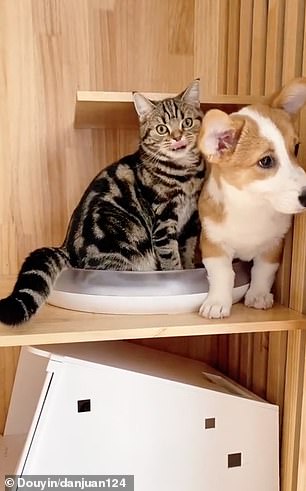 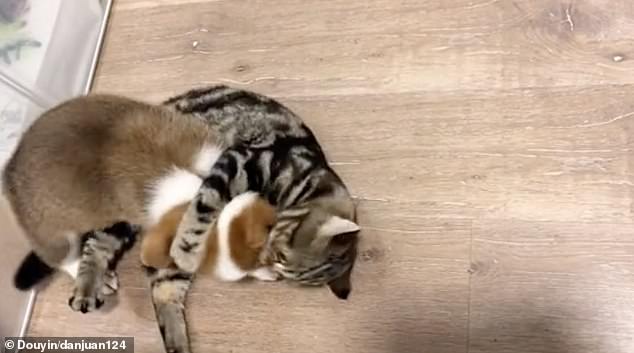 The hilarious fight among the pets delighted hundreds of thousands of social media users after the video was shared on Douyin, the Chinese equivalent of TikTok.

‘So funny! This reminds me of when my girlfriend doesn’t let me go out with my mates.’

Another commented: ‘Hahaha what a feisty, bossy cat with its submissive, cute little puppy!’