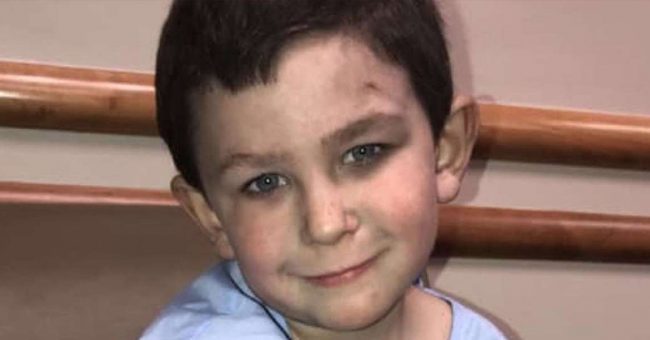 Children teach us valuable lessons on a daily basis, as they are innocent, pure souls, ready to save the world at any given moment. A five-year-old boy from Bartow County, Georgia is the newest hero that warmed the hearts of people worldwide.

The brave Noah Woods saved his entire family from an electrical fire outbreak at their home! He managed to safely get seven people out of their house, and his amazing act has brought him the Lifesaving Award.

Namely, when a fire broke out in their home, due to an electrical malfunction, the family was asleep. Noah slept in the same room with his 2-year-old sister, Lily, and when he noticed the flames and smoke, he immediately got her out through the window.

No one really knows how he managed to do it. He returned inside to rescue his dog, got out, and called his uncle, who lives next door, to ask for help. Together, they alerted the rest of the people inside.

Noah managed to save all the others in the house as well, and no life was lost. He prevented a major tragedy. His sister sustained minor burns to her feet, but she was otherwise okay.

Noah and four other family members were treated for smoke inhalation and minor burns. While he previously dreamed of becoming a superhero, Noah now wants to be a police officer.

“Normally our firefighters are being recognized… but we’re here today to recognize one of our local heroes. Noah’s brave actions saved the lives of the family that day, so we want to recognize him today.”

He explained that what this kid did, was “pretty extraordinary.” The little hero was presented with the Lifesaving Award and named an honorary firefighter in a congratulatory event held by the Fire Department.

Due to his superb bravery, he was given his very own shiny fireman helmet and a badge. His heroic actions fascinated many, even Georgia Gov. Brian Kemp.

His dad’s cousin, a firefighter, said:

“This kid right here is so warm-hearted. I’m honored, I’m privileged just to be part of this family and recognize Noah today. I’ve heard heroes come in all shapes in sizes. He showed me this week, age is a part of it too. Knowing a 5-year-old can go out and save his whole family is an eye-opener to me.”

Kind-hearted people can donate on a GoFundMe page, set up to help the family repair their destroyed home.

“By the grace of God, all nine of our loved ones were able to get out of our home. If it wasn’t for Noah, we may not be here today.”

Let’s all make sure this superhero and his sister get a nice roof over their heads soon!