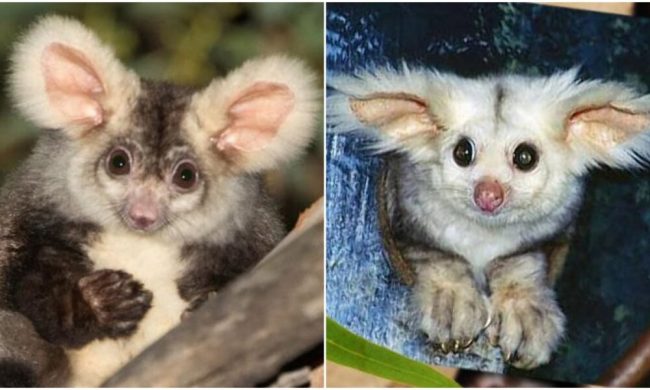 “And just like that, the world became a lot better.” Australia’s scientists have identified two new mammals species, cousin species of the greater glider.

This year has been a tough one for the entire world, and especially for Australia, where massive bushfires killed or displaced around 3 billion animals in one of the biggest wildlife disasters in recent history.

Therefore, it was about time we heard some good news, and it comes from scientists in Australia! Namely, they have identified two new mammal species, that are cousin species of the greater glider!

As one animal lover wrote:

“And just like that, the world became a lot better.”

The glider glides from tree to tree and has characteristic looks: expressive eyes, large ears, and a long furry tail. Up until now, it was considered to be a single species.

Yet, a new study published in the journal Scientific Reports has confirmed that there are in fact three different species that live in northern and central Australia, far beyond Australia’s southern parts where the glider was known to live.

Prof. Andrew Krockenberger of James Cook University, explained that the biodiversity of the country has just got dramatically enriched, adding that “it’s not every day that new mammals are confirmed, let alone two new mammals.”

Even though experts suspected there may be several species, their diversity was considered to be a result of subspecies, and not completely different species.

Yet, the DNA sequencing from tissue samples taken from various gliders found in areas of Queensland, Victoria, as well as museum specimens, confirmed the differences in the gliders’ DNA.

Greater gliders fall into three distinct species that now include Petauroides minor and Petauroides armillatus, in addition to the original Petauroides Volans.

Researchers from Australian National University, the University of Canberra, CSIRO, and James Cook University worked together on the study, and study researcher Denise McGregor said:

“There has been speculation for a while that there were more than one species of the greater glider but now we have proof from the DNA. It changes the whole way we think about them.”

During the daytime, the southern glider is looking for a sleeping place in hollowed-out trees in the woodlands along the Great Dividing Range between New South Wales and Victoria.

Similarly to koalas, it survives on the leaves of eucalyptus trees, and at night, it can fly as high as 330 feet in the air in search of food.

The glider, which has the same size as a possum, was very common in the past. Habitat loss and fragmentation have significantly reduced the number of these marsupials.

Plus, it is additionally worsened by logging, drought, bushfires, and global warming, according to Victoria’s environmental agency. The International Union for Conservation of Nature Red List warns that these animals are vulnerable, particularly because they mainly depend on mature trees.

Now, conservationists have an even more important role- to take care of three different species, instead of one! The new-found species in the north lives in the eucalyptus forests, between Mackay and Cairns in Queensland.

It is the smallest glider, reaching up to roughly a foot in length – approximately the same as the little ringtail possum and about half the proportions of the southern glider.

The central species’ living territory spreads from southern Queensland up to Mackay, and size-wise, it stands between the other two.

“It’s really exciting to find this biodiversity under our noses. The division of the greater glider into multiple species reduces the previous widespread distribution of the original species, further increasing conservation concern for that animal and highlighting the lack of information about the other greater glider species.”

two new greater glider species have been discovered in australia!

it was previously assumed they were of one species, but apparently greater gliders comprise of three separate species. they’re one of the world’s biggest gliding mammals. look at how cute they are! pic.twitter.com/neVdL7Klv3

Additionally, the discovery emphasized the astonishing diversity of the creatures in Australia, an island continent where 87 percent of wildlife is endemic to the country.

Sadly, Australia has the highest percentage of species loss in the world, but scientists hope it can be changed with more accurate taxonomic classification.

“A lack of knowledge about the genetic structure of species across their range can result in an inability to properly manage and protect species from extinction. This is especially true in the wake of a natural disaster, when wildlife management decisions need to be made quickly and under challenging circumstances.”

Girl, 8, Becomes Youngest Person In Michigan To Hunt An Elk