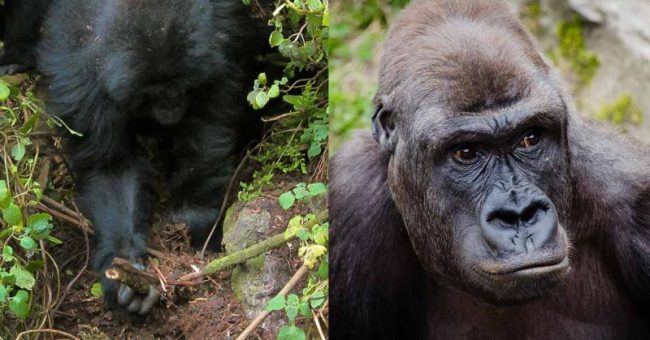 The extinction of any species has devastating ecological consequences. While extinctions are a normal part of evolution, the changes we have subjected the Earth to have drastically accelerated the rate at which they occur.

Over the past few centuries, the number of human-mediated extinctions is on the rise. While the main causes include habitat loss, pollution, and climate change, poaching largely contributes to the issue.

Back in 2012, at the Volcanoes National Park in Rwanda, two 4-year-old mountain gorillas, Rwema and Dukore, male and female respectively, were caught on camera dismantling the traps set by poachers.

The practice was initially witnessed by conservationists from the Karisoke center. One of the trackers, John Ndayambaje, spotted a snare near the Kuryama gorilla clan, but when he tried to deactivate it, he was stopped by the grunts of Vubu, a silverback gorilla.

Then, Rwema and Dukore ran towards the trap, Rwema jumped on the bent tree branch, and Dukore freed the noose. The pair saw another snare, and went closer. Then, a third gorilla, a teenager named Tetero, came, and helped them to dismantle it.

Yet, this behavior is not by accident. A week before, a juvenile gorilla, Ngwino, was caught in a hunter’s snare in the forest. She couldn’t break loose and dislocated her shoulder.

She also got deep rope cuts on her leg, which eventually led to gangrene, and caused her death. The traps were set for antelopes, so hunters didn’t seem interested in the gorillas, and probably left her to die.

“This is absolutely the first time that we’ve seen juveniles doing that… I don’t know of any other reports in the world of juveniles destroying snares. We are the largest database and observer of wild gorillas… so I would be very surprised if somebody else has seen that.”

Adult gorillas have occasionally been trapped in snares, so the younger ones are aware of the threat they pose.

Yet, the speed in which the two juveniles dismantled the trap made Vecellio think that they had experience in it:

“They were very confident. They saw what they had to do, they did it, and then they left.” 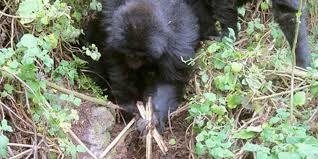 The news shocked Mike Cranfield, Veterinarian and the Executive Director of the Mountain Gorilla Veterinary Project, as well, and he believes that they must have learned it by watching the trackers at the center work.

“Chimpanzees are always quoted as being the tool users, but I think when the situation provides itself, gorillas are quite ingenious.”

However, Vecellio explained that they cannot teach more gorillas to do the same as they do not want to interfere with them, in order not to “affect their natural behavior.”

Snares are often used by poachers, as they can catch any type of animals, they are easy to make, and hunters can set up more of them at once.

“Using the rope, they pull the branch downward, bending it. They then employ a bent stick or rock to hold the noose to the ground, keeping the branch tense. A sprinkling of vegetation camouflages the noose. When an animal bumps or budges the stick or rock, the branch springs upward, closing the noose around the prey. If the creature is light enough, it will be hoisted into the air”. 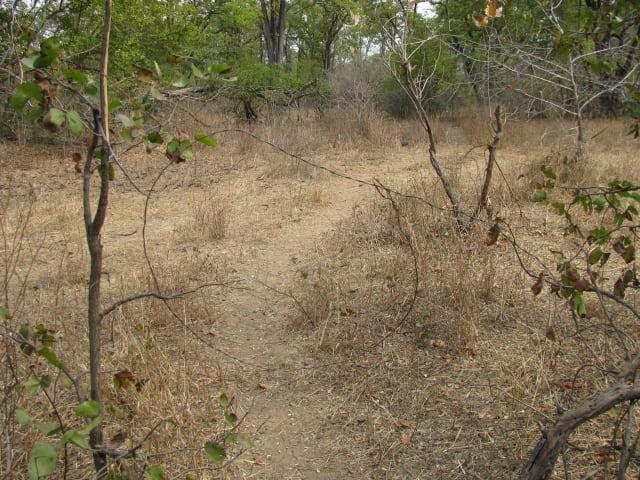 On the other hand, conservationists cannot easily spot and dismantle snares.  Gorillas get caught in them by accident, as snares are often set for antelopes and other bushmeat.

Yet, because of their strong and stable hands and wrists, and the ability to grasp and manipulate objects with the feet and hands, gorillas can break free, especially the adults. 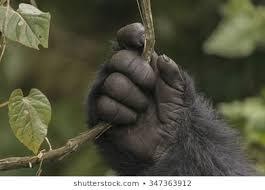 Gorillas are classified as endangered, and their populations decrease due to human-induced habitat loss and deforestation, pet trade, poaching, their susceptibility to disease, hunting for their meat, and lack of awareness.

Numerous organizations and projects address the issue and focus on boosting the effectiveness of protected areas, stopping the illegal trade in gorilla products, and supporting gorilla conservation. 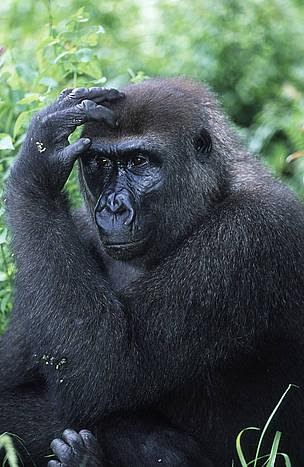 Nevertheless, everyone can help, so let us ensure that gorillas will have a secure future in the wild!

To Help Save Bumble Bees, Plant These Flowers In Your Spring Garden