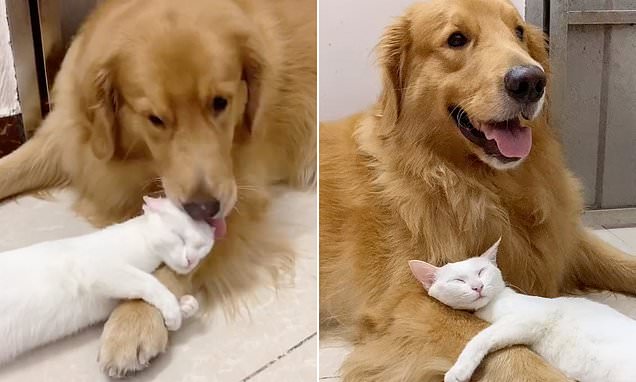 The owner of a golden retriever and a cat shared footage of the two unlikely friends- in it, the dog is seen licking his best friend cat, while they cuddled up together at their home

It seems that times have truly changed, my friends, and cats and dogs are no longer enemies! It turns out, they have found a way to solve their communication issues, and one adorable duo proves it!

Mr. An, from China, is the lucky owner of a golden retriever and a cat. His two pets shared a strong bond after growing up together, and he has documented it in heart-melting footage!

In the video, his dog, nicknamed Duo Duo, licks Snowball, his best feline friend, while they cuddled up together at their home in Guangzhou.

Duo Duo eventually becomes a comfy bed for his best friend, and Snowball nuzzles into his fur and wraps its paws around his legs.

One user commented on the footage:

‘What a heart-warming scene. They must’ve known each other from past life.’

‘The cat looked so happy and they rely on each other. Wish they could always be this happy together for the rest of their lives!’ 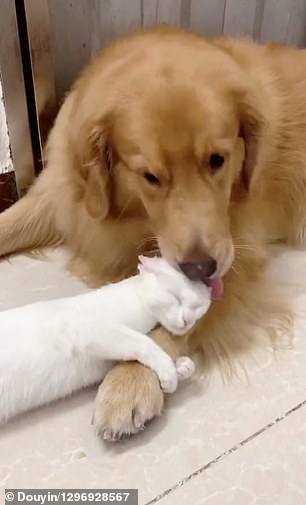 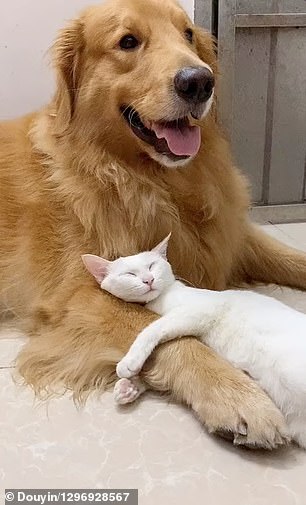 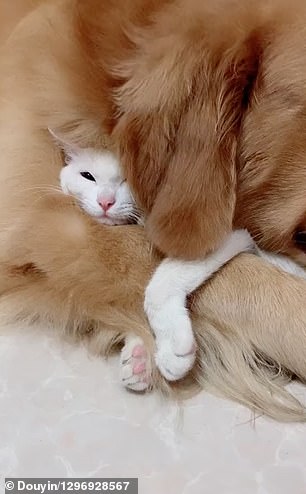 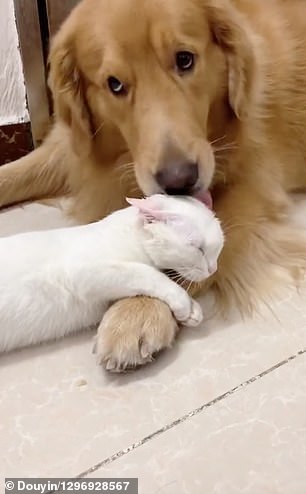 Mr. An explains that his pets are always together, even when they are sleeping.

Since last year, he has been sharing videos of Duo Duo and Snowball on Douyin, the Chinese equivalent of TikTok, and people absolutely love them!

The adorable best friends have attracted more than 143K followers. 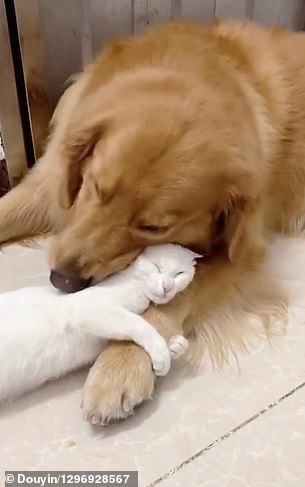 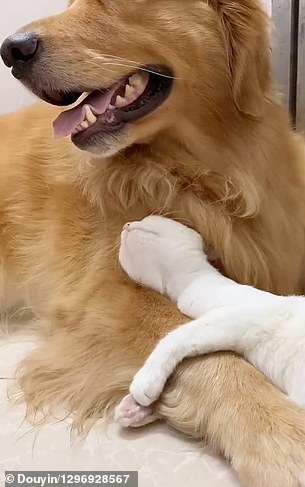 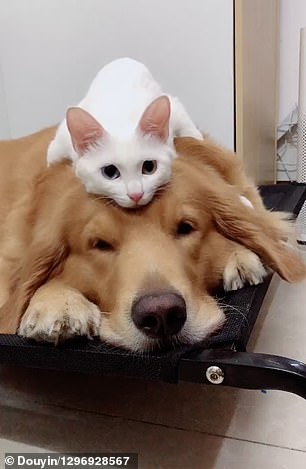 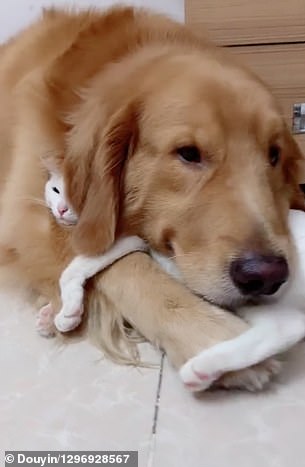 16-Year-Old Girl With Autism Is Left To Celebrate Her Birthday Alone. Her Mom Is Asking For Cards