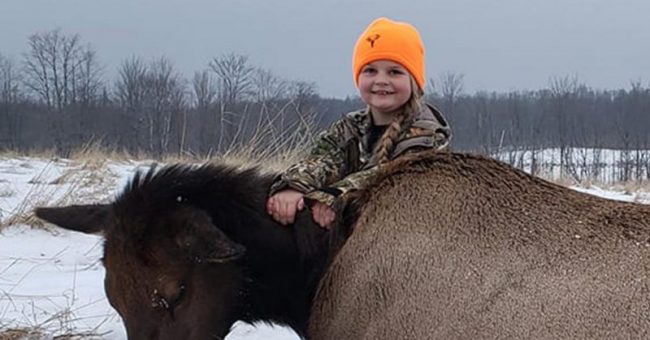 An eight-year-old girl from Michigan is the only girl in the family interested in hunting- she successfully hunted an elk and became the youngest person to do so in the state.

Children are curious, easy-going, strong, and fearless. However, one little heroine from Michigan caught everyone’s attention! Can you imagine successfully hunting a massive animal at the age of eight?

Meet the youngest person in Michigan to hunt an elk- Braeleigh Miller! The 8-year-old beauty shot a 400-pound cow with a rifle from a distance of over 200 yards!

She is the only girl in the family interested in hunting, but the record she broke last December is even more exciting: 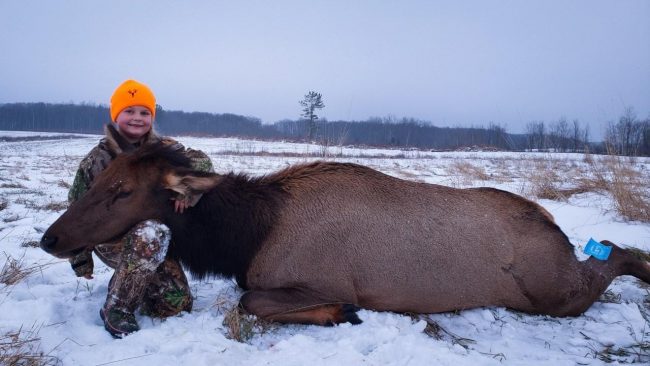 The previous night, Braeleigh, her dad, Gunnar Miller, and the hunting team had to track down the elks with the help of a guide, Dan Connell.

“They were all still in the field when it got daylight and we waited for legal shooting hours, and we snuck across the field and they were in a perfect position in the field, I mean it couldn’t have unfolded any better.” 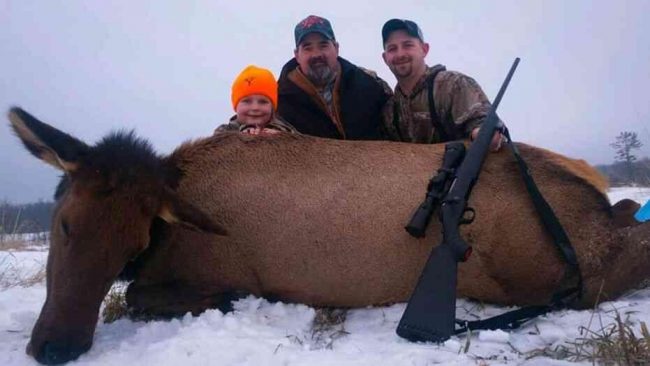 The father added that he was so moved by his daughter’s accomplishments that he got choked up and had tears in his eyes:

“Yeah I got pretty worked up, I was pretty excited.”

While most people were happy for the little hunter, some argued the death of the animal, the size of the gun, and the age of the girl. Michigan created The Mentored Youth Hunting Program to teach children the rich hunting experience of Michigan.

Children learn the importance of conserving the state’s natural resources while keeping the hunting tradition alive. Gunnar explained that hunting is a crucial part of the culture of their state and it is therefore very important in his family.

“Youth hunting in Michigan is a dying sport, and that’s why Michigan actually opened the mentor youth program after studies that have proven in Michigan is that the younger a kid is when they actually get into hunting, the more likely they are to continue it throughout their life.

So doing that study and everything obviously I would have gotten my kids into hunting at a young age no matter what, but to have the opportunity to have them be the one that’s pulling the trigger and actually harvesting the animal at a young age is a huge opportunity for them that we didn’t have when we were younger.” 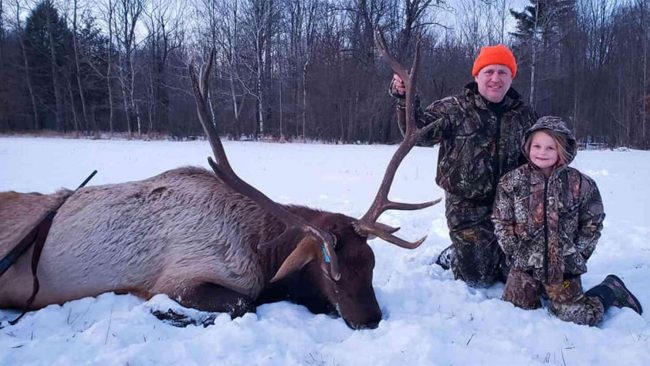 Nowadays, there are over 1,000 elks in a herd in Michigan, but not so long ago, back in 1918, these relatives of deer were completely gone in the state due to poor habitat and harvest, and elks were brought in from the West.

To prevent any negative effects of having too many elks now, the state uses several tools, regulated hunting, proper management, and regulation. Every year, more than 30,000 hunters in Michigan apply to hunt elk, and 200 of them are lucky to get the elk license and legally hunt these massive animals.

The license is received via a draw, and the lucky winner still has to buy a base license and a receipt before going elk hunting.

There are three seasons for hunting elk in the state, the first one being between August and September, the second during December, and the third lasts just a few days in January. The goal of the last one is to ensure that the previous seasons have met the goals of the population control.

As elks are huge, they are an easier target to shoot than deer.

Yet, these are some tips to help you on the hunting trip and come home with the prize:

What Happens When You Don’t Wash Your Sheets Often