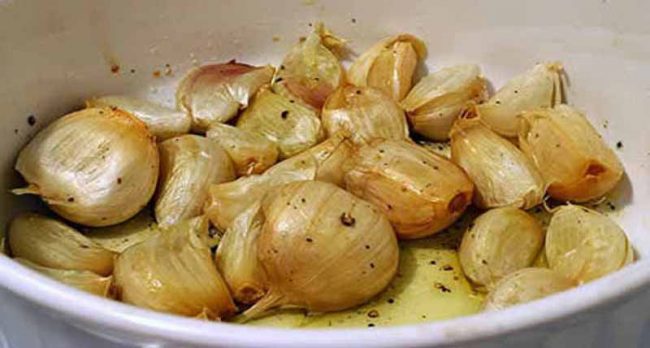 Garlic is undoubtedly among the top natural antibiotics, and in a combination with lemon, thyme, and onions, it makes a powerful natural remedy that will destroy almost any virus and prevents colds and the flu.

“China is by far the world’s largest commercial producer of garlic, with 20 million tons of production in 2014. In that same year, India was the second largest producer with about 1.25 million tons, and South Korea, Egypt, and Russia rounded out the top five countries for garlic production. Between 50-75% of all garlic consumed in the U.S. is currently grown in China.

Mexico and Argentina are also important sources for garlic imports into the U.S. At present, the U.S. serves as the number one import market for fresh garlic worldwide. This demand for fresh garlic in the U.S. is clearly reflected in our increased history of use: on a per capita basis, U.S. adults average about 2 pounds of garlic per year, as compared with less than ½ pound per year in the early 1970s.

Within the United States, 80-90% of all garlic comes from California. Two regions of the state are especially important for garlic production: the western San Joaquin Valley and the area west of the Diablo mountain range. Much smaller amounts of garlic are grown commercially in Oregon, Nevada, and Arizona.”

Garlic has been traditionally used for thousands of years. In Ancient Egypt, people used it to treat 22 ailments, and in ancient Egypt, it was used as a natural remedy for leprosy, infections, lung and blood disorders and insect bites. The Romans fed garlic to soldiers and sailors to boost their endurance.

Garlic has been found to boost the overall antioxidant levels of the body, and from the Middle Ages on, it has been commonly used to treat infections, and wounds.

Its powers are attributed to the presence of allicin, and scientists at the Washington State University found that garlic is 100 times more effective than two popular antibiotics at fighting disease caused by bacteria commonly responsible for foodborne illness.

When garlic is crushed, alliin gets converted into allicin, which regulates cholesterol and blood pressure and prevents blood clots. Moreover, garlic lowers the risk of developing atherosclerosis, fights the flu, colds, and earaches, diarrhea and digestive issues, and even prevents the onset of cancers.

‘This chemical has been known for a long time for its anti-bacterial and anti-fungal powers. Because of this, people assume it is going to boost their immune systems. Lots of people are simply mashing up garlic, mixing it with olive oil and spreading it on bread. But how or whether it may actually work has still not been proven categorically.’

According to the United States Department of Agriculture, a 1-teaspoon serving of garlic offers:

Researchers have also found that it supports heart health, increases the number of T-cells in the bloodstream, fights viruses, and strengthens the immune systems.

An Australian study that involved 80 patients published in the European Journal of Clinical Nutrition showed that diets rich in garlic lower high blood pressure. Brazil dentists have shown that garlic water destroys germs that cause tooth decay and gum disease.

Although scientists maintain that garlic can support health in so many ways, pharmaceutical companies are not interested in running huge, expensive trials, as they cannot patent it, and profit from its sale.

Now, here s how to prepare this amazingly tasty garlic soup that will help you reap all the benefits of this vegetable:

Preheat the oven to 350F., and in a small glass baking dish, place 26 garlic cloves, pour 2 tablespoons of olive oil, and sprinkle with sea salt. Cover with foil, and bake for about 25 minutes, until the garlic is tender and brown. Leave to cool, squeeze the garlic between the fingertips, and transfer the cloves to a smaller bowl.

In a larger saucepan, melt the butter over medium-high heat, add ginger, thyme, onions, and cayenne pepper. Cook for about 6 minutes, and then add the roasted garlic and the 26 raw garlic cloves.

Cook for three more minutes, add the vegetable broth, cover, and let it simmer for about 20 minutes.

Puree the soup in the blender until smooth, return it to the saucepan, add the coconut milk, simmer, and season with sea salt and pepper. Squeeze the juice of a lemon wedge into each bowl and serve.

Weighted Blankets for Sleep and Anxiety: Why You Probably Want To Try This

Natural Treatment for Frozen Shoulder and Be Healed Within Days!