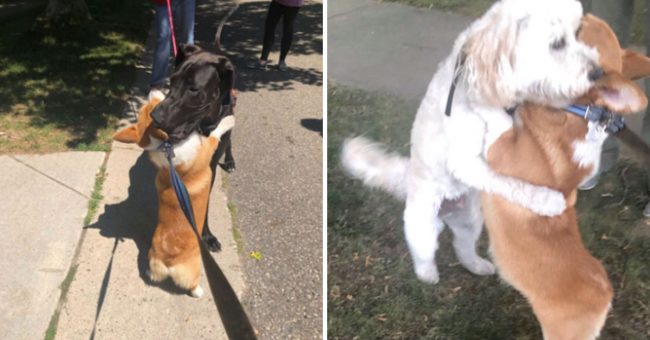 One-year-old Corgi Wallace cannot help but hug every single dog he meets on his walks.

This year, things have become rather rough, and we were forced to keep a distance from others and isolate. This came as a shock for everyone out there who enjoy getting up close and personal, and love expressing their love in the old- fashioned way.

Luckily, things remained the same for dogs! Dogs are simply the best in showing their love for us, but some of them are simply amazing!

Meet Wallace, the adorable Corgi, who knows the best way to make things better- by hugging! 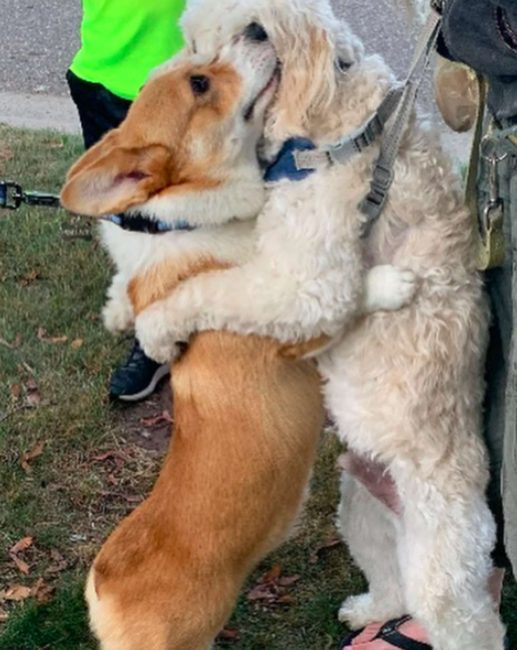 His owner, Noah Raminick, explains that Wallace just can’t help but hug every single dog he comes across on one of his walks! The year-old Corgi is playful and won’t let any of his fellows go past him without a hug.

“He first hugged his friend Charlie and we were blown away. They were hugging and kissing. Then he did it to a few other dogs he knows well and we realized it was a ‘thing.’” 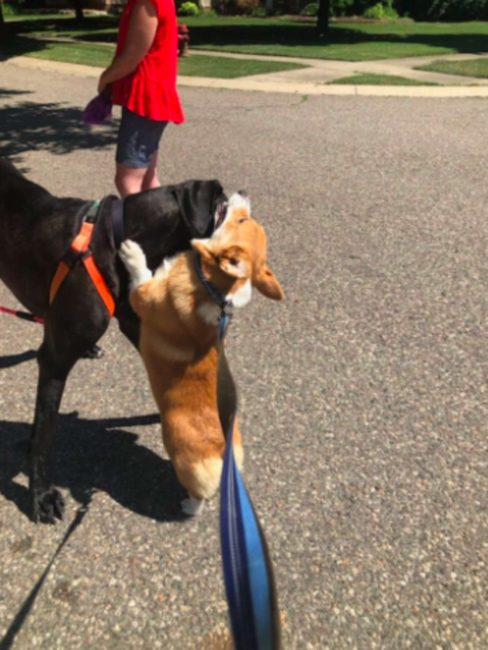 No one taught or trained this dog into giving hugs, so it is his own way of displaying affection. Well, it comes as no surprise, knowing that his middle name is Casanova!

The name was given after the heart-shaped nose he had when he was born. 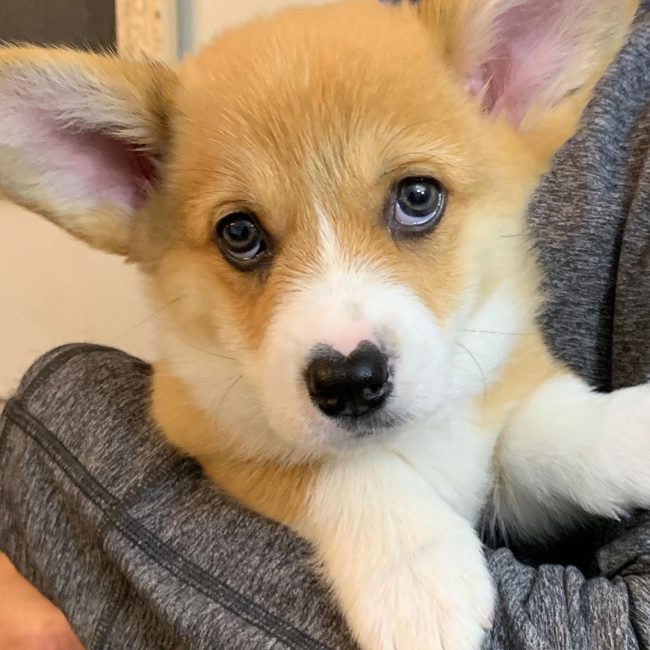 Plus, he is a true gentleman! He initially gets close to the other dog until it becomes comfortable with him, gives a brief sniff, and then gets on his two hind legs and wraps his little paws around the other canine.

Yet, not everyone loves hugging, don’t you agree?

For instance, Wallace’s Cavapoo cousin, Milo, is afraid of hugs, so he receives a few kisses instead! 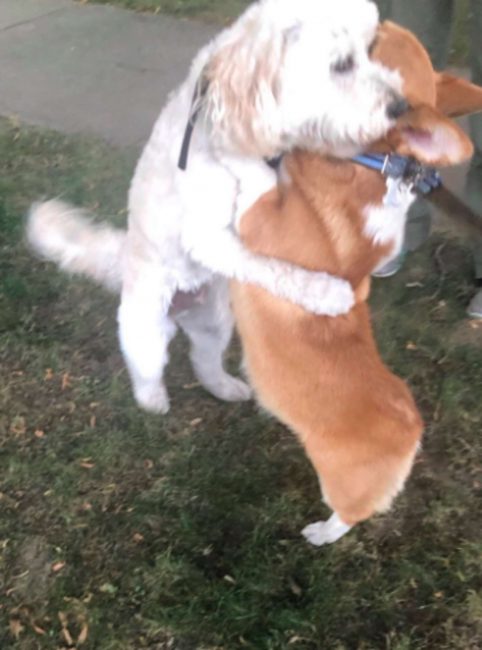 The affectionate hugger doesn’t discriminate, and hugs all dogs he meets, small and large. He is fearless, having a Great Dane as a best friend, and “they always hug when they see each other.” 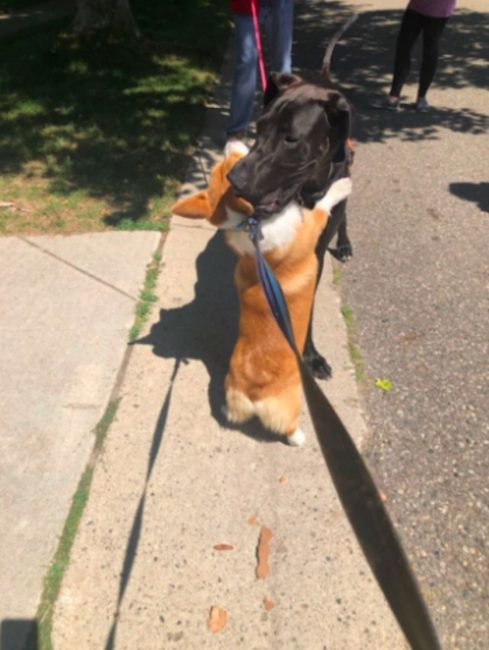 Wallace shares his love with humans too, and Raminick said:

“He’s the biggest sweetheart. He’s always very happy to be around people and other dogs. He loves to give face kisses to people and when he sees another dog, he’s always the one to initiate a play session.

His favorite things are morning and evening cuddles, playing fetch, and me chasing him around the house. I don’t think Wallace has any dislikes.” 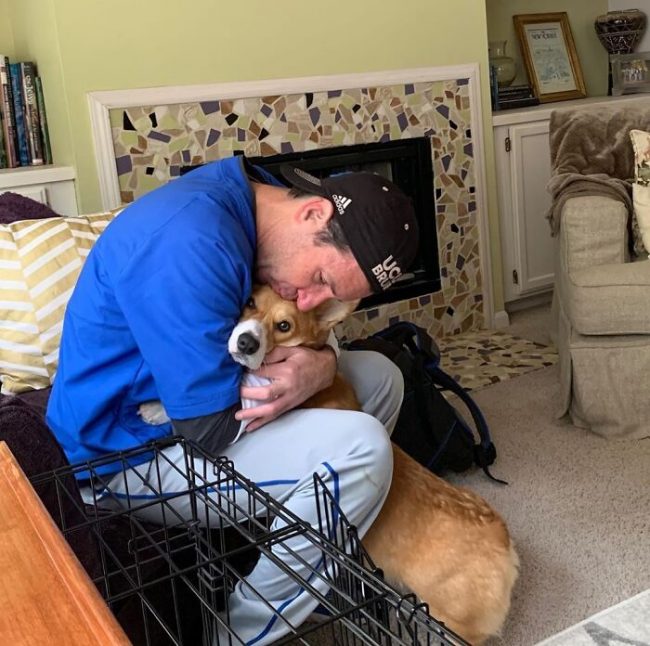 I want one of these hugs too! 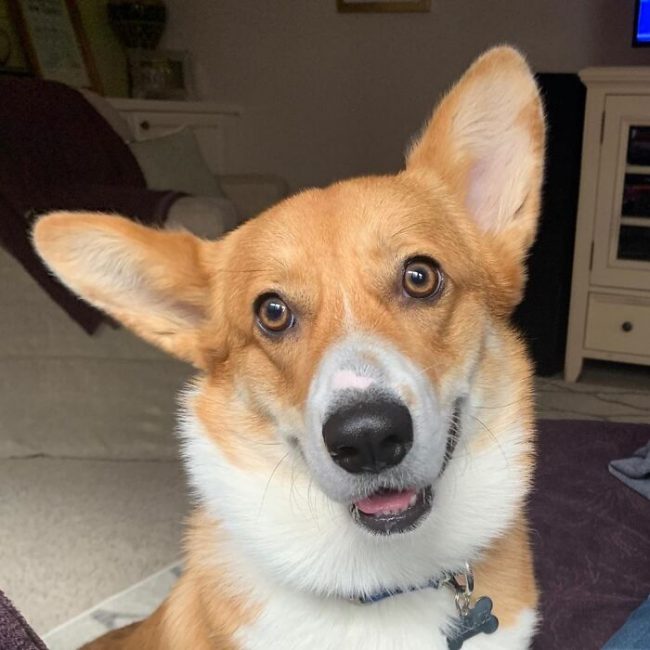 These are people’s reactions to this: