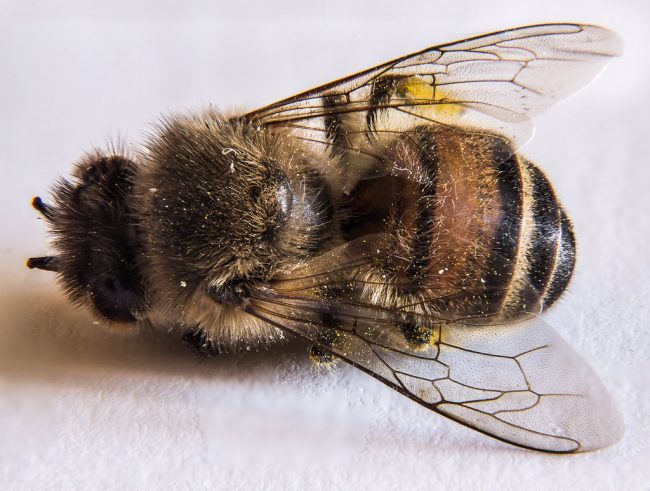 The excessive use of pesticides has brought about numerous disastrous effects on the environment, and among them, it has recently drastically reduced the bee population in various areas of the world.  Yet, not many countries took remedial measures, even after realizing the dangers, but this was not the case with France.

It is on track to becoming the first European country to ban five pesticide varieties, as scientists believe that these neonicotinoids are extremely dangerous since they kill bees.

However, while bee-keepers and environmentalists are extremely happy with this decision, sugar beet and cereal farmers are not very excited about it, since they are afraid that in this way, their crops will be more prone to pests and insects.

This ban actually moves beyond the apparent boundaries set by the European Union, as only three neonicotinoids had been outlawed by the EU, and the country banned all five of them, and not only in indoor fields but within greenhouses as well.

Researchers have even shown that these pesticides lead to the mysterious “colony collapse disaster” among bees in Europe, which made Britain agree with the ban, even though it had initially opposed it.

The bees have actually become addicted to these harmful pesticides, just like we become addicted to nicotine and other similar substances. The synthetic neonicotinoids have a similar structure to that of nicotine, and they attack their central nervous systems.

Neonicotinoids are the most commonly used pesticides these days, and they were introduced as a replacement for the even more harmful pesticides used in the past. These addictive chemicals were found to mess with the sperm count of the male bees, reduce their memory and ability to return home.

However, this ban was opposed by some angry French farmers, who believe that there is not enough substantial evidence to connect the pesticides with the decline in the bee population.

Also, there were people who maintain that the condition could only improve if all pesticides were banned. Fabien Van Hoecke, a beekeeper in Saint-Aloué in Brittany, who lost 86 percent of his bees over the winter, says:

“There are pesticides all over the place. “ While the ban was “a good thing, it won’t save us.”

He predicts that even though these pesticides will be withdrawn, they will soon be replaced by others.

Moreover, FNSEA, the largest farming union in France, claimed that such a ban could cause unfair competition between European producers, and has called for an exemption of the ban in areas where there’s no adequate alternative.

However, the French public health agency, ANSES, claimed that there are several sustainable and efficient alternatives which are already operational in France. Nevertheless, this decision by France has been generally more praised than criticized.

“The ban pitted French agriculture minister Stephane Travert, who lobbied for an easing, against environment minister Nicolas Hulot who refused to back down. Hulot resigned, saying he felt “all alone” in the government on environmental issues.

Earlier this month, Canada announced plans to phase out clothianidin and thiamethoxam. The French ban allows for case-by-case exemptions on the use of acetamiprid until July 1, 2020.”

“The reduction of pesticide use is a goal that has long been in the works for France. In fact, the country had originally set a deadline for a 50 percent reduction in pesticides to be achieved by this year. However, between 2014 and 2016, pesticide use increased by 12 percent, resulting in that deadline’s extension to 2025. The decision to eliminate the use of neonicotinoid pesticides writ large demonstrates France’s commitment to meeting this target.”

Stop Buying Blueberries. Use This Clever Method To Get A Never Ending Supply

16 Ounces of Sauerkraut is Equal to 8 Bottles of Probiotics