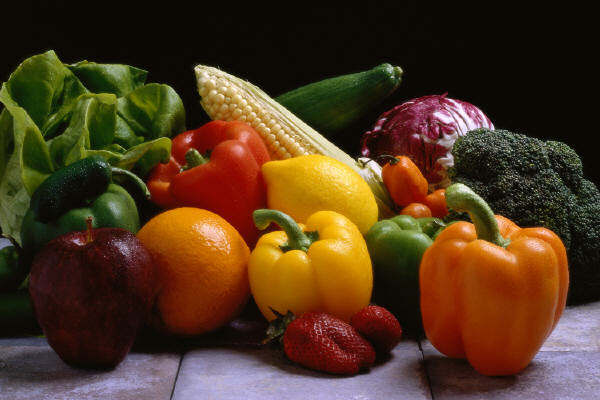 Eating  well balanced and healthy food can help you reduce or maintain your weight, and it can also reduce the risk of diseases. Food amount and variety has a big influence on your health.

Food gives the body the energy needed for daily activities like walking, gym, playing football or riding a bike. It is also necessary for the normal body functions. However, no matter what age you are, it is very important to eat  healthy food.

It is never late to start eating healthy food and improve you eating habits.

Here are some interesting and funny facts about healthy food:

-- Almonds are member of the peach family.

-- Apples are part of the rose family.

-- Strawberries have more vitamin C than the oranges.

-- Avocados are poisonous to birds.

-- Tomatoes were thought to be poisonous.

-- The water from the young coconut can be used as a substitute for blood plasma.

-- One can of soda contains 10 teaspoons of sugar.

-- Over 300,000 deaths per year are caused by poor nutrition and a lack of physical activity.

-- In the US, the average adult drinks are about 550 cans soda per year.

-- In the United States, the first cause of death is smoking, the second is obesity.

-- Diabetes is increased by 33% in the past 20 years, because of the increased number of overweight people.

-- It takes 20 minutes for your brain to know that your stomach is full.

Did you know that….

-Goat’s milk is more popular around the world than cow’s milk.

-Honey is used in antifreeze and in the middle of golf balls.

-About 150 people per year are killed by coconuts.

-Rice is the main food for half of the world’s population.

-The average American or Canadian will eat almost 12 pounds of cereal per year.