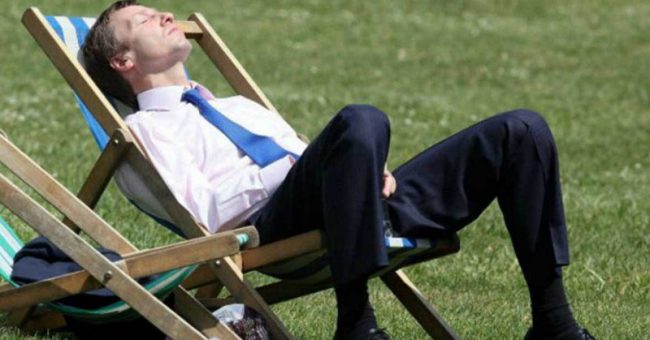 A 2016 study published in the Melbourne Institute Worker Paper series found that the best performance of people over 40-years-old can be drastically improved by a three-day workweek.

Namely, the study done by The Melbourne Institute of Applied Economics and Social Research at the University of Melbourne analyzed the work habits of 3,500 women and 3,000 men through a series of cognitive tests, such as matching letters and numbers under time pressure, reading aloud, and reciting lists of numbers backwards.

Researchers considered factors like life quality, family structures, economic well-being, and employment, and found that people who worked an average of 25 hours per week performed the best.

The overall cognitive performance would increase until people hit the 25-hour mark, and at this point, the scores on the cognitive tests started dropping due to stress and fatigue.

In other words, when does the impact of working hours on cognitive ability change from being positive to negative?…

Using the test scores of memory span and cerebral dysfunction for the respondents, it is found that working hours up to 25–30 hours per week have a positive impact on cognition for males depending on the measure and up to 22–27 hours for females…Our study highlights that too much work can have adverse effects on cognitive functioning.”

According to Colin McKenzie, professor of economics at Keio University who participated in the research:

“Many countries are going to raise their retirement ages by delaying the age at which people are eligible to start receiving pension benefits. This means that more people continue to work in the later stages of their life.

The degree of intellectual stimulation may depend on working hours. Work can be a double-edged sword. It can stimulate brain activity, but at the same time, long working hours and certain types of tasks can cause fatigue and stress which potentially damage cognitive functions.

“What the authors find is that cognitive functioning improves up to the point at which workers work 25 hours a week and declines thereafter. Actually, at first the decline is very marginal, and there is not much of an effect as working hours rise to 35 hours per week. Beyond 40 hours per week, the decline is much more rapid.”

If you are not careful, you can overwork and get consumed by work, as the pain-staking hours always are always at the cost of the body and brain.

If you do not slow down, you can face numerous problems in life, such as:

From such reasons, France made it illegal to email employees after work hours.

Numerous scientists claim that we need to find the work-life balance, and change the length of the modern workweek, in order to protect our physical and mental health.

8 Common Health Problems That Can Be Treated With Epsom Salt