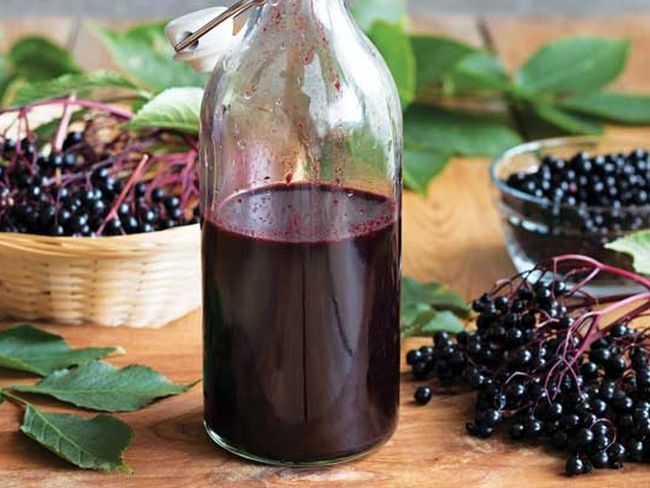 According to scientists, elderberry syrup is something we should all have at home during the winter, as it is an extremely potent natural remedy against the flu and colds.

Elderberries are the fruit of the elderberry shrub, and they are rich in antioxidants known as anthocyanins. They are cultivated for medicinal and food purposes and are used to make jam, jelly, and tea, gummies, capsules, medicinal syrups, and lozenges.

Most supplements use the black elder (Sambucus nigra), and the flowers of the European elder, known as elderflower, are used to make elderflower cordial or liqueur.

It has been used as a herbal remedy for colds, flu, and sinus infections for hundreds of years, and studies have found that elderberry extract has strong virus-fighting, immune-stimulating, and anti-inflammatory effects.

It strengthens the immune system and treats the symptoms of colds and the flu within 48 hours.

One 2004 study published in the Journal of International Medical Research, found the if the elderberry extract is used within 48 hours of the onset of the influenza A or B virus, it shortens the duration of flu symptoms by an average of four days.

In another 2009 study published in the Online Journal of Pharmacology, H1N1 and avian flu patients were given four 175-milligram daily doses of elderberry extract, which led to dramatic improvement within 24 hours.

Namely, within 24 hours, the muscle pain, headaches, fever, and nasal congestion of patients were greatly reduced. According to researchers, within 48 hours of treatment, about 90% of the elderberry extract treated patients did not experience any symptoms, or their symptoms were only mild.

Nutrients published a 2016 study which found that elderberry can reduce the duration and symptoms of a cold in air travelers. Namely, travelers used it from 10 days before their trips, until four to five days after arriving overseas, and it reduced the duration of their cold symptoms by two days.

Meet the Cambridge Scientist on Verge of Treating Multiple Sclerosis