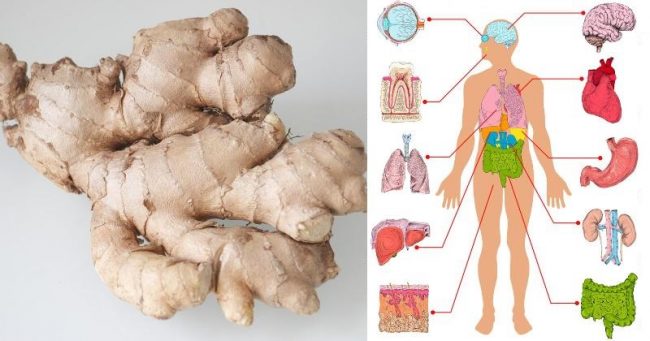 Ginger has been traditionally used for thousand years, and it is an important ingredient in numerous recipes from the Asian and Indian cuisine.  This medicinal plant is a natural remedy for pain, digestive issues, nausea, and much more.

The most commonly used part of this plant is the root or underground stem, known as the rhizome. It can be consumed dried as a spice, fresh, powdered, or in the form of an oil or as juice.

Here are several things you will experience if you start consuming ginger regularly:

Ginger is a natural way to strengthen the immune system and fight off numerous health issues. According to The World’s Healthiest Foods website, “ginger can not only be warming on a cold day but can help promote healthy sweating, which is often helpful during colds and flus. A good sweat may do a lot more than simply assist detoxification.”

Namely, “ German researchers have recently found that sweat contains a potent germ-fighting agent that may help fight off infections. Investigators have isolated the gene responsible for the compound and the protein it produces, which they have named dermicidin.

Dermicidin is manufactured in the body’s sweat glands, secreted into the sweat, and transported to the skin’s surface where it provides protection against invading microorganisms, including bacteria such as E. coli and Staphylococcus aureus (a common cause of skin infections), and fungi, including Candida albicans.”

Ginger contains phenolic compounds which soothe irritation in the gastrointestinal tract, stimulate the production of saliva and bile, speeds up the emptying of the stomach, and allows food and fluids to move through the GI tract more smoothly.

Oxidative stress and chronic inflammation speed up the aging process, leading to dementia, Alzheimer’s disease and other age-related cognitive impairments.

Yet, the numerous antioxidants and bioactive compounds in ginger inhibit inflammatory responses that occur in the brain, improve brain health, and improve reaction time and working memory.

Ginger tea is a safe nausea remedy, especially during cancer treatment or pregnancy and morning sickness.

Studies have shown that ginger extract reduces pain in osteoporosis patients, and reduces the need for pain medications.

In a recent study involving participants with type 2 diabetes, researchers found that 2 grams of ginger powder each day lowered blood sugar and led to a 10% overall reduction over a period of 12 weeks. High blood sugar is a major risk factor for heart disease. With the effects of ginger on blood sugar, your risk of heart disease may be lowered by at least 10%.

Did You Know That You Can Detox Your Body Through Your Feet?