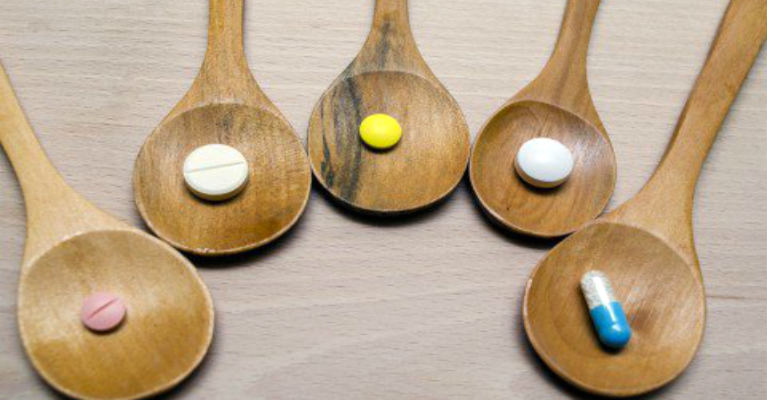 Turmeric is an extremely beneficial natural ingredient, which is believed to be an alternative cure for numerous different illnesses. Namely, as its use has fewer side-effects, it is often advised as a natural variant of medications and drugs.

However, in some rare cases, turmeric can cause severe negative effects on the health, if used excessively, or if combined with certain drugs.

When referring to turmeric, people usually think of the ground-up root of this plant, which has been used as a culinary spice, as a medicine, and in ceremonies in India for more than four millennia.

Numerous studies have proven the health benefits of turmeric, even though not all of them are scientifically backed- up.

Most of its properties are due to its active ingredient, curcumin, which has been found to have powerful anti-carcinogenic, anti-inflammatory, anti-oxidant, and anti-thrombotic properties.

Due to its beneficial action, numerous people use turmeric in combination with other medication, or as an alternative to their prescribed drugs. This is mostly due to their wish to avoid the negative effects and complications of the excessive use of pharmaceuticals.

However, turmeric can be dangerous if taken in combination with some specific drugs, and may cause harmful and severe side-effects.

Sometimes, its most advantageous properties may become dangerous if combined with drugs. Thus, its anti-thrombotic property which reduces blood clots may endanger the health if combined with blood-thinning medicines, like aspirin, warfarin (Coumadin, or clopidogrel (Plavix). Namely, their combination actually boosts the effect of the blood-thinning drugs and thus raises the risk of bleeding.

Turmeric also interacts with diabetes medications, which reduce the blood sugar. Namely, it boosts their effect, and thus elevates the risk of low blood sugar. As a result, you may experience numerous side –effects, like blurred vision, delirium, impaired cognitive function, anxiety, and shakiness.

The consumption of turmeric may also lead to allergic reactions, such as outbreaks like rashes or hives, and may even cause shortness of breath and anaphylaxis.

Furthermore, turmeric should not be combined with drugs that reduce stomach acid, as the body will actually increase its production of stomach acid, and thus, lead to nausea, stomach pain, bloating, and esophagus damage.

These drugs which lower the stomach acid include Omeprazole, Famotidine (Pepcid), Cimetidine (Tagamet), and Ranitidine (Zantac).

Therefore, if you take turmeric at the same time as some drug or medicine, or in case you experience some allergic reaction, you should replace it with some other natural alternative, or reduce the amount of turmeric you consume.