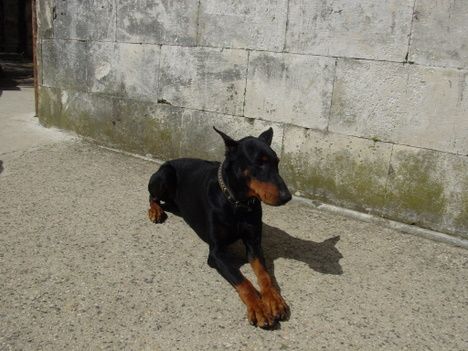 Dolphins are one of the smartest animal species on Earth, and their brain size compared to the average of their body size is second only to humans.

These amazing creatures have been known to imitate human actions, solve complex problems, follow recipes, and respond positively to television by expressing curiosity when moving images were displayed on a device. Scientists have found that they can create personalized whistles that act as names for individual members of a pod.

The main contributors to their intelligence are the facts that live in complex social groups and have evolved to have very developed brains. Presumably, dolphin brains evolved to meet the needs of their environment, and as their intelligence and highly-involved social interaction were the means of survival for dolphins, their brains adapted accordingly.

However, beyond all of this, an experiment conducted by Diana Reiss and Lori Marino showed that dolphins are self-aware, which is a sign of higher intelligence.

As explained by researchers at the National Aquarium in Baltimore, the capability of mirror self-recognition, “is thought to correlate with higher forms of empathy and altruistic behavior.”

They often demonstrate empathy towards humans and other animals when they need help, like in the case of an 11-year-old Doberman, named Turbo. Two of these amazing creatures are being credited with saving a lost dog on Marco Island, Fla, that escaped from the yard of owner Cindy Burnett in 2011.

The dog ended up dog-paddling in a nearby canal and had been missing for 15 hours when two dolphins alerted the neighbors to its struggle in the water by swimming with Turbo and splashing loudly.

Turbo was eventually pulled to safety with the help of firefighters. Fortunately, the amazing story had a happy ending, and Burnett understandably called the dolphin-aided rescue “a miracle.”

The article was initially published with a headline: “Dog Falls Into Canal And Starts To Drown, Until The Group of Dolphins Comes To Saves Him” which has contained misleading information in terms of the actual event. Namely, it said that a dog has recently fell into a Florida canal and almost drowned before a dolphin rescued it, while the event took place in 2011 on Marco Island.

Moreover, the article featured an image of a brown dog riding on the back of a dolphin, from a short film titled “Zeus and Roxanne,” created by a Dutch filmmaker. Therefore, we must explain that the dog and the dolphin are not the characters of the story of Turbo we write about here.