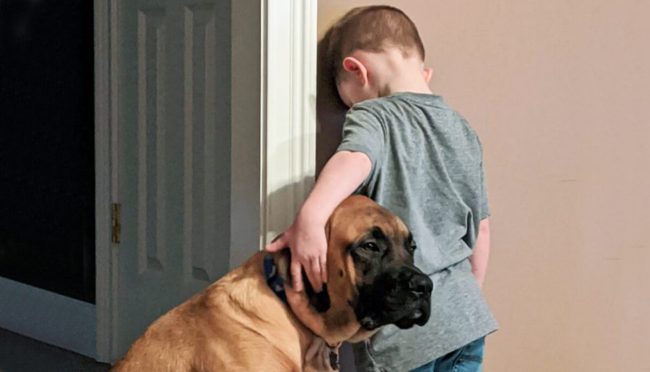 When we speak of true friendship, many of us think of their furry best friends. Dogs have deserved being known as our most loyal companions in life, as their unconditional love simply redefines the concept of friendship.

When one Ohio mother decided to discipline her son, she gave him two options: to stay in his room or to have a timeout.

This happened in January, when the 3-year-old son of Jillian Marie Smith, Peyton, hit his 2 years older sister, Ryleigh, during their fight. Peyton chose the timeout option, and their family dog, Dash, came over to join him. 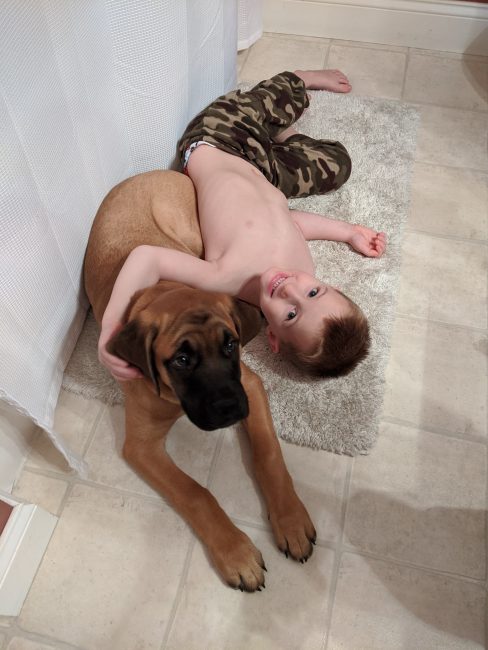 To show his gratitude and appreciation for the gesture, the boy put an arm over the dog, as if to say, “Thank you.”

Smith, who lives in Norwalk, said:

“Dash understood. He was like, ‘Peyton needs me’. It’s unreal how close they are.”

As the mother witnessed the heart-melting moment, she snapped a photo. 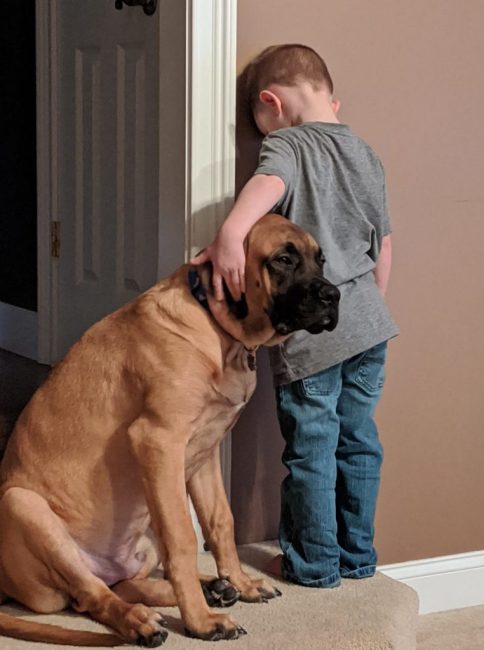 “I just happened to have my phone on me at the time he was in timeout and took the picture.”

She uploaded the photo on Facebook, with the caption: “When you’re in time out but your best pal won’t [sic] let you serve your time alone.”

She believes that their English mastiff dog sensed the trouble Peyton was into and wanted to join him in order not to be lonely:

“I couldn’t be mad long because it was just so cute how Peyton wrapped his arm around Dash. When Peyton had to go to time-out, I think Dash knew he needed his buddy.” 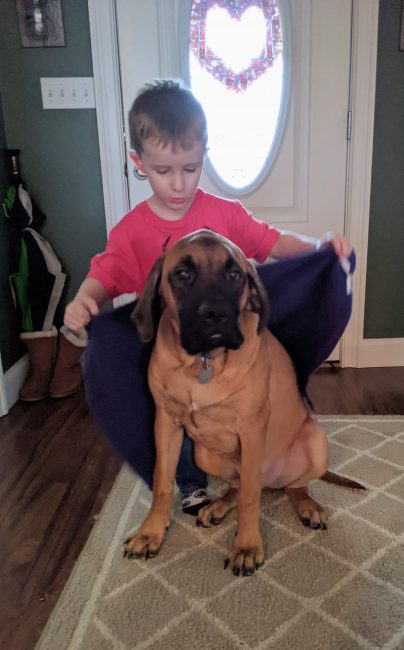 The photo went viral, with over 51K people resharing it and more than 3.5 K commenting on it.

Many wrote that their dogs have done the same thing as well, and Smith added that she adores the photo, as it is “ definitely something I will treasure forever.” 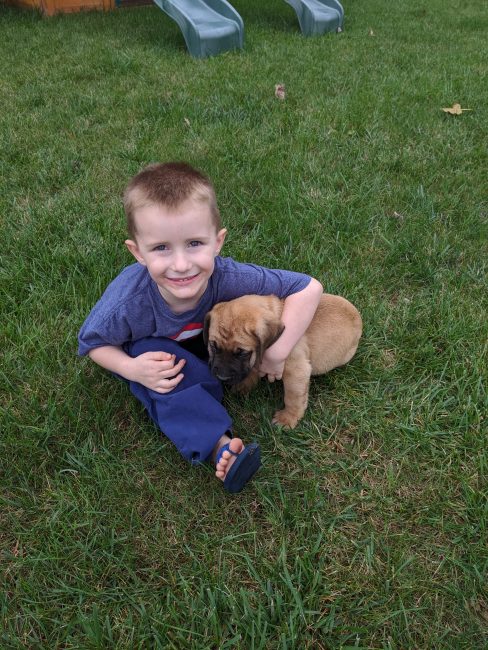 Dash has been with the boy since he was a 3-month-old baby, and the furry companion has been a loyal friend to the entire family for all these years. The mom explained that “If you ask Peyton, Dash is his buddy” and the duo is always together.

Whenever she cannot find Peyton, she searches for Dash instead.

When her son takes a bath, the cute Dash stands right next to the tub watching.

When the boy comes home from school, he greets him: 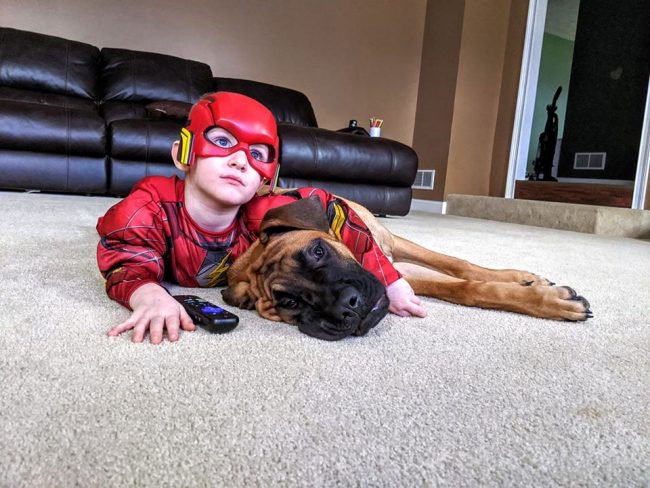 Smith explained that her son often plays dress up games with their 230-pound heavy “gentle giant”. The boy “dresses Dash up in superhero costumes and they act out fight scenes”, and the dog “ allows Peyton to do whatever.”

The Victoria Crowned Pigeon Is The Largest, Most Beautiful Pigeon In The World

‘The Most Terrifying Bird In The World’: Shoebill Stork Stands Up To 5ft Tall, Hunts Like A Boss