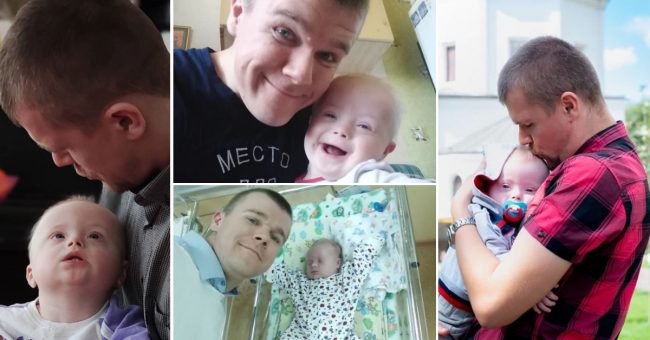 The mother wanted to give the son to foster care, so the father decided to raise the baby with Down Syndrome on his own.

The month of October is Down Syndrome Awareness Month. People with Down syndrome face many challenges and many prejudices during their lives. If these children grow up in a happy and healthy family, they have every chance to live a normal life.

Unfortunately, many babies born with this syndrome are abandoned by their parents, out of their fear of the unknown.

Yet, an increasing number of parents are embarking on a mission to raise awareness for it and to educate current and future parents of children with trisomy 21, their capabilities, and importance.

All of them agree that their children are special, kind, positive, and full of unconditional love. One such parent is Evgeny Anisimov, a 33-year-old Russian, who decided to fight for his son and keep him in his life. 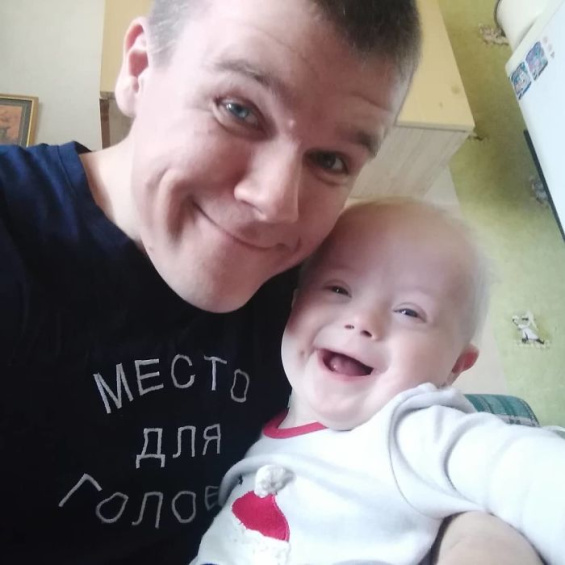 Although Evgeny too was shocked and upset, he never considered leaving little Misha, who was born with pneumonia. 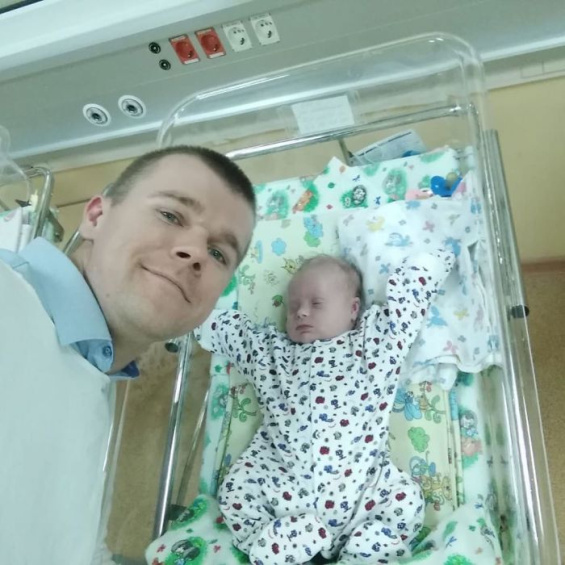 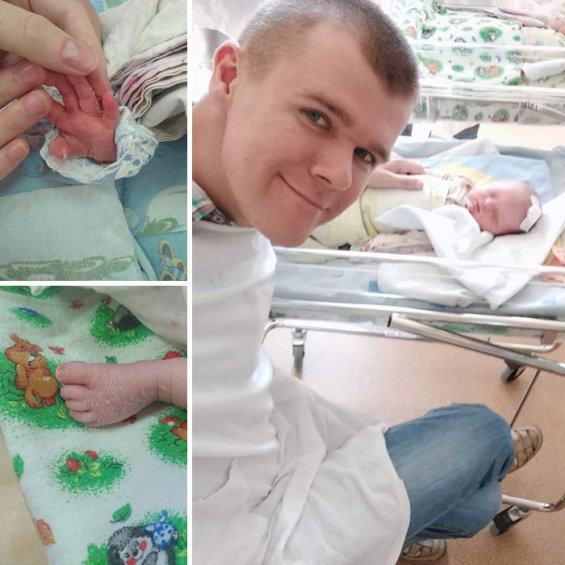 When asked about his reaction as soon as they received the diagnosis of their son, he explained:

“I didn’t know what to do when I learned of the hypothesis that my son had Down Syndrome. I thought my task now was to turn off emotions, ignite thoughts, support my wife because I believed it would be more difficult for her. The results of the analysis were promised in a few days, and until then, I decided not to say anything to her. “

“I remember that upon learning that my son has Down Syndrome, I left the hospital and cried, but not for long. Later, I was a little embarrassed by these tears. In my life, after all, nothing had changed, in general. I was still with two arms, with two legs, my professional knowledge had gone nowhere.

My determination, activity, curiosity, and so on—everything was with me. Everything happened as I planned, my son was born. But the child is special, his life and future destiny are already very significant. And I’m roaring here!

This is some kind of selfishness! Is it not fair? No, it is my responsibility. You did not have an amniocentesis—it is clear that the probability was low, but still. You wanted a child, so you took responsibility for it. After all, there are many options: autism, cerebral palsy, genetic mutations… And Down Syndrome is not the worst, as I learned later.” 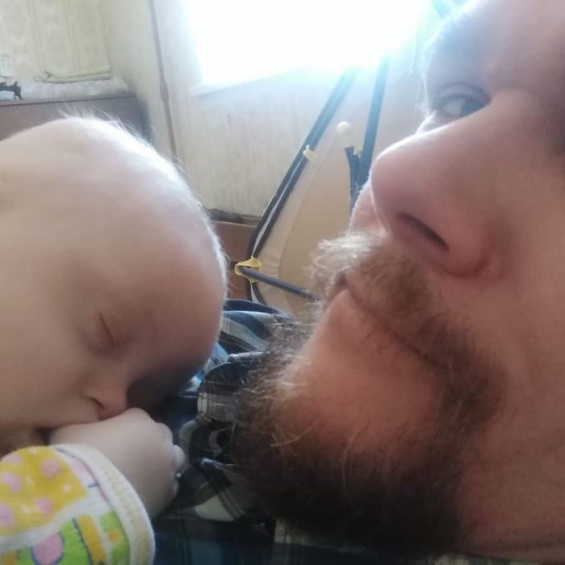 The night when he got home, he started investigating the matter further, as he had no previous knowledge of the diagnosis. He searched the Internet and learned that in Europe, people with Down syndrome are “ well socialized and can live and work independently. “

On the other hand, his wife was not ready to take care of a child with special needs. She insisted that the baby should be left in an orphanage. At this point, Evgeny was willing to part with her if necessary, but he was determined to raise his son alone.

He tried to convince her that they could overcome the situation together, but the conflict separated them.

“When I made the decision, I had not yet thought about the likelihood of an optimistic scenario. I thought: well, he’s going to enjoy the sunrise, I’m going to take him out to barbecue, he’s going to live his life. Yes, maybe he seems unhappy to someone, but he will have his own life. At no time did I think of leaving my son in an orphanage, that would be inhumane.”

He explained that he and his wife had a good and trusting relationship, and he now understands that she was then scared, but “the rubicon was already crossed and it was too late to retreat from the scenario.” 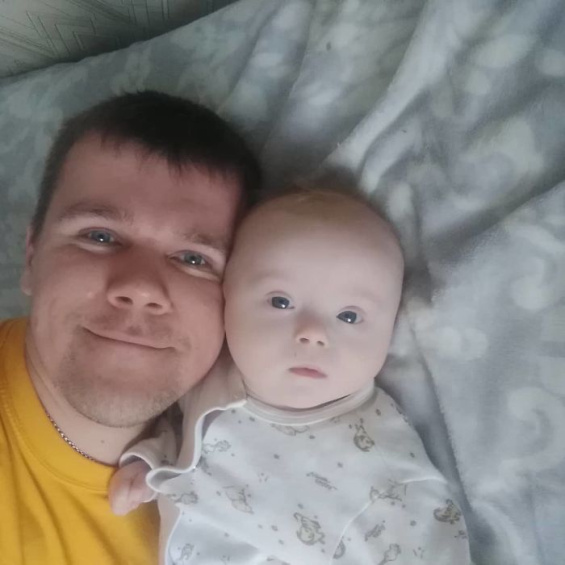 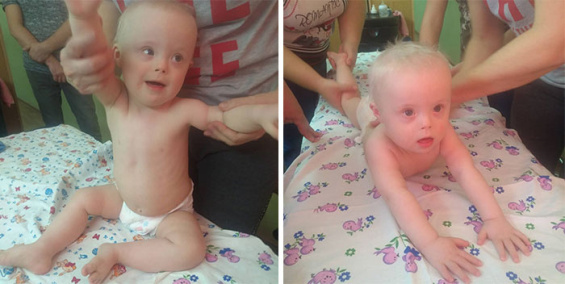 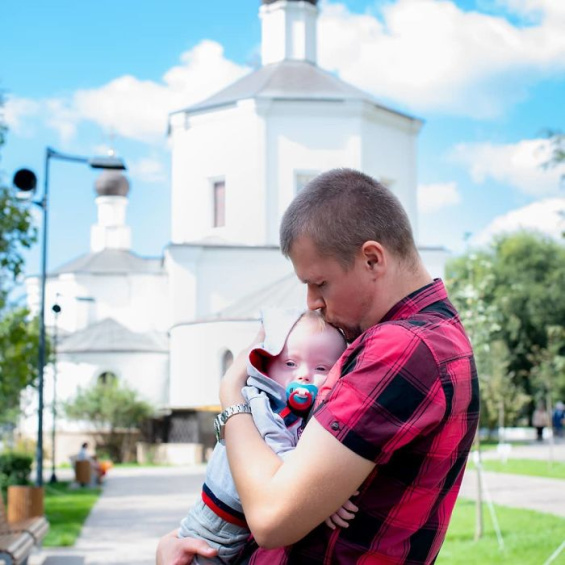 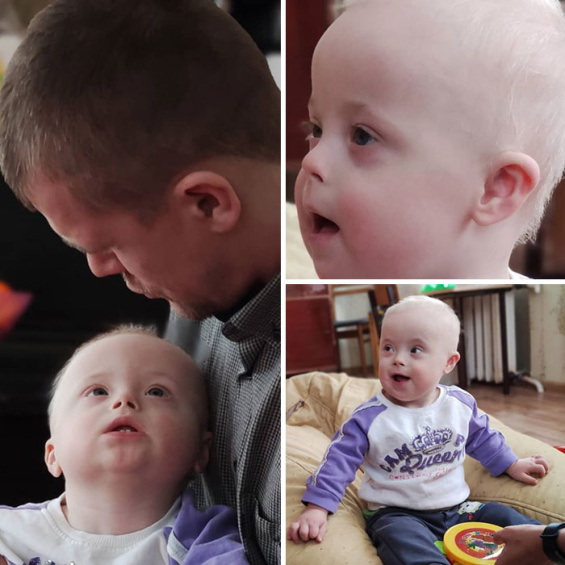 Evgeny is now the single father of little Misha, and he is constantly planning the days for Misha to have as many activities as possible, to stimulate his physical development. He strongly believes in his son’s intellectual potential and works hard with him. 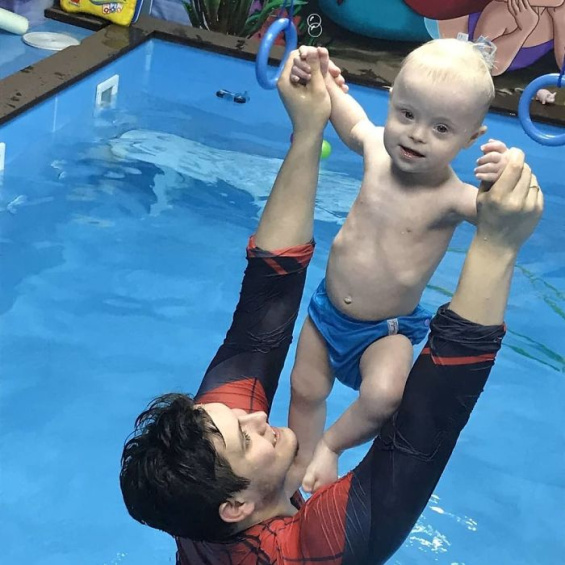 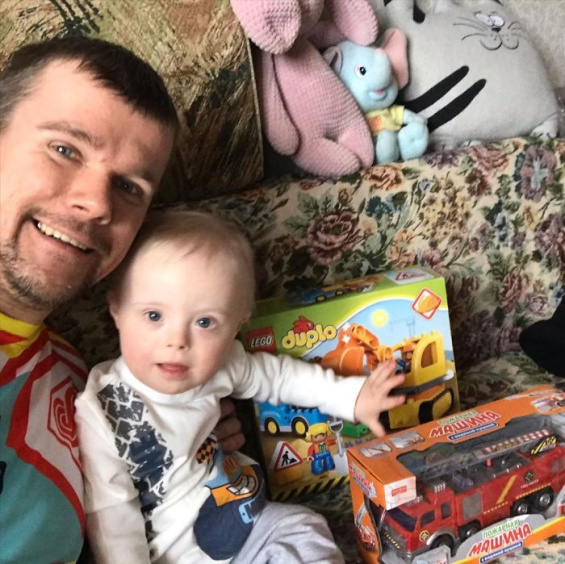 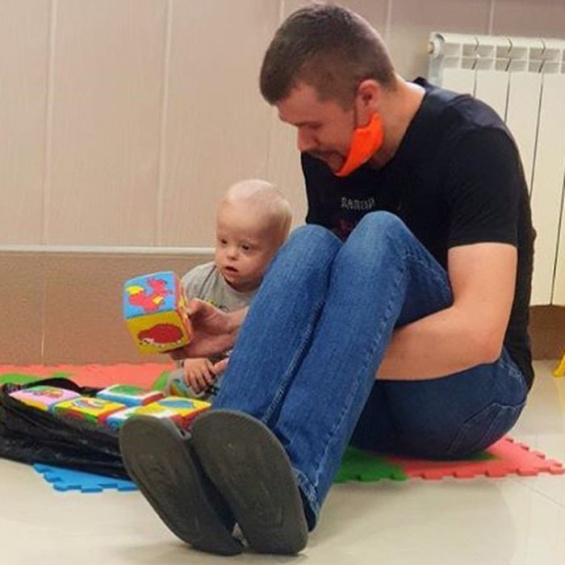 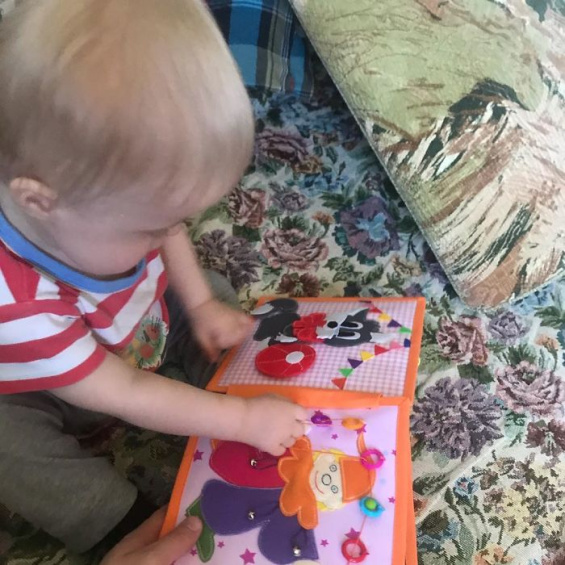 This father says that although he is portrayed as a hero in the media, he is just a normal person, who struggles to raise awareness for children with Down syndrome. He claims that being with his son, “even alone, is a normal act for a normal man.”

He offers his support and hopes he will inspire parents in a similar situation to not be afraid, as “everything will be fine.” 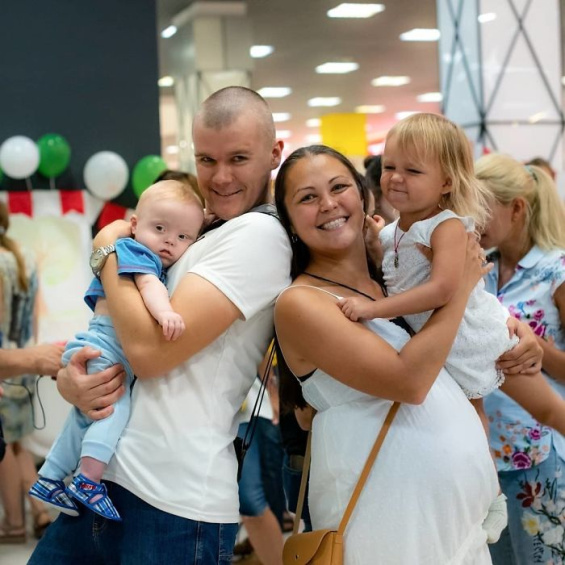 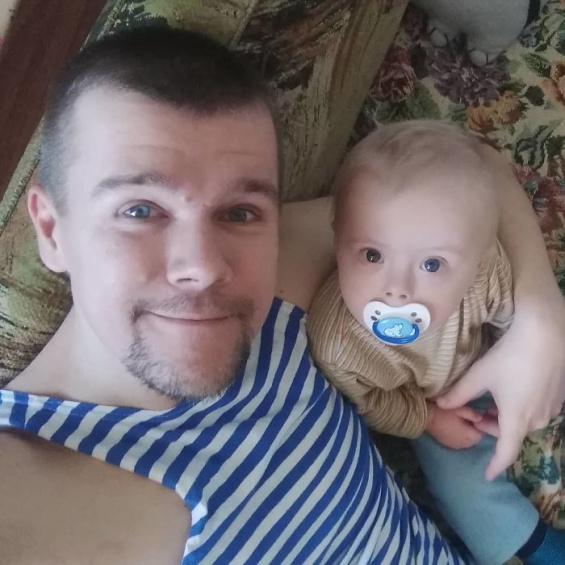 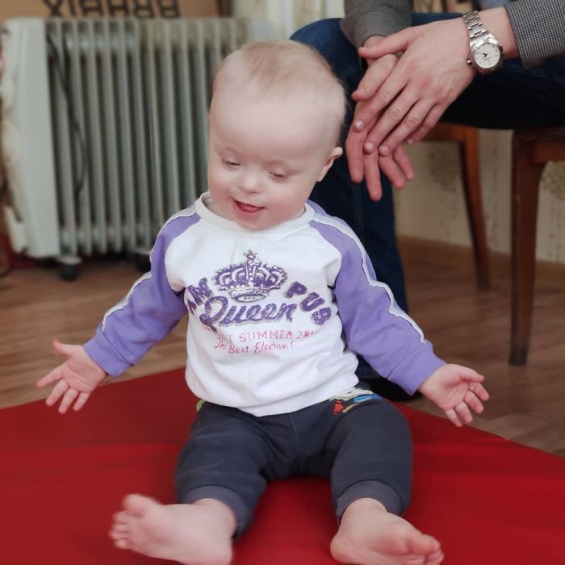 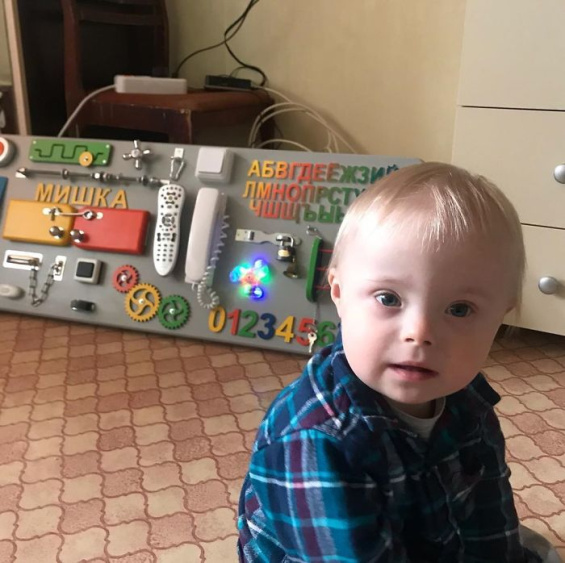 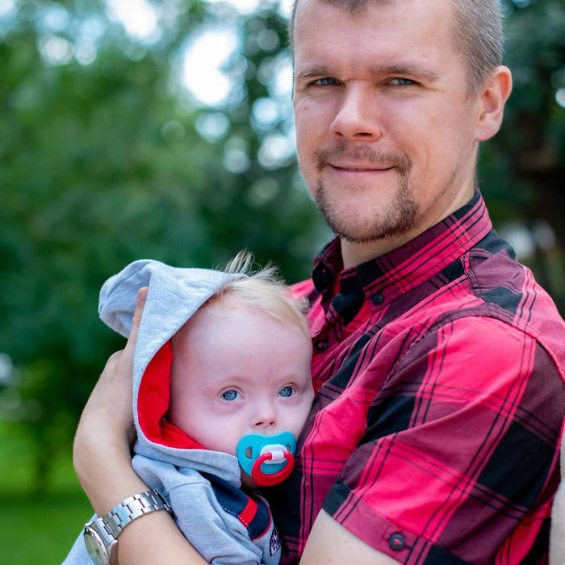 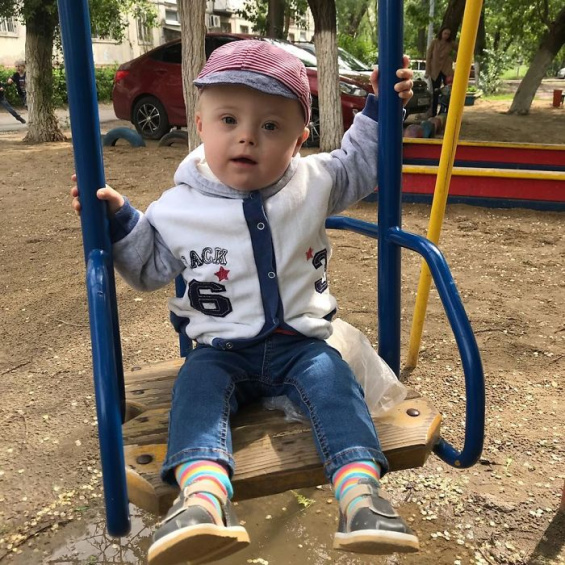 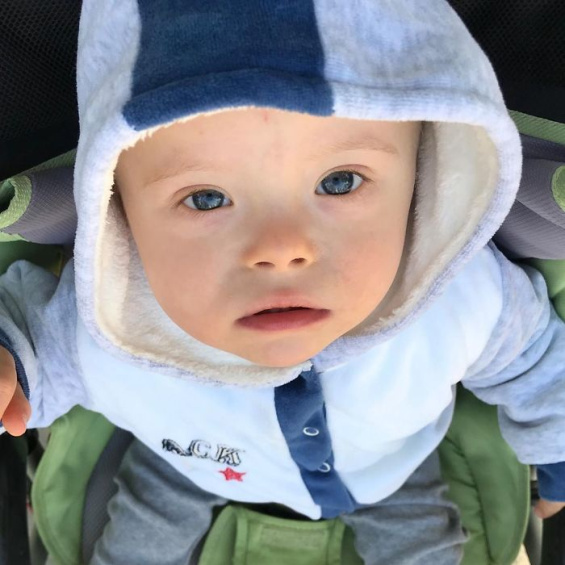