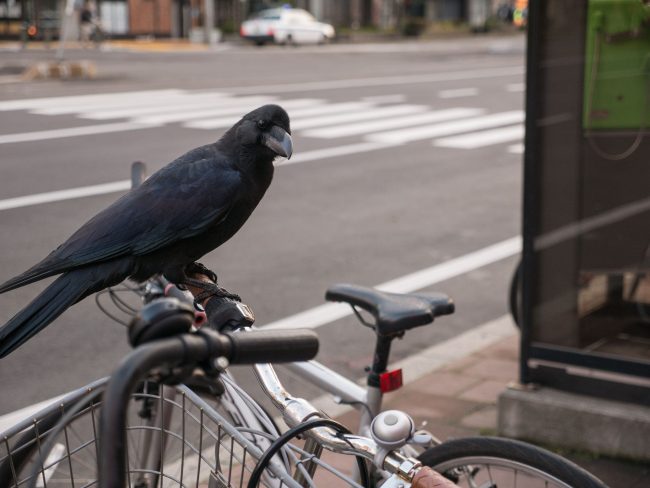 Crows are known for their adaptability and intelligence. Apart from their bad rap, these black birds are actually fascinating, brainy creatures, and together with other corvids, they’re some of the most intelligent animals in the world.

Yet, one thing that surprised many is that these birds do not let karma do their dirty work! In fact, it has been reported that crows can remember faces, so if you have a grudge with a crow, it will come to settle scores!

Crows not only hold grudges, they tell their friends and family about them. pic.twitter.com/MaN3aCuSBz

“Crows not only hold grudges, they tell their friends and family about them”.

One of my former roommates had a crow enemy, and she had no idea what she did. It likes to wait outside our house for her, though.

Back in 2011, John Marzluff from the University of Washington decided to study this claim. The study findings revealed that crows and humans share one thing in common, they can retain images of faces, and they can associate those faces with polarizing feelings.

Researchers found that crows memorize the faces of people who have wronged them and if they see the person later on, they may even bring in mobs of other crows to attack him.

Crows have something similar to the amygdala in humans and other mammals. This area of their brain is responsible for recognition, and it functions in a similar way as the one in the brains of mammals.

We’ve left a crow family alone in our yard for 20+ generations (and talk to them when they turn up). Each year the parents bring their fledglings to the yard, to be introduced to us. We never get swooped, they leave our vegetables alone, and they chase away pest bird species.

The follow-up study showed that when they spot a familiar face, their brains light up much like the human mind.

This was the first time such research was conducted on a bird, and Marzluff explained that this organ in the birds is analogous to the amygdala of mammals:

“The amygdala is the region of the vertebrate brain where negative associations are stored as memories. Previous work primarily concerned its function in mammals while our work shows that a similar system is at work in birds.”

The study, detailed in the Proceedings of the National Academy of Sciences, indicates that caretakers might be able to lower the stress of captive animals by treating them well and consistently.

They also teach their young which people to avoid, very intelligent creatures.

Dr. Marzluff added that these findings could be used to make better-behaved crows:

“By feeding and caring for birds in captivity their brain activity suggests that the birds view their keepers as valued social partners, rather than animals that must be feared.”

“If you can learn who to avoid and who to seek out, that’s a lot easier than continually getting hurt. I think it allows these animals to survive with us and take advantage of us in a much safer, more effective way.”

Therefore, we strongly advise you to think twice before picking up a fight with a crow again!

Woman Captures The Adorable Sounds Of A Baby Squirrel Snacking