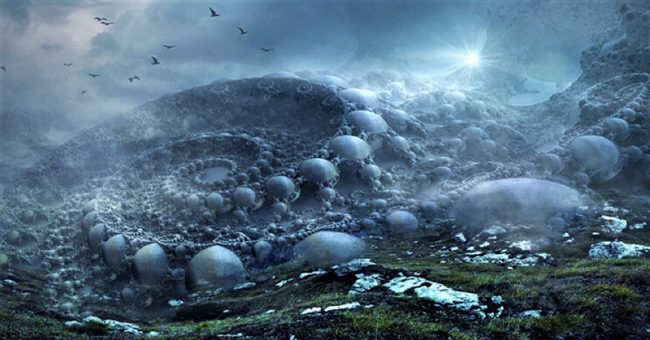 David Kipping, Astronomer at Columbia University says the odds are” from a little bit better than 50-50 that we are real to almost certainly we are not real”

People have been questioning the explanations of our life, the universe, and the creator of our existence since forever.

While many live their lives by taking contemporary theories and traditions for granted, others suspect the things we are being told, and believe the truth is far from what we actually know.

The mystery of our existence puzzles numerous scientists, philosophers, researchers, physicists, and technologists since the beginning of times. Do you believe there is a possibility that we actually live in a simulation?

Back in 2003, Nick Bostrom of the University of Oxford, curated a seminal paper, aptly named ‘Are We Living in a Computer Simulation?’, which explains his own theories and ideas.

He reveals his Trilemma, as follows:

He shares his theory that simulated life cannot be done if society is already on the brink of extinction or is already extinct. There is no possibility of further technological development.

Moreover, usually, advanced civilizations are not interested in creating reality simulations. Last, but not least, he is almost certain that humans have been living in a simulation this entire time.

Think about it… Are we just players in some kind of video game?

“The odds that we are in base reality is one in billions.”

“Musk is right if you assume [propositions] one and two of the trilemma are false. How can you assume that?”

Kipping turned the trilemma into a dilemma by collapsing the last two points into one. He explains that the first two propositions of Bostrom would yield the same outcome- that mankind is not living in a simulation.

“You just assign a prior probability to each of these models. We just assume the principle of indifference, which is the default assumption when you don’t have any data or leanings either way. Then you are only left with the simulation hypothesis. The day we invent that technology, it flips the odds from a little bit better than 50-50 that we are real to almost certainly we are not real, according to these calculations.”

Therefore, he concludes that it’s about a 50 percent chance that either hypothesis is true.

He opposed Musk’s statement, and Bostrom agrees with his analysis, adding that it “does not conflict with the simulation argument, which only asserts something about the disjunction.”

He also maintains that it is problematic that Kipping chooses to attach equal prior probabilities to the physical and simulation hypothesis:

“The invocation of the principle of indifference here is rather shaky. One could equally well invoke it over my original three alternatives, which would then give them one-third chance each. Or one could carve up the possibility of space in some other manner and get any result one wishes.”

Yet, if some kind of super computer that controls mankind did exist, it would be capable of fabricating anything into our reality, so we would never know we are actually living in a simulation.

“It’s arguably not testable as to whether we live in a simulation or not. If it’s not falsifiable, then how can you claim it’s really science?”