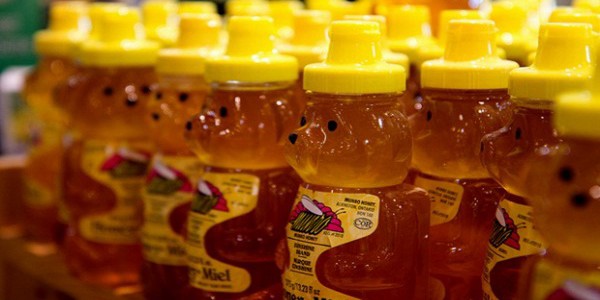 The devastating reality is that one third of all the honey consumed in the U.S. is probably smuggled in from China, which means that there is a possibility that it is tainted with illegal antibiotics and heavy metals.

Documents which resulted from the investigation of Food Safety News prove that we here consume millions of pounds of imported, unsafe honey, which is otherwise banned in numerous countries.

Even after the widespread arrests and convictions of major smugglers over the last two years, this flow of Chinese honey continues unstopped, despite assurances from the Food and Drug Administration and other federal officials that the hundreds of millions of pounds reaching store shelves were authentic and safe.

Food Safety News also interviewed numerous experts, which claim that some of the largest and most long-established U.S. honey packers are buying mislabeled, transshipped or possibly altered honey knowingly. Thus they have the chance to sell it cheaper than those companies who rigorously inspect honey and opt for quality and safety.

Richard Adee, the Washington Legislative Chairman of the American Honey Producers Association, points out that “It’s no secret that the honey smuggling is being driven by money, the desire to save a couple of pennies a pound.

These big packers are still using imported honey of uncertain safety that they know is illegal because they know their chances of getting caught are slim.”

All shipments of honey from India were barred by food safety investigators from the European Union due to the presence of lead and illegal animal antibiotics.

Moreover, investigations discovered that an even larger amount of honey apparently had been concocted without the help of bees, made from artificial sweeteners and then extensively filtered to remove any proof of contaminants or adulteration or indications of precisely where the honey actually originated.

The e rampant honey laundering and the record amount of the Chinese honey purchased by major U.S. packers was proved by an examination of international and government shipping tallies, customs documents and interviews with some of North America’s top honey importers and brokers.

Suebee Co-Op, the nation’s oldest and largest honey packer and seller, was contacted by Food Safety News in order to respond to these allegations and to learn where it gets its honey. However, they remained silent, and did not answer to any call or emails that they repeatedly got. Other major honey seller also did not return to calls and emails.

Indian Honey Will Not Be Consumed in EU

The countries of the European Union and more others officially banned this questionable honey at the beginning of June 2010. On the other hand, and on the other side of the ocean, we live in a place where the FDA checks few of the thousands of shipments arriving through 22 American ports each year.

Namely, FDA data shows that, between January and June, just 24 honey shipments were stopped from entering the country. The number of loads and the inspection team are not exposed by the agency.

Furthermore, during that same period, the U.S. Department of Agriculture reported that almost 43 million pounds of honey entered the U.S. Of that, the Department of Commerce said 37.7 million pounds came from India. Yes, we speak about the same honey that is banned in the EU due to lack of proper paperwork that it is not Chinese and proofs that it contained animal medicine and lead.

Elise Gagnon, president of Odem International, which is a worldwide trading house that specializes in bulk raw honey says that“There are still millions of pounds of transshipped Chinese honey coming in the U.S. and it’s all coming now from India and Vietnam and everybody in the industry knows that.”

FDA claims that it has regulations that prohibited foods which are banned in other countries from entering the U.S., but last month, its poor excuse was as follows:It “would not know about honey that has been banned from other countries …”

Adee said the European ban against Indian honey is far from a secret, so the response of the FDA’s is “absurd.”

He is the country’s largest honey producer, possessing 80,000 bee colonies in five states,and asks “Why are we the dumping ground of the world for something that’s banned in all these other countries?”-We’re supposed to have the world’s safest food supply but we’re letting in boatloads of this adulterated honey that all these other countries know is contaminated and FDA does nothing.”

Using the existing resources, the food safety agency claims that it invests the strongest efforts possible, and and will do more when the newly passed Food Safety Modernization Act is up and running.

What are the origins of the honey we consume?

The USDA says U.S. beekeepers can only supply about a 48 percent of what’s needed here.  The remaining 52 percent comes from 41 other countries, and the U.S. consumes about 400 million pounds of honey a year – about 1.3 pounds a person. 35 percent of it is consumed in homes, restaurants and institutions, and the other 65 percent is used in industry for sauces, beverages,cereals, baked goods, and hundreds of different processed foods.

– Almost 60 percent of the imported honey, that is, 123 million pounds, came from Asian countries, the traditional laundering points for Chinese honey, with 45 million pounds coming from India alone.

– only about 48 million pounds came from trusted and usually reliable suppliers in Brazil, Argentina, Canada, Mexico and Uruguay.

Adee, who is also a past president of the American Honey Producers Association says that “this should be a red flag to FDA and the federal investigators. India doesn’t have anywhere near the capacity – enough bees – to produce 45 million pounds of honey. It has to come from China.”

In 2001, the U.S. Commerce Department imposed a stiff tariff of $1.20 a pound on Chinese honey to dissuade that country from dumping its dirt-cheap product on the American market and forcing hundreds of U.S. beekeepers out of the business. Then, various illegal methods were used by Chinese honeymakers to hide the origin of their honey.

In the same period, Chinese beekeepers saw a bacterial epidemic of foulbrood disease race through their hives at wildfire speed, killing tens of millions of bees. This disease was fought against using several Indian-made animal antibiotics, including chloramphenicol.

Chloramphenicol as proved to have numerous harmful effects by medical researchers, and children given chloramphenicol as an antibiotic were found to be susceptible to DNA damage and carcinogenicity. Not long after this, its presence in food was banned by the FDA.

Ronald Phipps, head of the major honey brokerage firm CPNA International.andco-chairman of the International Committee for Promotion of Honey and Health comments on this situation by stating that“we need imported honey in this country.

But, what we don’t need is circumvented honey, honey that is mislabeled as to country of origin, honey that is contaminated with antibiotics or heavy metal.” This is more than just a wise conclusion.

Chinese Face Map Reveals What Your Body Fights With!

This Plant Can Harm A Child In One Minute