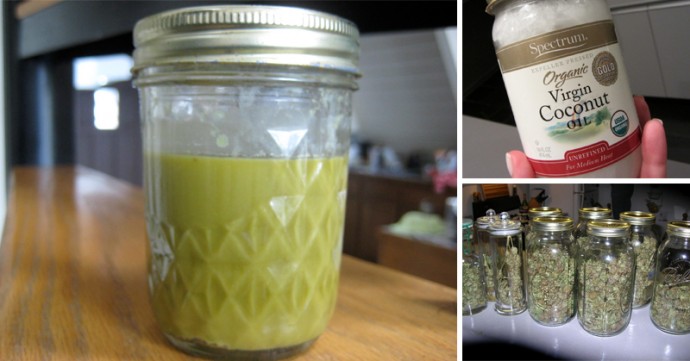 Marijua*a or also known as the female cannabis plant has been used for medical purposes for centuries back.

Its cultivation has been recorder in numerous locations throughout the world, especially in Central Asia, where 2 pounds of cannabis in a 2,700 year-old grave of a shaman were discovered.

Cannabis was prohibited for use, and the first records for this were brought by Congress with the Marijua*a Tax Act of 1937. Due to its content, marijua*a was classified as a Schedule I substance under the Controlled Substances Act of 1970.

This indicated that cannabis was a drug equal as hero*n, and it was stated that it contains “a high potential for abuse … no currently accepted medical use … [and] a lack of accepted safety for the use of the drug … under medical supervision.”

Unlike cannabis, other opiates such as cocaine and methamphetamine, which are disallowed for free use also, can be taken under a doctor’s supervision. These are also classified as Schedule II drugs.

Drugs falling under Schedule III and IV drugs are anabolic steroi*s and Valium. Schedule V drugs are actually analgesics, the most used meds in the world.

In Support of Therapeutic Use

The reason marijua*a is prohibited for any use, is because the authorities fear illegal trafficking worldwide. The prohibition of cannabis has been active for 75 years, and experts are beginning to research the medical values of this plant in detail.

A total of 20,000 reviews and studies have been carried out on the subject of cannabis with only 1/3 of them being published in the last 4 years.

Recently, people are becoming more aware of the medical and beneficial properties of marijua*a for numerous diseases. At this time, cannabis is legally allowed for use as a medicine in 20 states and the District of Columbia.

While the debate continues to boil at both state and federal levels, there has been a strong and growing trend of acceptance related to the growing body of scientific evidence indicating that marijua*a may indeed contain some powerful medicinal properties that we would be foolish to overlook.

Former US Surgeon General and doctor Joycelyn Elders, wrote the following in a Mar. 26, 2004 article titled “Myths About Medical Marijua*a,” published in the Providence Journal:

“The evidence is overwhelming that marijua*a can relieve certain types of pain, nausea, vomiting and other symptoms caused by such illnesses as multiple sclerosis, cancer and AIDS — or by the harsh drugs sometimes used to treat them. And it can do so with remarkable safety. Indeed, marijua*a is less toxic than many of the drugs that physicians prescribe every day.”

National Director of the American Alliance for Medical Cannabis (AAMC), Ray Cavanaugh, PhD,  wrote the following in a 2002 article titled “The Plight of the Chronically Ill,” posted on the AAMC website:

“Many of the chronically ill have successfully sought relief with the use of medical cannabis, an age-old remedy that now shows real scientific efficacy. Hundreds of thousands of the sick have replaced disabling narcotics and other psychotropic medications with nontoxic and benign cannabis.

The anecdotal evidence is overwhelming. Folks with spinal injuries able to give up their walkers, AIDS patients able to gain weight and keep their medications down, cancer patients finding relief from the terrible nausea of chemotherapy, chronic pain patients once again functional with their consciousness restored from narcotic lethargy, and folks once disabled from crippling psychiatric disorders and addictions, returned to sanity and society with the assistance of a nontoxic herb with remarkable healing powers.”

“The American Nurses Association (ANA) recognizes that patients should have safe access to therapeutic marijua”a/cannabis. Cannabis or marijua*a has been used medicinally for centuries. It has been shown to be effective in treating a wide range of symptoms and conditions.”

The University Of California Center for Medicinal Cannabis Research has discovered information through a number of trials about the beneficial qualities of cannabis 2010, especially while inhaling it.

As it is stated in these trials, marijua*a is emphasized as a potential “first line treatment” for patients suffering from neuropathy and cancer-related diseases.

Pains that fall into the neuropathy category are related to diabetes, cancer, spinal cord injuries, HIV/AIDS and other severe conditions. For all these, marijua*a has proven itself successful in reducing the symptoms and bringing relief to the patients.

The effects of cannabis are still studies throughout the world. There have been over 37 trials in in Germany, with over 2,500 subjects. The trials analyzed the safety and benefits of marijua*a. As a comparison, before other FDA- approved drugs are released on the market, they are subjected to far less trials, involving far less subjects in the process.

Marijua*a has been inspected in every way possible- from its healing abilities in conditions like nausea, chemotherapy, all the way to being approved as drug able to eradicate diseases.

One of the best marijua*a benefits is the suppressing of Alzheimer’s disease symptoms. Furthermore it has been proven successful in the treatment of other diseases, such as multiple sclerosis, inflammatory bowel disease and rheumatoid arthritis.

Mixing cannabis with coconut oil is one of the ways to medically use the plant without having to inhale it. The infusion of cannabis into coconut oil enables direct contact with the liver, which means alleviated procession of the cannabis.

The reason these two work so well together is because, coconut oil provides plenty of essential fatty acids, that bind cannabinoids effectively. Furthermore, coconut oil is healthy as it is, and due to its high content in lauric acid, it brings extraordinary health properties.

When inside the organism, lauric acid is transformed into monolaurin, an antiviral, antibacterial and antiprotozoal compound. Since monolaurin is basically a monoglyceride, it can easily treat ipid-coated viruses like measles, influenza, HIV, herpes and many pathogenic bacteria.

As far as testimonies about the benefits of cannabis go, Stan and Barb Rutner are the one to speak first. The couple has been fighting cancer for years, and now, they share their story.

On one hand, Barb was diagnosed with two bouts of breast cancer, whereas Stan suffered from non-Hodgkin lymphoma, first diagnosed 20 years ago.

He was subjected to regular treatment and his disease withdrew. Yet, in 2011 the lymphoma was bag, more aggressive than ever. His cancer had spread to his lungs and shortly after, to his brain.

During their radiation and chemotherapy treatment, the family was in search for finding natural cures that might help them. This is where they discovered cannabis.

After learning that cannabis was effective in the treatment of cancer, they decided to give it a shot. This is what actually saved both their lives.

The Rutners daughter, Corinne and her husband have discovered, after through research, that a coconut oil infused cannabis is an excellent option for dealing with the disease.

It took Stan two weeks to get rid of the oxygen tank he was attached to. He regained weight and restored his overall health. A couple of months later, Stand was cancer-free and on the move.

The Rutners are spreading the story of how healthy cannabis is, in the treatment against cancer.

As John, the Rutners’ son-in-law states:

“There is no doubt in my mind that cannabis pulled my father-in-law out of the wasting stages of cancer and enabled him to gain strength and in turn fight this horrible cell malfunction with success. While many would say that the chemo and radiation could have played apart, he would never have lived long enough to find out without cannabis oil.”

7 Stretches In 7 Minutes To Eliminate Back Pain