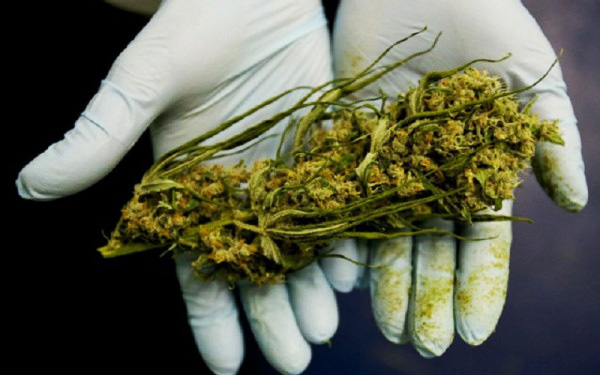 By federal law, possessing cannabis (mariju*na) is illegal in the United States unless it is used in approved research settings. Yet, a growing number of states, territories, and the District of Columbia have passed laws to legalize medical mariju*na.

Cannabis contains cannabinoids, also called phytocannabinoids, which cause drug-like effects in the body, including the central nervous system and the immune system.

The website of The National Cancer Institute, which is part of the US Department of Health, indicates that ‘cannabinoids may be useful in treating the side effects of cancer and cancer treatment’.

The website also adds that no ongoing studies of cannabis as a treatment for cancer in people have been found in the CAM on PubMed database maintained by the National Institutes of Health. Yet, small studies have been done, but their results have not been reported or suggest a need for larger studies.

Cannabis and cannabinoids have been studied as ways to manage side effects of cancer and cancer therapies, including pain, nausea, appetite loss, as well as pain, and anxiety.

The National Cancer Institute suggests that laboratory and animal studies have shown that cannabinoids may be able to kill cancer cells while protecting normal cells. They may inhibit tumor growth by causing cell death, inhibiting cell growth, and blocking the development of blood vessels needed by tumors to grow.

Note that both explicitly declare that ongoing studies on the matter are mostly laboratory and animal studies, and the only published clinical trial on humans found “no significant clinical benefit.”

Researchers added that, at the time, there is a lack of evidence that recommends patients to inhale or ingest cannabis as a treatment for cancer-related symptoms or side effects of cancer therapy.

In US states where it is legal for medicinal application, cannabis has been commonly used by cancer patients as a way to alleviate pain.

However, The Cancer Research Charity cautiously explains that there isn’t enough reliable evidence to prove that cannabinoids, whether natural or synthetic, can effectively treat cancer in patients, although research is ongoing around the world. Therefore, even though cannabis and its derivatives may help to alleviate disease- and therapy-related symptoms, there is still no clinical evidence of its anti-cancer efficacy.

As medical mariju*na can help with certain conditions, researchers investigate its possible positive effects on various diseases, including cancer. For instance, it has been recognized as one way of dealing with nausea caused by chemotherapy.

Also, one 2014 study on using cannabinoids and radiotherapy to tackle aggressive brain cancer has shown promising results, but we are still at the “inconclusive evidence” stage.

The FDA says that the claims that certain CBD-based products can kill off cancer cells or combat tumors in any way are simply unfounded, and companies should stop advertising them as anything close to being cures for cancer.

Yet, it also points out that we still don’t know enough about cannabis, but the recent moves to legalize it urge scientists to gather detailed evidence about its effects on our body.

The agency also published a consumer update on its website to address some of the numerous claims surrounding this prevalent cannabinoid and attempts to dispel the notion that it is some kind of risk-free miracle drug.

On the website, the FDA claims that it recognizes the significant public interest in cannabis and cannabis-derived compounds, particularly CBD, but there are many unanswered questions about the science, safety, and quality of products containing it. Therefore, they now work on answering them.

It adds that CBD products are still subject to the same laws and requirements as FDA-regulated products that contain any other substance. Moreover, the FDA explains that it has not approved the use of any other CBD product that the one prescription drug product used to treat rare, severe forms of epilepsy.

The article was previously published with a title: “U.S. Government Finally Admits Cannabis Really Does Kill Cancer Cells”, indicating that the National Cancer Institute (NCI) “admits that mariju*na kills cancer”. However, this was later found to be untrue, as the NCI fact sheet clearly states that the use of mariju*na in cancer patients is limited to “treatment of cancer-related side effects”, and that cannabis has not been approved for use in anti-cancer treatment.

What is true is that it argues that mariju*na is used to alleviate various symptoms in cancer and other illnesses, and this has been supported by the NCI PDQ Summary on cannabis and cannabinoids.

The article also overstated the importance of the finding of “a men’s health study” that showed that cannabis use was correlated with a lower risk of bladder cancer. In reality, the study itself emphasizes the fact that it did not establish a cause-and-effect relationship.

Note that the studies featured in the NCI articles declare that ongoing studies on the matter are mostly laboratory and animal studies, and the only published clinical trial on humans found “no significant clinical benefit.”

While an increasing body of evidence shows that cannabinoids work against cancer cells from many angles, we still lack the demonstration that the in- vitro effects translate into any benefit for people living with cancer.

7 Signs Your Body is Full of Toxins & Needs a Detox Fast!