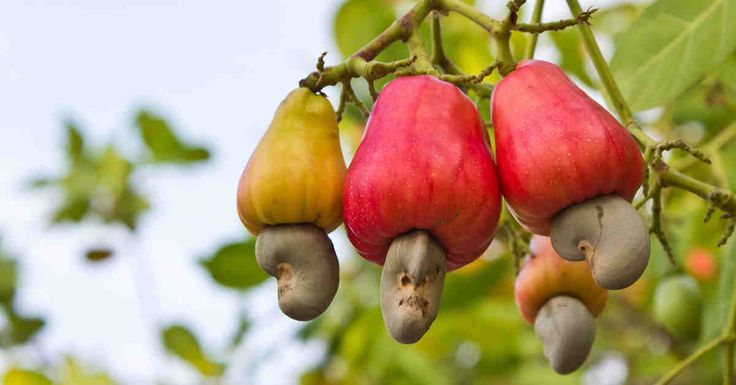 Cashew nuts are seeds in a kidney shape, which are located in the cashew apple that grows in the coastal regions of northeast Brazil. The main commercial producers of cashews include Nigeria, Brazil, India, Tanzania, and Mozambique.

The cashew nuts contain anacardic chemicals which kill the positive bacteria which lead to acne, tooth decay, pneumonia and tuberculosis.

You cannot find cashews in the shell on the market, as they are sold pre-shelled due to one reason: these shells contain a caustic resin inside, called cashew balm, which should be carefully eliminated before consumption. It is industrially used in the production of insecticides and varnishes.

Moreover, the collection of 20 years of dietary documents from the Nurses’ Health Study on 80,000 women indicates that the consumption of minimum 1 ounce of cashew nuts every week reduces the risk of developing gallstones by 25 percent. This amount is equal to 2 tablespoons of nut butter.

The anacardic acids in cashews destroy gram-positive bacteria that lead to tooth decay, acne, Francisella tularensis, tuberculosis, leprosy, and Streptococcus pneumoniae. 1 part of this acid dissolved to 200,000 parts water to as low as 1 part in 2,000,000 is lethal to Gram-positive bacteria in only 15 minutes.

Cashew nut shell liquid and the anacardic acids have potent antioxidant, antitumor and anti-Helicobacter pylori properties. Therefore, the cashew nuts effectively fight cancer and ulcers in the gut. Research has shown that the consumption of these nuts reduces the risk of pancreatic cancer.

The high triglyceride levels of diabetics are successfully reduced due to the consumption of monounsaturated fat. Triglycerides are a kind of fat that are transported in the blood, and if in high levels, lead to raised risks of heart diseases.

These nuts also have potent cardioprotective properties. Additionally, the journal Obesity published a study which found that the consumption of minimum 2 a week lowers the risk of weight gain.

Do Not Throw Your Soda Bottles: Make A Vertical Garden With Them

The Noodles that Cause Chronic Inflammation, Weight Gain, Alzheimer’s and Parkinson’s Disease!