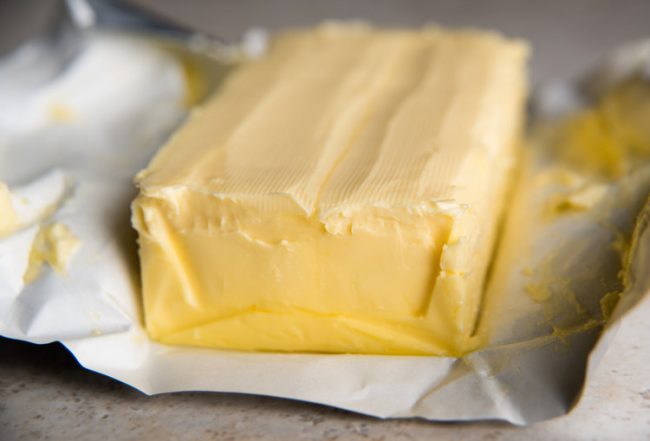 According to the Weston A. Price Foundation, grass-fed butterfat is an irreplaceable part of a healthy diet, as it lowers the risk of cancer, heart and bone disease.

They claim that by avoiding it, people actually miss out on essential nutrients that can be found in grass-fed butterfat only.

WAP cofounder Sally Fallon, in an article titled “Why Butter is Better“, says that within the last century, “Diet Dictocrats” have decided that saturated fats, butter chief among them, are responsible for heart disease and cancer, but butter has actually been worshiped for its life-sustaining, health-promoting properties for millennia.

She writes that when Dr. Weston Price studied native diets in the 1930’s, he discovered that butter was a staple in the diets of many supremely healthy peoples.

Isolated Swiss villagers placed a bowl of butter on their church altars, set a wick in it, and left it to burn throughout the year as a sign of its divinity. Also, Arab groups valued butter as well, especially deep yellow-orange butter from livestock feeding on green grass in the spring and fall.

American folk wisdom recognized that children raised on butter were robust and sturdy, unlike children who were given skim milk during their growing years, and became pale and thin, with ‘pinched’ faces.

Fallon also adds that heart disease was not common in America at the turn of the 20th century, but between 1920 and 1960, it became the number one killer in the country. During the same time, the consumption of butter dropped from 18 pounds per person per year to four. She comments that it does not take a Ph.D. in statistics to conclude that butter is not a cause.

Meanwhile, in 2015, the consumption of butter in America reached a 40-year-high of 5 pounds per person annually, while New Zealanders consumed 24 pounds!

As a result, only 1 in 20 adults in New Zealand has heart disease, compared to 1 in 4 Americans. This clearly shows that New Zealanders consume 5 times as much butter as Americans, and have a fifth of the heart disease.

A 1991 survey conducted by the Medical Research Council found that men who consumed butter had half the risk of heart disease as those who ate margarine. A 2016 Harvard meta-analysis of studies found no link between butter and heart disease.

On the other hand, butter actually lowers the risk of heart disease. Vitamin A is vital for the healthy function of the thyroid and adrenal glands, both of which play a role in maintaining the health of the heart and cardiovascular system.

Fallon says that butter is the best and most easily absorbed source of vitamin A in the United States.

Also, it is rich in selenium and lecithin, which helps the proper assimilation and metabolism of cholesterol and other fat constituents, and its antioxidants prevent free radical damage that weakens the arteries.

Butter is a great dietary source of cholesterol, which is a potent powerful antioxidant that floods into the blood when we consume harmful free-radicals in excess, like the damaged, rancid fats in margarine and highly processed vegetable oils.

On the other hand, she explains that researchers blamed saturated fats for cancer, but did not mention that they used partially hydrogenated saturated fat in their experiments, the kind found in margarine.

Butter was actually tarred with the black brush of the fabricated fats, which made villains look like heroes.

On the contrary, the naturally saturated fats in butter have potent anti-cancer properties, and its short and medium fatty acid chains that have strong anti-tumor effects, just like the conjugated linoleic acid it contains.

Furthermore, the high amounts of vitamin D and A in butter improve the absorption of calcium and contribute to stronger teeth and bones.

It also contains the Wulzen or “anti-stiffness” factor, found by the Dutch researcher Wulzen. It prevents calcification of the joints–degenerative arthritis–as well as hardening of the arteries.

She also adds that it is a misconception that butter leads to weight gain. Its short and medium chain fatty acids are not stored in the adipose tissue but are used for quick energy. Fat tissue in humans is composed mainly of longer chain fatty acids, which come from olive oil, polyunsaturated oils and refined carbohydrates. Since butter is rich in nutrients, it leads to satiety and prevents cravings.

Additionally, William Cole, D.C., IFMCP claims that the brain, being the fattiest organ in your body, is composed of 60 percent fat, and 25 percent of the body’s cholesterol is found in the brain.

We need cholesterol to produce healthy hormones and have a healthy immune system and nerves. This explains the side effects of cholesterol-lowering statins such as memory loss, nerve pain, hormonal problems, low sex drive, and erectile dysfunction.

Therefore, the consumption of cholesterol and healthy fat is important for the health and function of the brain and hormones. The same goes for two fats found in butter, arachidonic and docosahexaenoic acids, as these two saturated fats play an über-important role in brain and hormone health.

Fallon concludes that ethnic groups that do not consume butter obtain the same nutrients from things like insects, organ meats, fish eggs and the fat of marine animals, food items most modern people find repulsive, but in America, it is essential.

Cinnamon And Honey: The Possible Treatment For Many Diseases?

Scientists Say That Starting Work Before 10am Is Similar To Torture