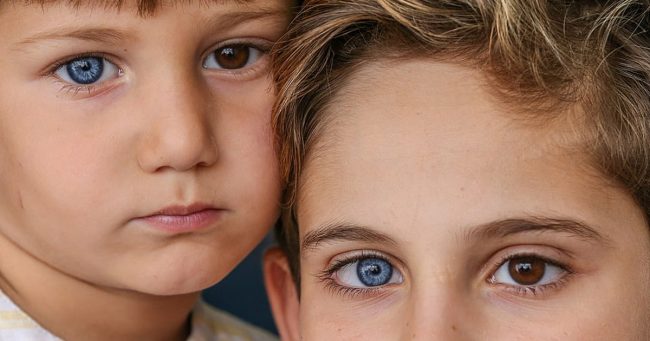 A photograph showed the beauty of two Turkish brothers, born with two different colored-eyes to the rest of the world.

Both brothers, Karem and Mehmet Selman, from Bursa, Turkey, aged 4 and 11 respectively, have a blue eye on the right and a brown on the left due to a rare condition known as Heterochromia.

This condition is more common in animals and is a result of a genetic color disorder inherited from parents. The brothers were diagnosed with complete Heterochromia, instead of the central or partial Heterochromia which causes two colors existing together in an Iris.

The condition does not impair vision and is caused due to different concentrations of melanin, a pigment that determines eye and skin color.

Their father, Suat, said that when he took Mehmet to the doctor after noticing the difference in his eye color, and he was told Mehmet might have difficulty seeing out of the blue eye in the future.

If the condition is developed later in life, it might be a result of glaucoma, eye trauma or some types of cancer like neuroblastoma and Melanoma. On the other hand, there are cases in which babies are born with this condition, but within the first six months, their eyes become the same color.

The parents of the unique brothers, Suat and Esra, said they felt lucky to be given such ‘special children’.

Suat Selman added that the boys were initially happy with the attention they received when they were young, but now they feel a bit uncomfortable, and they even shut their eyes in public at times, to avoid attention.

Mehmet and Kerem Selman, stare into the camera with their beautiful blue and brown eyes, caused by a condition called heterochromia 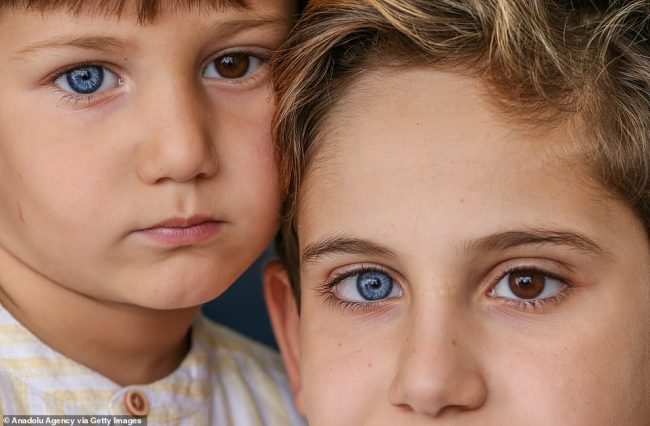 Mehmet, 11, admitted he ‘started loving himself’ after his brother Kerem was born 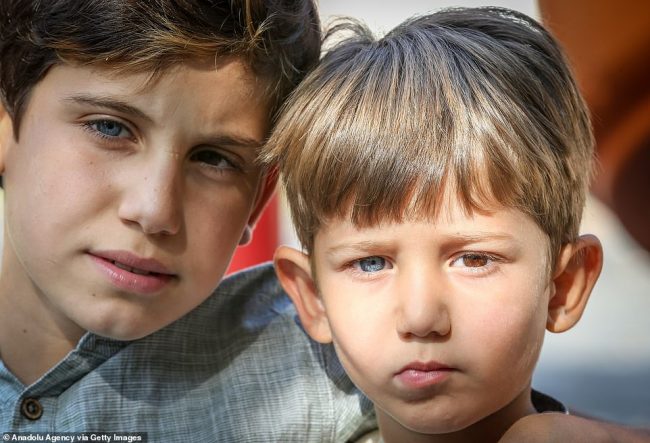 Both of them have ‘complete heterochromia’ 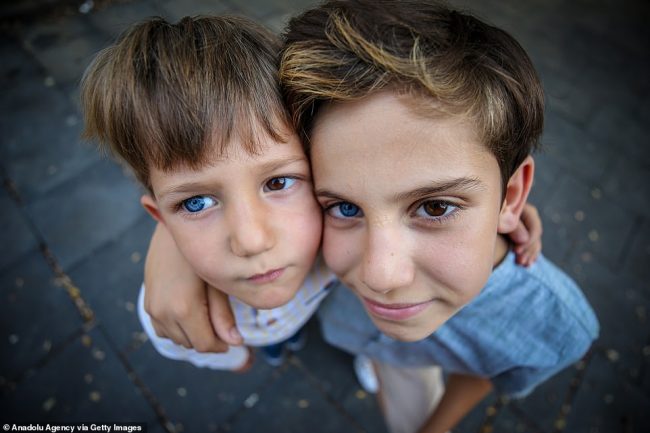 Mehmet’s father took him to see a doctor after he was born, but soon realized his son was ‘a special child’ 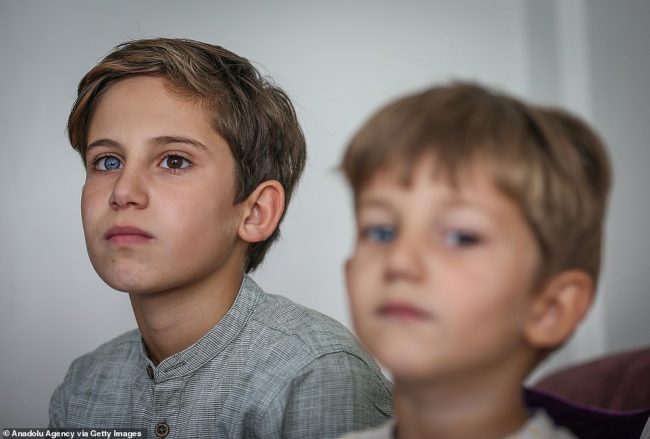 This condition is very rare 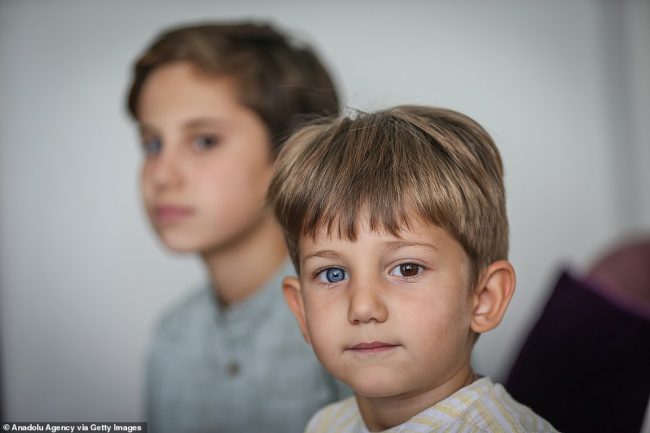 In most cases, the condition, if developed in infancy, is due to inherited genes 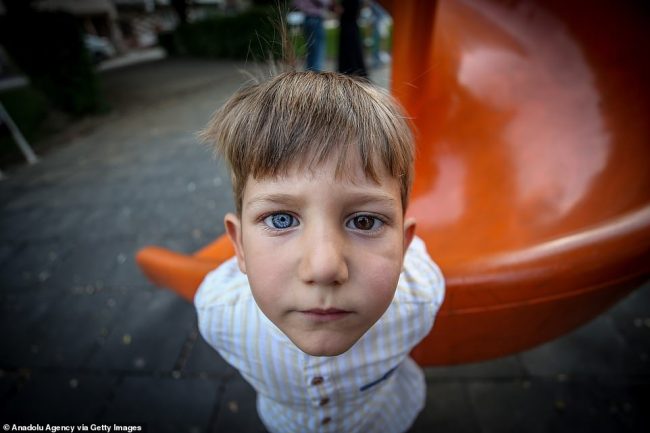 Kerem’s right eye is in extremely light, icy blue color, while his left eye is a very dark brown 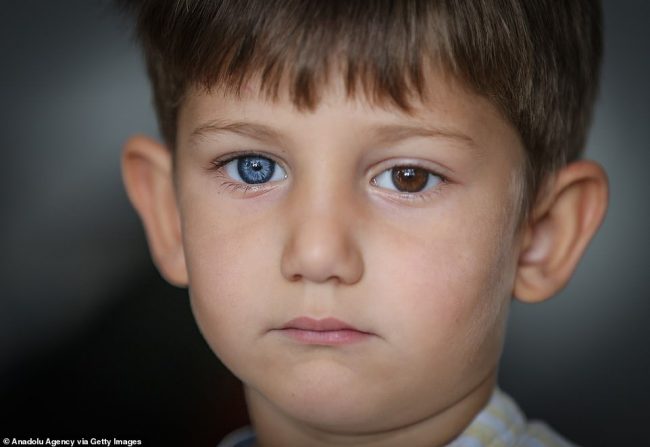 If developed later in life, this condition is usually as a result of glaucoma, eye trauma or as a result of some types of cancer such as neuroblastoma and Melanoma 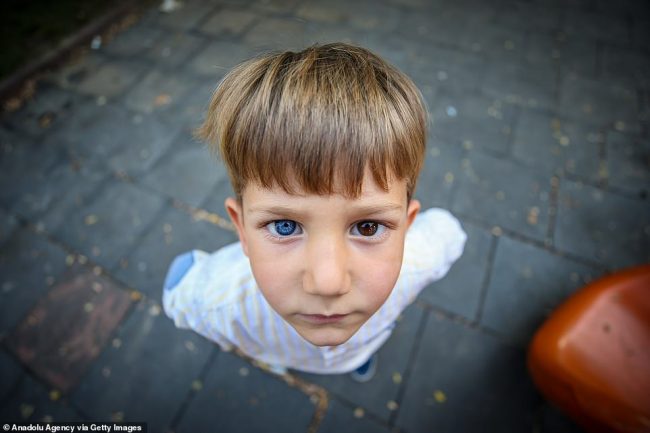 In most cases, heterochromia occur sporadically, but it can be the result of a congenital syndrome 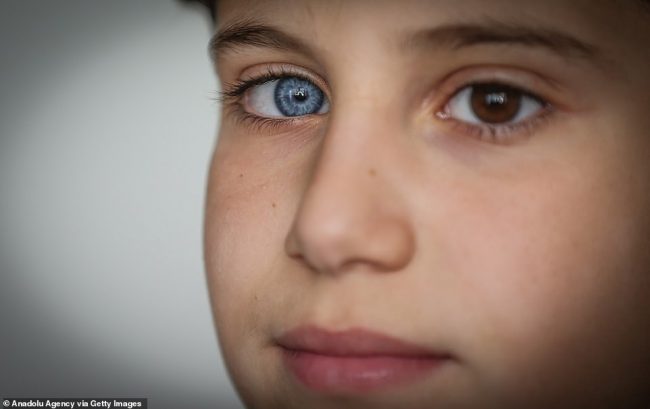 It typically occurs in people with no family history of heterochromia 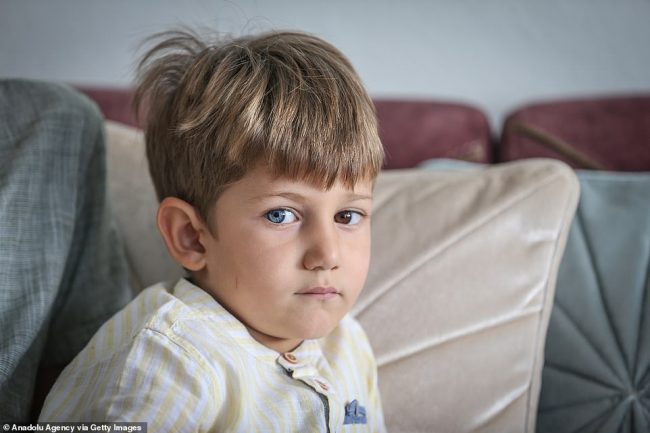 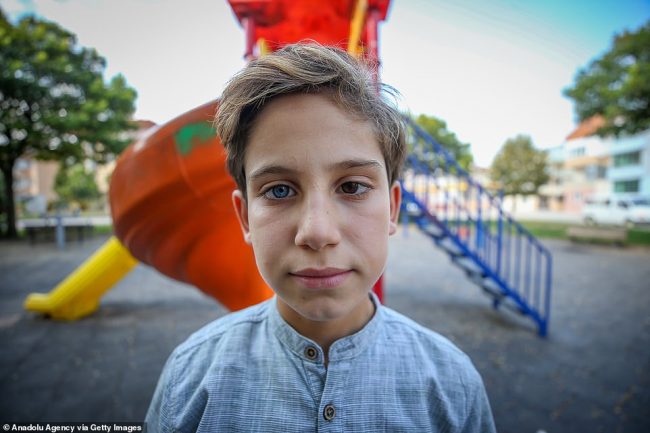 Mehmet and Kerem’s parents, Suat and Esra, consider themselves ‘lucky’ to have such ‘special children’ 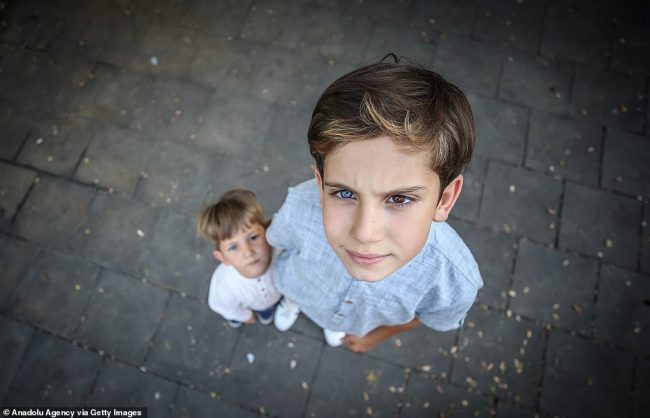 Young Woman Rescues a Wounded "Dog" on the Streets, Finds Out It Was Wild Coyote