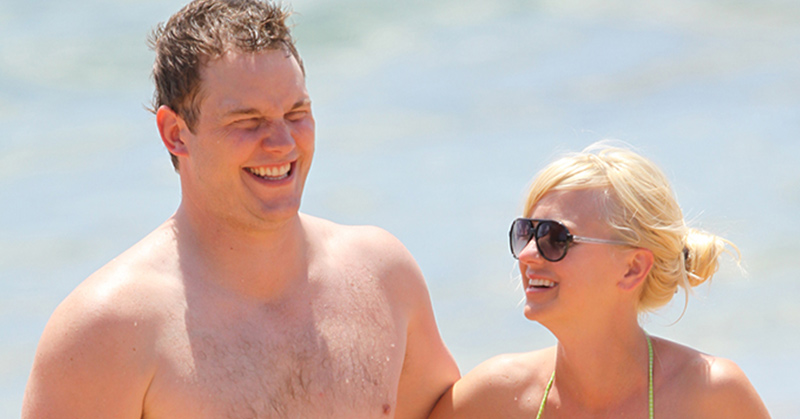 If you have recently got married, people might have already started joking about a few pounds more you or your partner you have gained.

While some people admit they snack more, and others do not have the time to go to the gym, researchers have confirmed that weight gain in a healthy and loving relationship is a real thing.

The reason behind this cannot be confirmed for sure, apparently, and various scientists offer different explanations.

Dr. Catherine Hankey, a nutritionist at the University of Glasgow, says:

“In fact, weight gain is due to mealtimes becoming a central part of a relationship, specifically for those who cohabitate. As a result, couples can gain up to three or four pounds in the first three months of living together, and newlyweds can gain an average of four to five pounds during their first year of marriage.”

Moreover, previously, researchers maintained the health regulation model, and it confirms that people who are satisfied in their life, are generally healthier.

In July 2013, researchers from Southern Methodist University in Dallas conducted a study that involved 169 newlywed couples. They joined them on their marital journeys for four years and found something the opposite.

Spouses shared info about their stress, marital satisfaction, height, weight, and steps toward divorce.  They found that the reason behind the weight gain is actually something called the mating market model.

It suggests that people who are dissatisfied in their relationship actually lose weight, as a way to attract a new mate. On the other hand, happy spouses do not control their weight as they are comfortable where they are.

According to the lead researchers, Andrea Meltzer:

“For each unit of increase in satisfaction found, either by the person or the partner, a 0.12 increase in BMI occurred every six months, on average.”

In February 2018, another 10-year study was published in PLOS One, and it gathered data from 15,001 Australians. The goal was to discover if people in a relationship have an increased risk of weight gain in comparison to single people.

Schoeppe believes that people gain weight while not feeling the pressure of constant dating and “looking your best”:

“When couples don’t need to look attractive and slim to attract a partner, they may feel more comfortable in eating more or eating more foods high in fat and sugar. When couples have children in the household, they tend to eat the children’s leftovers or snacks.”

Yet, weight gain can be a result of various factors, like eating and drinking habits, physical activity, stress, and other everyday habits.

Additionally, according to The Health Orange:

“It’s interesting to note, however, that studies have shown women tend to gain more weight than men in relationships. This is due to a number of factors, such as female metabolism and the fact that women tend to prioritize their relationship’s needs over their own.”

However, regardless of your relationship status, what is really important is to watch those “love pounds”, foster a healthy lifestyle, and control your body weight, as a way to ensure longevity and be much happier in all aspects in life.

You Can Buy Pre-Sliced Frozen Avocados At The Grocery Now